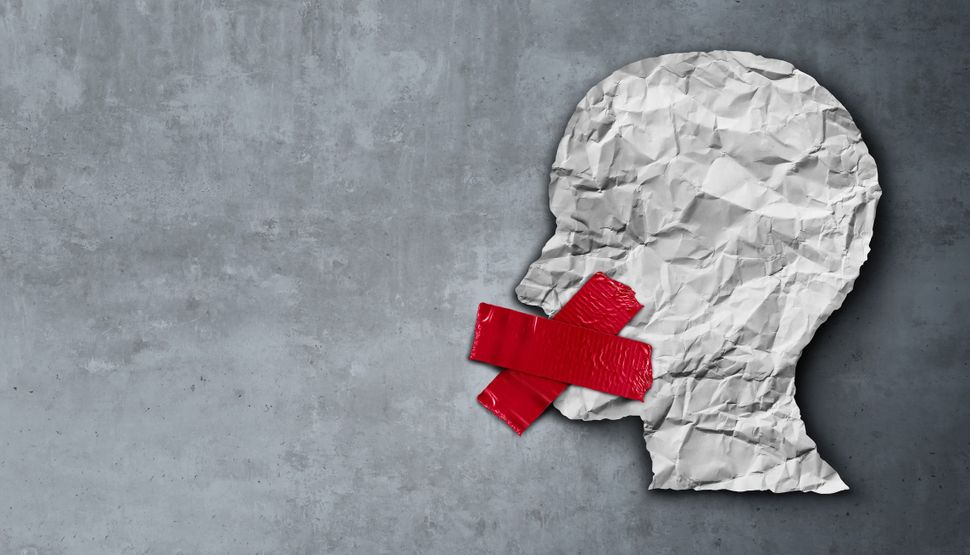 One of the main challenges of being a progressive Jew in America in 2020 is being asked to check our Zionism at the door in order to join conversations or coalitions around civil rights. It happens on college campuses. It happens in Black Lives Matter marches. It hurts.

So it was particularly upsetting to learn that progressive Jews did this exact thing to a Muslim-American leader on Tuesday, disinviting him from panel of civil-rights giants after he published an OpEd in these pages about how Jewish groups unfairly malign Muslims for their views on the Middle East.

The panel, conducted Tuesday at 8 p.m. ET, is titled, “After four years of division, tension and bigotry — now what?” Looks like the answer is more tension and bigotry: Salam Al-Marayati, president of the Muslim Public Affairs Council, was de-platformed because he argued that the Anti-Defamation League “cannot have it both ways” regarding his community.

Al-Marayati praised the ADL for its leadership on civil rights in the OpEd, including standing up against anti-Muslim policies of the Trump administration. But he also said the group has “weaponized antisemitism to marginalize those who criticize Israel” and threatened free speech by trying to criminalize support for the Boycott, Divestment and Sanctions movement against Israel.

He wrote that he had fended off pressure from leftist allies to join their #droptheADL campaign, and agreed to join the Tuesday panel alongside the ADL’s chief executive, Jonathan Greenblatt, because he believed “truth and reconciliation” would make us “better prepared to counter attacks on our communities.”

I published the OpEd because it is important for our community to hear this perspective even if it is hard. I also invited Greenblatt to write a response, which he is working on and we plan to publish.

But the hosts of the panel, the Los Angeles-based Jews United for Democracy and Justice and Community Advocates, Inc., chose to duck the difficulties of this debate. (The Forward is a media sponsor of the event, which means we promoted it in exchange for having our logo on the fliers and offering registrants a discounted subscription.)

In an email to Al-Marayati, David Lehrer, the panel’s moderator — and a former ADL executive — said he was “taken aback,” “surprised and disappointed” in the OpEd, and that he was rescinding the invitation because the event was about “domestic issues and NOT Middle East related issues or personal grievances.” Lehrer and Janice Kamenir-Reznik, chair of the Jews United group, said in an interview that the ADL did not ask them to cancel Al-Marayati.

“This was sabotage,” Kamenir-Reznik said. “Our programs are not intended to be explosive fireworks like this was possibly going to turn into.”

The article “made it very clear he’s going to hijack this program, which would be very disrespectful to the other members of the panel,” she added. “We had a subject, he agreed to that subject, we talked it through, we thought it through, and then he reneged. It was, I think, quite manipulative.”

I strongly disagree. The question of how Muslim-American critics of Israel and supporters of BDS are treated in public discourse is a domestic issue. It is, in fact, of a piece with the issue of how progressive Jews and Zionism are addressed in the very same debates.

Both are part of the broader topic of what will happen after four years of division, tension and bigotry. But they were not addressed in Tuesday night’s panel, which included leaders of the NAACP, the League of United Latin American Citizens and the former head of an Asian-American health organization along with Greenblatt, and had drawn 3,500 registrants.

Al-Marayati’s name and bio were, in fact, erased from the flier attendees saw on screen when they signed on to the event. Kamenir-Reznik introduced the panelists without mentioning his absence. Lehrer finally addressed it 16 minutes in — “for those of you who are wondering” — saying that he was not there because “he wanted to address foreign policy” so “we decided” that would be better done another time.

The Forward will happily host a forum to delve into these difficult nuances. I hope Greenblatt and Al-Marayati will join me for such a discussion — and Lehrer is welcome to join the panel, too, to raise any objections. We need to talk about all of it, together.