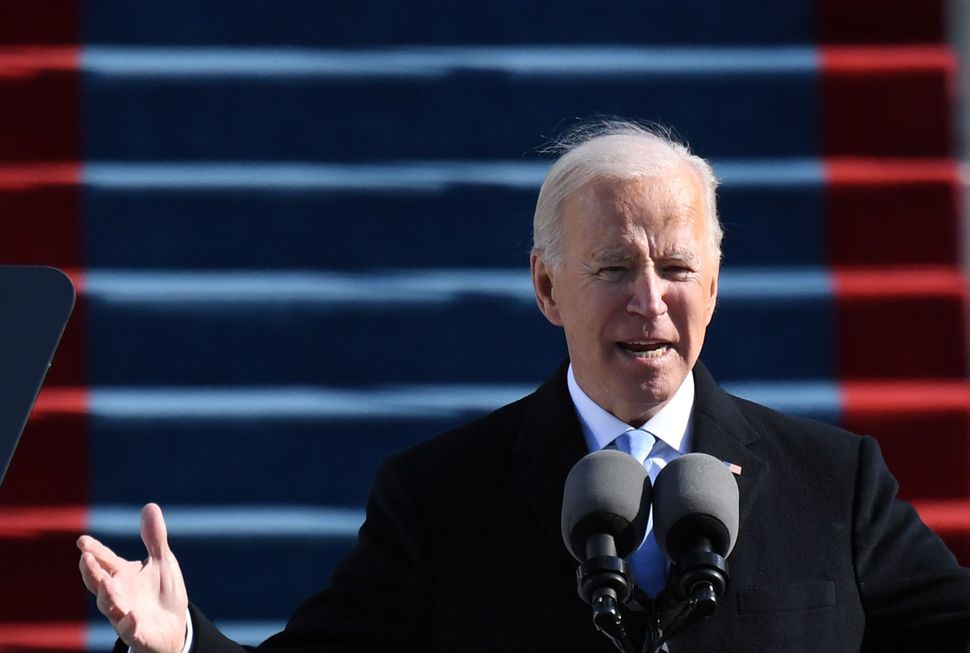 I’ve long believed that the most important superpower for an editor, or perhaps any manager, is the ability to match a particular individual to a particular assignment. With his pitch-perfect inaugural address on Wednesday, Joe Biden showed the American people that we nailed it by electing him our 46th president.

I am not, I should say, a huge Biden fan. I think 78 is not the ideal age for any new chief executive, never mind Commander-in-Chief of the most complicated country on Earth. I don’t love long-serving politicians rooted in the ways of Washington.

And while I am moved by his backstory, I’ve always found Biden …boring, to tell the truth. Other than the most important one — the historic selection of Kamala Harris as the first woman and first person of color to serve as Vice President — I have thought many of Biden’s nominations so far uninspiring, an old-guard revival rather than a new generation of leaders.

But he gave the speech we needed to hear on Wednesday. And he was the absolute right person to deliver it.

There was no soaring rhetoric. Instead, there were short, straightforward sentences. In plain language, Biden said clearly what his administration will be about: hope, empathy, unity, truth.

“This is democracy’s day,” he began, saying his campaign had been not about a candidate but about “the cause of democracy.” Democracy, he added, “is precious, fragile.” And: “Democracy has prevailed.”

He did not detail his ambitious agenda for his first 100 days. He did speak about the scourge of white supremacy, a first in any inaugural address, and a reminder — of special significance to our Jewish communities — that he has repeatedly cited the deadly Charlottesville rally in which extremists chanted “Jews will not replace us” as what propelled him to make another bid for the White House.

“We can see each other not as adversaries but as neighbors,” Biden said. “We can treat each other with dignity and respect. We can join forces, stop the shouting, and lower the temperature.

“This is our historic moment of crisis and challenge,” he added, “and unity is the path forward.”

At another time, from another mouth, these might have sounded like the stalest of political talking points. But after the most polarizing campaign in memory and the Jan. 6 siege on the Capitol incited by a sore-loser president — coming from a guy who owes his nomination to African Americans in the South and his election to the industrial midwest — it sounded authentic.

It also sounded doable. “My whole soul is in it,” Biden said, echoing Abraham Lincoln at the signing of the Emancipation Proclamation. “Joy cometh in the morning,” he said, quoting the same Psalm as my favorite president, Jed Bartlet of “The West Wing.”

Then there was the silence. A simple moment of silence for the 400,000 Americans lost so far to the coronavirus — “more lives in one year,” as Biden noted, than “American lost in all of World War II.” In this most routine act of collective public mourning, something that his predecessor somehow never bothered with, Biden set us on a path back to normal.

It’s a new normal, of course. The aerial photographs of the socially distant seating, the thick plexiglass protectors, the fist bumps (mostly) in lieu of handshakes and the ubiquitous masks were all stark reminders of the threats we face.

But behind those masks were all the staples of inaugurals past: ex-presidents from both parties (had to love W’s little American flag). The Supremes in their robes. The soldiers in the color guard. The historic flags showing our origins and our progress.

And Jennifer Lopez, in all her white and bling, with a moving medley of two American classics. When she sang, “This land is your land, this land is my land,” a little slower than usual, I was surprised and yet not to find my eyes welling up. Yes: your land and my land! Our land, our nation, our democracy.

Hours earlier, I’d woken my kids up by calling, “Happy inauguration day — the first day of the rest of your lives,” My daughter, who is 13, shouted back, “That’s true every day.”