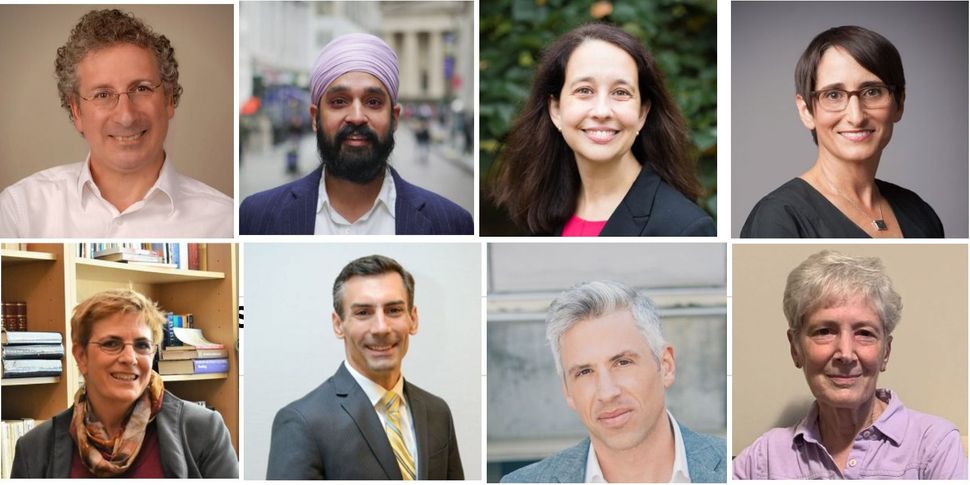 Prof. Marc Brettler started writing his letter to Joe Biden before he actually became president, optimistic for what the future held. But after the Jan. 6 insurrection at the Capitol, Brettler said in an interview, he went back and edited the letter to emphasize “the urgency to call for justice.”

“There was this sense that things had gone terribly wrong,” he said.

In his letter, Brettler, a professor of Jewish studies at Duke University wrote “I believe that sections of all the world’s scriptures — including the Hebrew Bible, my scripture — have the ability to heal.”

Brettler is one of 100 religious scholars and leaders who are writing letters to the president, vice president and members of Congress — one for each of the first 100 days of the Biden administration. These Jewish, Christian, Hindu, Muslim and other faith leaders were asked to share how their respective traditions speak to this current, charged political moment.

Rabbi Andrea Weiss, Provost of Hebrew Union College-Jewish Institute of Religion (HUC-JIR), first organized the drive in 2017, writing to President Trump, Vice President Pence, and Members of the 115th Congress. Weiss said in an interview that she had not originally planned to repeat the project this year, but that the tense four days after the November election in which the outcome — and whether it would be widely accepted — was unclear changed her mind.

“I still didn’t know what the election result was going to be, but I knew that we had a very divided country,” she explained. “I thought maybe we need these letters just as much now, if not more, than we did four years ago”

Each day, Weiss publishes a new letter to the project’s website, emails the chief of staff and legislative director for each of 535 members of the 117th Congress, and prints, stamps and sends copies to President Biden, Vice President Kamala Harris.

Edited excerpts from Brettler’s and Weiss’s letters, and seven others, are below. The American Values, Religious Voices: 100 days, 100 letters campaign was funded by HUC-JIR and the Lippman Kanfer Foundation for Living Torah. Click here to read the full versions, as well as the other letters. 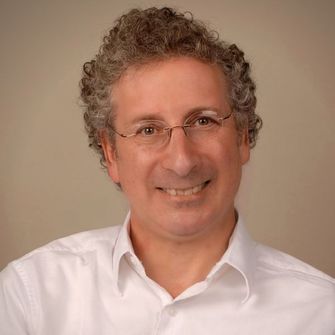 Four years ago, after the election results were announced, I wrote two biblical quotations in Hebrew on my office door, so that I would see them daily, be reminded of their truth, and be spurred to action.

The first was from Deuteronomy 16:20, which should be translated as: “After justice, after justice, must you chase.” (Most English translations miss how emphatic this command is.) You do, and should, get tired from such sprinting—but it is essential to keep running after justice and to call out and to redress injustice, wherever you may find it.

My second quote is more tranquil and aims to counterbalance the frenetic image of the first: “love truth and shalom” (Zechariah 8:19). While guiding the Jews to recover from a traumatic national calamity, the prophet Zechariah was an optimist.

May this administration use scriptures well, to chase justice and to love the truth, supporting the well-being and peace for all of us. I look forward to the day when this happens. When it does, I will no longer need these Bible verses as a reminder on my office door. 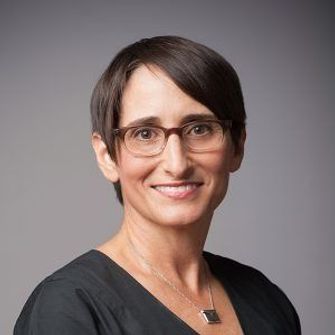 Hope leads to disappointment when an anticipated positive outcome fails to come to fruition. How can we hold both hope and disappointment, in our own lives and in your work as our elected leaders?

Take that advice to heart as you get to work. Be courageous. Be kind. Be hopeful about your ability to bring about a better world.

Ryan Bonfiglio, professor of the Old Testament at Emory University: 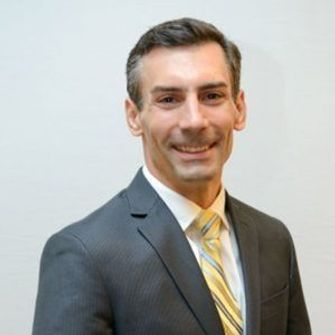 The book of Psalms has nourished the spirituality of Jews and Christians alike throughout the ages.

Of particular importance are the psalms of lament. Comprising over 40 percent of the Psalter, these prayers offer heartrending expressions of protest in the face of injustice and tragedy.

There is much to lament in our world: the devastating effects of an ongoing pandemic, families facing unprecedented financial hardships, communities fractured by racial injustice, a nation torn asunder by political strife, natural disasters spurred on by unchecked global warming.

Listen carefully to our laments. Do not respond with superficial optimism that denies the hard realities many are facing. Do not yearn with misdirected nostalgia for a time when things were perceived to be better. Rather, nourish the sort of hope and compassion that can guide us in our present pain. 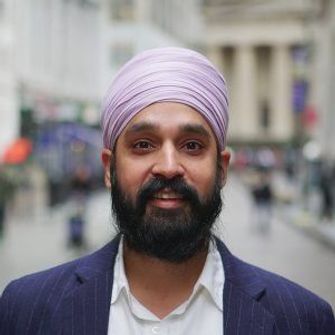 I have learned that leadership is at its best when it is rooted in compassion and humility. The poorest leaders are those who work for their own gain and seek to serve themselves. The greatest leaders are those who are connected to their people and work for the benefit of those they serve. One approach is self-centered and leads to disconnection, while the other is inspired by love and produces justice. We have seen with our own eyes the difference between the two.

In the Sikh tradition, we refer to this selfless, love-inspired service as seva. It is both the natural expression of our love and the practice for cultivating love. Service, we believe, is the goal and the practice. We believe this because service itself is love.

One of the most commonly sung praises of Guru Gobind Singh, the tenth Sikh guru, announces: “vaho vaho gobind singh aapay gurchela. Amazing, amazing is Gobind Singh, who is both the guru and the servant.” 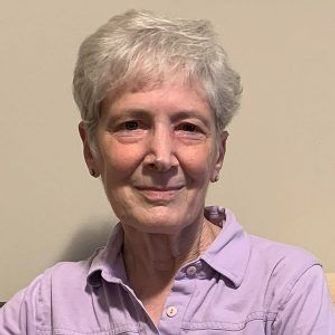 At a crucial moment of leadership transition in the history of ancient Israel, the Israelites were about to cross the Jordan River without Moses at their head. As Moses passed on the mantle of authority to Joshua, he enjoined his successor and the assembled community, “Be strong and resolute” (Deuteronomy 31:8).

Be strong and resolute! Act boldly and decisively to bring the pandemic under control.

Be strong and resolute in addressing the profound social inequities revealed by the pandemic.

Be strong and resolute in confronting the climate crisis and its relationship to the pandemic.

With these and so many other profound challenges facing the nation, now is the time to channel Moses’ words and set a transformative agenda with boldness and resolution. 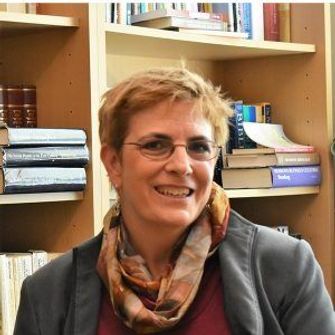 Hope is not idle optimism that all will turn out for the best, but active faith that the world can be different than it is and that we can play a part in shaping it.

Lia Howard, administrator and advisor at the University of Pennsylvania: 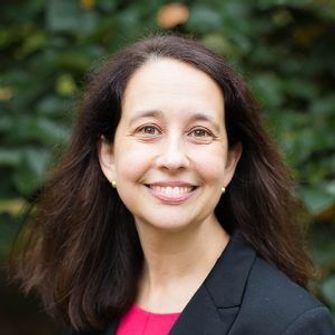 Being a peacemaker requires the ability to discern truthfully the areas of conflict between different groups. Being a peacemaker, calls for accountability and clear-eyed acknowledgement of the tensions before groups can be reconciled.

As leaders, there will be temptations to smooth over the cracks in our nation caused by these tensions, to ignore them or cynically exploit them to divide others without hope for reconciliation.

May the peace that we feel be a positive peace, the holistic peace of shalom. 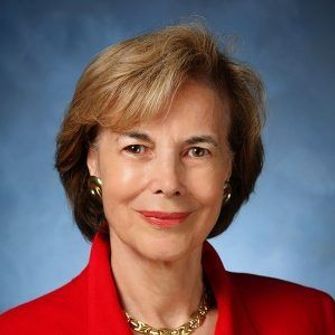 The line emblazoned on our Liberty Bell, “Proclaim liberty throughout the land,” comes from the biblical book of Leviticus (25:10).

Many Americans consider it a call to independence, affirming the privilege of doing as one wishes (as long as it does not harm others). However, its biblical meaning is the opposite: “Proclaim liberty” means recognizing our interdependence and creating a socioeconomic safety net that prevents families from falling into irreversible poverty. 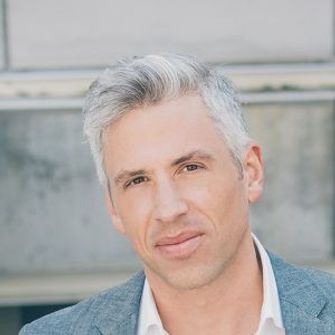 At the center of the Torah, and as the foundational text of Judaism, the book of Leviticus teaches that true liberty requires a new infrastructure and society — one that ensures that all, both citizen and stranger, have a secure dwelling place and means of livelihood.

As Americans, we can aspire to nothing less.

Zachariah Sippy is an intern at the Forward. He can be reached on Twitter or by email.