The world faces new antisemitic threats, and Biden must adopt new tools to fight them 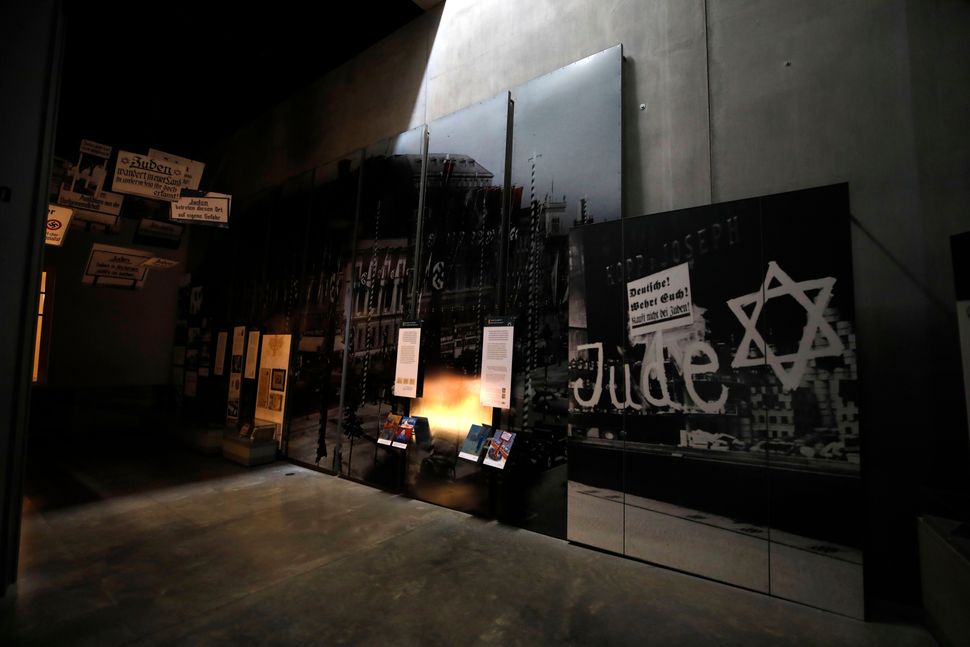 As seditionists attacked our Capitol building with antisemitic symbols adorned to their tactical vests, emblazoned on their shirts and scrawled on flags they waved, America witnessed the latest results of a growing global crisis of antisemitism our nation can no longer afford to ignore.

In the past five years, we have observed a dramatic change in this hatred as it leverages new technologies to rapidly spread worldwide, and disguises itself in other, oftentimes legitimate political causes. The threat of this new surge of antisemitism to both our nation and the world is real and requires us to assert strong U.S. leadership in combating antisemitism and all forms of hate.

The Biden-Harris administration faces a major challenge. It must replace obsolete tactics, policies and tools for combating antisemitism with forward-looking global strategies. To craft these new strategies, it will be critical to change how we view the issue by incorporating a global lens, a technological lens and an intersectional lens.

The good news is that the modern manifestations of hate have been unequivocally recognized and established. There is no question that extremist ideologies have become mainstreamed and are reverberating through our social media platforms, that university campuses have become a new hub for extremist recruitment across the globe, and that the coming together of the extreme left and the extreme right in Europe have led to dangerous legislative partnerships that imperil the future of Jewish life in Europe.

In Argentina, home to Latin America’s largest Jewish community, antisemitic incidents in person or online more than doubled during 2018, the most recent year for which public data are available.

If the battle against COVID-19 has taught us anything, it is that global problems require global solutions. If we are to tackle the crisis of antisemitism, we need to use an approach unbound by national borders, one that targets the worldwide groundswell of political instrumentalization of antisemitism. As populist ethnonationalism and white supremacy began to run rampant, the Anti-Defamation League’s Center on Extremism documented the alliances and coordination of this poisonous and violent movement across the Atlantic in our seminal 2019 report, about which I testified before Congress.

Unless we too see the menace of antisemitism as an interconnected and mutually reinforcing global tidal wave, we will be doomed to ineffective piecemeal solutions.

Yes, the scourge of antisemitism is millennia old, but its proponent’s strategies and tactics are modern. They now make extensive use of social media and gaming platforms to “market” hateful ideas or to recruit new followers. It is in these new vectors of hate where the most malignant sources of antisemitism now reside.

Hence, we too must explore technology-based solutions for the explosion of hate online. The perpetrators of attacks on the Christchurch mosque in New Zealand, the Tree of Life synagogue in Pittsburgh, the Poway Chabad synagogue outside San Diego, the El Paso Walmart and the Halle Synagogue in Germany all made references to one another. The reason: they were inspired by one another’s barbaric acts online. Unless we look to innovation to drive solutions, we will be doomed to using archaic and obsolete tools.

Finally, we understand that societies that hate one group have the potential to hate others. The defense against hate demands that alliances and coalitions speak up for one another. As a Jewish Iranian-American immigrant, and in my role at the ADL, I’ve spent the last four years meeting with and dissecting the patterns of threat posed to Jewish communities around the globe, from Europe to the Middle East, Latin America, Africa and the Far East. The lens through which I have conducted my analysis and developed my policy prioritization is heavily influenced by my intersectional identity.

As a member of the small and vulnerable Jewish community of Iran, I was born into a culture of systemic antisemitism and was forced to flee by a revolution hijacked by zealotry and blind fundamentalism. I understand the price minority communities pay when they are targeted and scapegoated. If we limit our view of antisemitism to archaic one-dimensional understandings of the sources of the threats posed to Jewish communities, we are doomed to diagnoses and solutions that are myopic and off-target.

The effectiveness of the Biden-Harris administration’s efforts to combat global antisemitism will be judged by the degree to which it prioritizes this threat. But it will also be judged by its approach to addressing this disease. Will it be piecemeal or holistic? Will it use obsolete and archaic tools, or ones that are innovative and technologically advanced? Will it be merely reactive, or strategic, proactive and intersectional?

Our country and communities feel more divided than ever, and maybe that feeling is warranted. We have needlessly lost so many innocent lives to disease and to racism, to extremism and conspiratorial thinking. So let’s follow the advice of the late Supreme Court Justice Ruth Bader Ginsburg, who said “Fight for the things that you care about, but do it in a way that will lead others to join you.”

Let’s fight antisemitism in a way that brings our community together and heals. Not just our American community, but our global community.

Dr. Sharon Nazarian is the Senior Vice President for International Affairs at the Anti-Defamation League.

The world faces new antisemitic threats, and Biden must adopt new tools to fight them