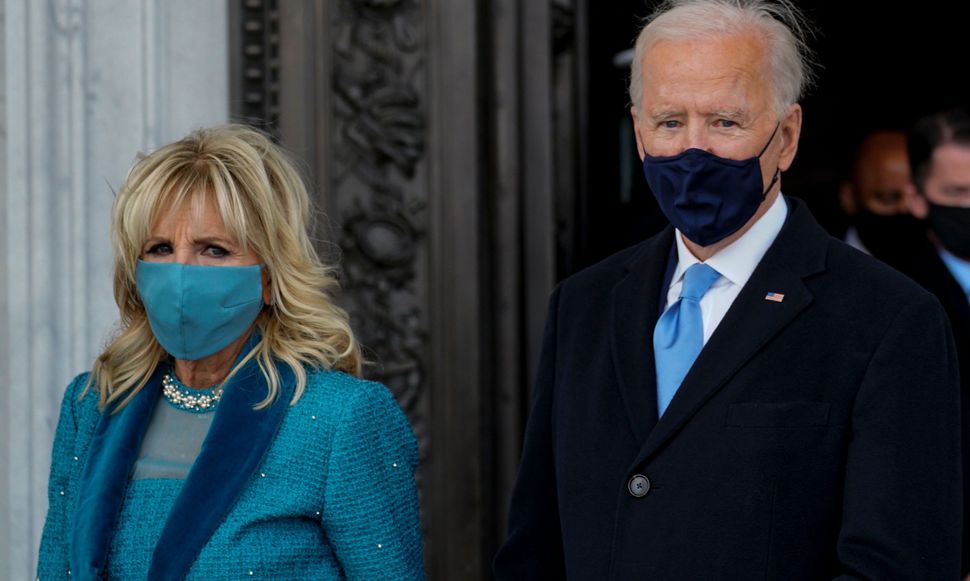 Across social media, I see some of the most unadulterated rejoicing I have seen in years — specifically, four of them. Countdowns to Donald Trump’s exit and Joe Biden’s swearing-in and declarations that “the nightmare is over” proliferated in the lead-up to inauguration day. Jokes about Bernie Sanders’ inaugural attire abounded, as if the nation were enjoying the light, post-nerves laughter that instinctively burbles after you’ve managed to get through something extremely stressful.

My friends, classmates and colleagues seem to be engaging collectively in a day of joy and celebration. There were times I found myself swept up in it, too. President Biden gave a deeply inspiring speech, saying much that many of us have longed to hear our leaders say. Amanda Gorman’s poem recitation was stirring; her sense of hope seemed to make the sun shine brighter over the Capitol. And we finally have a woman — and a woman of color — in the second highest office in the land.

But as much as I want to be overtaken by the wave of pure celebration, even if just for a day, I feel caution pulling at me.

It’s not that I don’t have faith in the Biden administration. I believe that it will bring desperately-needed change on some of the gravest issues plaguing our country. I have no doubt that America is in infinitely better hands for tackling the COVID-19 pandemic, the myriad and severe problems of entrenched racism and the underlying current of polarization that makes even small disagreements feel like chasms today. There are many reasons to have hope for a better four years to come.

But it would feel like I were lying to myself if I took a smiling selfie with a bottle of champagne and pretended a Biden administration could fix all my worries as an American and, specifically, an American Jew.

Exactly two weeks ago, there was a terrifying, lethal attack on the Capitol that exposed how woefully unprepared we are to deal with the threat of white supremacy. Jews were already intimately familiar with this threat, and we didn’t need the infamous picture of the rioter in the “Camp Auschwitz” sweatshirt to remind us who they were after.

In the first year of the Trump presidency, white nationalists stormed Charlottesville, Va. chanting “Jews will not replace us.” According to the local rabbi, three even positioned themselves across the street from a local synagogue with semi-automatic rifles.

A year later, 11 of our brothers and sisters in Pittsburgh were murdered in a synagogue, on Shabbat, at the hands of a white nationalist. Around six months later, a teenager killed one woman praying at Chabad of Poway in San Diego and wounded three others, telling the dispatcher that “I’m just trying to defend my nation from the Jewish people … They’re destroying our people.”

You don’t need an ADL report to tell you that white nationalism has manifested in bolder and more horrifying ways since Trump began his presidential campaign. But while Trump exploited aspects of white nationalism for his gain, he didn’t create it. The anger, desperation and misinformation fueling it were present and deadly before he ran for president. In 2014, more than a year before Trump even announced his candidacy, a white supremacist opened fire on the Overland Park Jewish Community Center in Kansas, killing three. Jews made up the clear majority of victims of religion-based attacks not only through the Trump years, but also through Barack Obama’s and George W. Bush’s administrations. The threat white supremacy poses to the Jewish community, and the country at large, will not disappear now that Trump is gone. I’m not even sure it will dissipate.

However, we would be laughably naïve to think that a change from red to blue will in and of itself solve the national problems with antisemitism. So far, we’ve mostly faced lethal attacks from white supremacists, but not exclusively. After an attack on a kosher supermarket in Jersey City in December 2019 left six people dead, at least one of the two suspects appeared linked to the antisemitic Black Hebrew Israelite movement, and a local board of education member justified the attack and denounced the “brutes in the Jewish community.”

And lethal violence is not the only measurement of antisemitism. We’ve faced antisemitic slurs and threats from the far-right. But we’ve also been told by voices in the “progressive” left that the hatred directed towards us is either justified — because even obvious antisemitism can be dressed up as the more socially-acceptable anti-Zionism — or something to be minimized. Hillel reported that antisemitic harassment on college campuses hit an all-time high in the 2019-2020 year; Hillel International’s Mark Rotenberg credited the change to both “far right and far left ideological orientations.”

Moreover, American Jews are familiar with the ramifications from the “progressive” left if we support Israel’s right to exist. We’re tossed out of progressive spaces. We had a Demcratic member of Congress, Ilhan Omar, question our loyalty—and then watched her fellow Democrats fail to agree, in Rep. Ted Deutch’s words, to “singularly condemn anti-Semitism.” We watched Rep. Jim Clyburn, one of the most prominent Democrats in Congress, hurtfully justify Omar’s remarks by minimizing the impact of the Holocaust on the children of survivors.

Part of me — a big part of me — feels like Debbie Downer recalling this litany of violence, harassment, denigration and hate on a day that feels like it should be fully celebratory. Why can’t I just kvell over having a Jewish second gentleman in Doug Emhoff?

But even though I can’t pretend that a new president means everything will simply be better for the country at large or for the Jewish community in particular, I can see a way forward — perhaps a slow one. Remembering the outrages not only of the past four years, but also further back, is the first step in correcting them. Doing so will remind us of how multifaceted the problems facing the country are and how much work we must commit to.

The pain and worry evoked by these memories are worth flattening a few champagne bubbles of excitement today. They will make the real change, when it eventually occurs, all the sweeter.

Emily Shire writes and speaks about Judaism, Israel, feminism and pop culture, and her work has appeared in the New York Times, The Daily Beast, WashingtonPost.com, Slate and Salon.