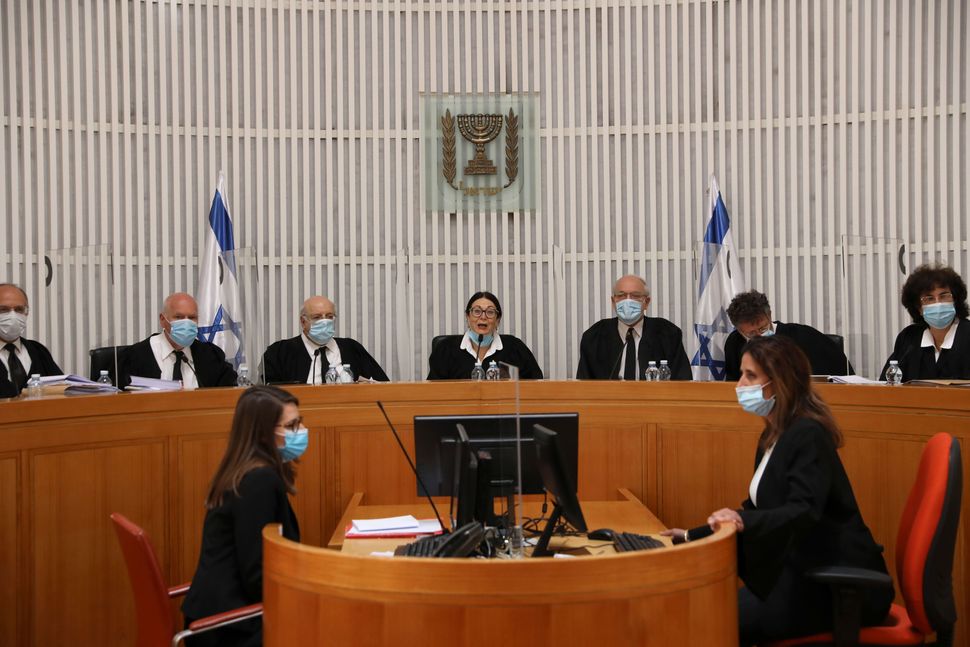 As a convert to Judaism, it’s frequently the case that when conversion and Israel come into the news, I avoid reading the stories. It’s simply never good news.

Writing for the Times of Israel, Haviv Rettig Gur explains:

Monday’s ruling is, in a sense, very narrow. It instructs the Interior Ministry (but not the rabbinate) to recognize as Jewish for the purposes of immigration (but for no other purposes, such as marriage or burial) only those few Reform and Conservative conversions conducted each year inside Israel. That’s the change.

So what does that really mean?

And why did the ruling finally come down, 15 years after the case it responds to was filed, just a few weeks before a new Israeli election?

This impact of this decision on that election, Israel’s fourth in two years, will be significant. While it will still largely be “a referendum on Netanyahu’s leadership and suitability,” The Times of Israel noted, it will also now encompass “the struggle between the broadly Orthodox right, with whom the secular Netanyahu has long been allied, and the secular left.”

Along with politicians, religious leaders on the left and the right weighed in along predictable lines. Liberal rabbis celebrated victory, while both of Israel’s chief rabbis condemned the decision, which, said Sephardic Chief Rabbi Yitzhak Yosef as quoted by The Times, “will mean including thousands of gentiles among the people of Israel.” The Ashkenazi chief rabbi, David Lau, stated that Reform and Conservative converts are “not Jews” and that no court ruling could “change this fact.”

So, the fine print: Even a “ground-breaking” and “landmark” decision that will supposedly help make conversions more accepted in Israel isn’t actually about converts at all.

Instead, as usual, conversion is being used as a political and power football.

This has always been the problem with how Israel has handled conversion: It treats actual converts and their needs as being of no consequence. Converts are seen as worthy of attention only as proxies in fights over political and religious power between those who have self-righteously deemed themselves the true representatives and protectors of the Jewish people and Judaism. That objectification isn’t restricted to any one religious sect of Judaism; I’ve seen it in all of them, from the far-left to the far-right.

The proof of that indifference to the converted is in how Israeli media has so far handled the decision — that is to say, with very little curiosity about actual converts behind the case, or about the limbo they’ve been kept in for over a decade while they waited for a ruling from the High Court. The actual people involved, and their plight for the last 15 years, is an afterthought in the country’s imagination — if even that.

So: Could this ruling actually bring good news for Reform and Conservative converts, not just those who complete their conversions in Israel, but also those outside it?

To me, it seems unlikely. Good news would mean there was some sort of political incentive for those in power to go to any effort to recognize and embrace converts as part of the Jewish people. This decision doesn’t meet that bar.

I’d say it’s totally antithetical to Judaism to treat those who have expressed a sincere desire to join the Jewish people as political pawns, but what do I know? I’m just a convert.