Why are the Ultra-Orthodox treated like extremists when we vote? 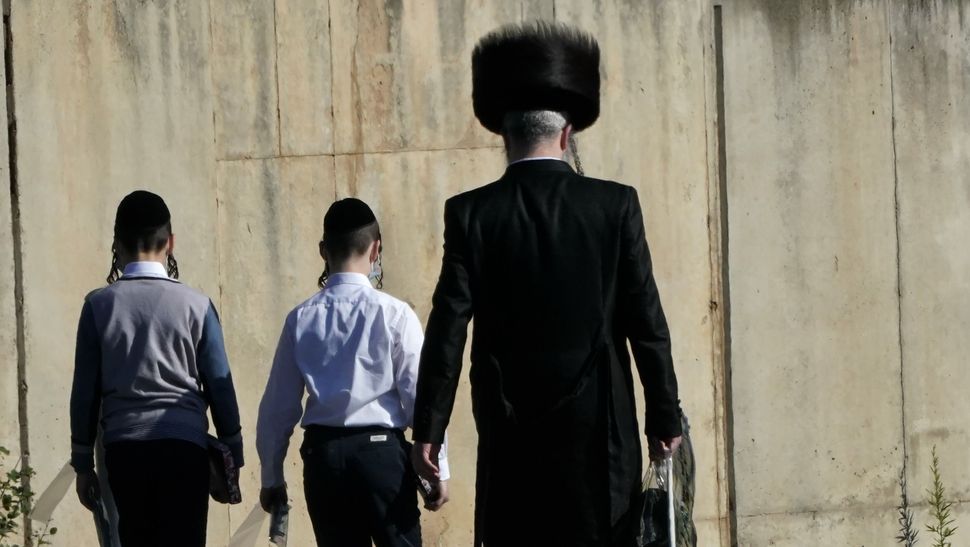 Finally! The Ultra-Orthodox bloc has been defeated!

Well, no one put it quite that way — at least not publicly — in January, when a lawsuit brought by the NAACP in the upstate community of East Ramapo was successful, and federal appeals court ruled that the voting method that had elected a majority Orthodox Jewish local school board had violated the Voting Rights Act.

But Donna Lieberman, the executive director of the New York Civil Liberties Union, which represented the NAACP in the case, came close.

The ruling, she announced, “reaffirms what’s been clear all along: The white private school community hijacked East Ramapo’s school board and its elections.”

In East Ramapo, the Orthodox members of the school board were assailed after advocating to provide legally required services for their districts’ private schools — think: secular textbooks, busing, special education. For context, 30,000 students are enrolled in East Ramapo’s local yeshivas, compared to some 9,000 in public schools. No matter, it was argued: the district budget required belt-tightening.

Ironically, the ruling celebrated by the NYCLU had no effect. It ordered that the district be divided into different wards, in order to allow non-Jewish minorities to elect school board members they favored.

The first election using the new system took place on February 2. The results yielded precisely the same proportion of school board members as before: six Jewish, three non-Jewish.

No hijacking was reported.

East Ramapo is one of several localities with active Orthodox Jewish populations, primarily in upstate New York and suburban New Jersey, that have seen friction between the local Orthodox community and its neighbors. Often, such tensions are blamed on a murky Orthodox “bloc,” a word that carries a whiff of creepiness. Think “Soviet bloc” or “Communist bloc.”

Each time, the Orthodox community ends up being portrayed as some new incarnation of white supremacy. It’s a lie with major implications, including the risk of stoking other minorities’ animus for Jews. Yes, we’re a minority too, remember?

There’s often nonjudgmental talk of minority groups as voting along recognizable lines — “the black vote,” say, or “the Hispanic vote.” Why are only Haredim deemed a “bloc?” Use your imagination.

What actually happened in East Ramapo is called democracy. The Orthodox community took its civic responsibility and legitimate self-interests — not to mention laws like those that mandate certain services for all American children — seriously. And so we voted.

Why, over and over, are we vilified for voting, just as others do?

The latest invoker of the term “bloc” to describe Orthodox voters — with the adjective “extremist” added for good measure — was Susan Lerner, executive director of Common Cause New York.

In a February interview with Gothamist, Lerner responded to a question about mayoral candidate Andrew Yang’s thoughtful and reasoned defense of yeshiva education — he has witnessed and duly noted its positive results — with the opinion that “If you’re pandering to an extremist bloc, you’re perhaps not being strategic.”

It wasn’t only Orthodox Jews who found that sentence obnoxious. Mayor Bill de Blasio, who knows the Orthodox community well, publicly condemned Lerner’s words as a “horrible” characterization of it.

Ms. Lerner eventually offered an apology of sorts, for “causing anyone offense.” And she expressed regret for her “poor word choice.”

Yes, she did cause offense. And yes, her choice of words was infelicitous. But, unfortunately, the feelings that produced the unguarded words were well reflected in them.

And those feelings, in the hearts of many, remain firmly and unfortunately in place.

We Haredim are not extremists, and we are not a bloc. We are American citizens who deeply appreciate the freedoms and rights our country offers us, and who proudly advocate for our interests. It’s time — in fact, well past time — that those who wish we did otherwise stop subtly othering us.

Rabbi Avi Shafran is a columnist for Ami Magazine, blogs at rabbiavishafran.com and serves as Agudath Israel of America’s director of public affairs.

Why are the Ultra-Orthodox treated like extremists when we vote?