I’m a Jewish teen exhausted by violence, and I can’t keep waiting for adults to fix it 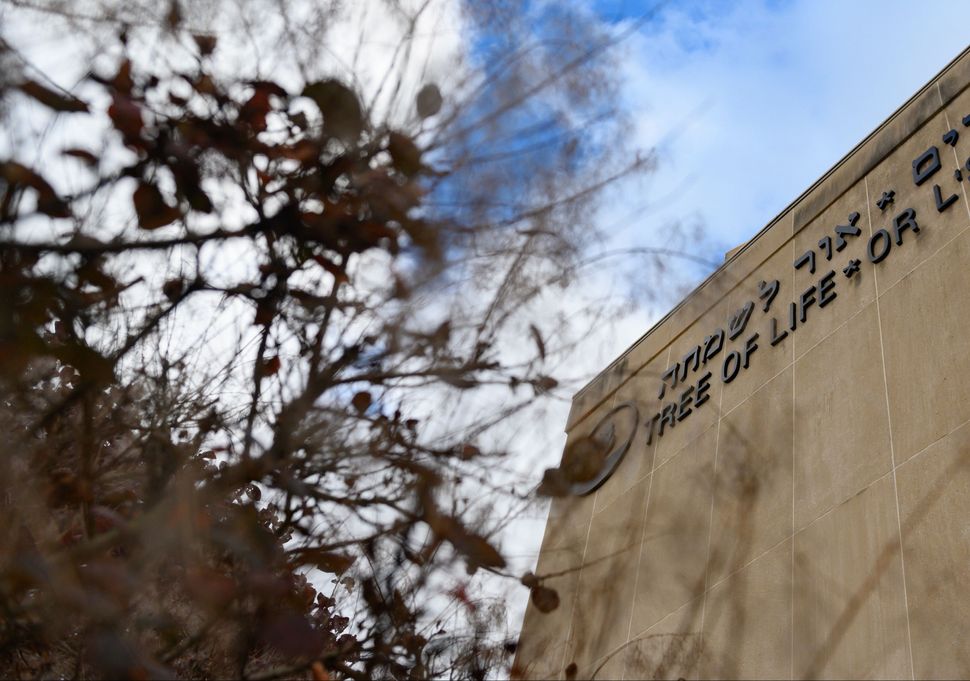 The Tree of Life Synagogue on the 1st Anniversary of the attack on October 27, 2019 in Pittsburgh, Pennsylvania. By Jeff Swensen/Getty Images

When the Capitol was being stormed by insurrectionists, I was at home doing virtual high school and worrying about a tough history essay that I was writing.

As a teenager growing up in Washington, D.C. — I live about a 30-minute walk from the Capitol — the attack felt very personal and close to home, especially as my mom works on Capitol Hill. A little over two years since the shooting at the Tree of Life — my grandma’s synagogue — I once again had to say “luckily she was not there that day.” Once again, our family was waiting to hear if everyone was physically well after an attack by white supremacists.

The Capitol is a real place for me. When my younger brother and I were little and didn’t have school, we went to work with our mom. We loved eating the pizza from the cafeteria and riding the one-stop subway from her office building to the Capitol. Occasionally, a representative would give us a challenge coin. Once, we had the privilege of seeing the late Civil Rights leader Rep. John Lewis walking in the hallway.

Juxtaposing those memories with the images of the Jan. 6 attack, including one of an insurrectionist wearing a Camp Auschwitz sweatshirt and another of a man strolling through the Capitol carrying a Confederate flag, is jolting.

It seems clear that we are, broadly speaking, on two paths in this country. One path leads to a reckoning with our nation’s history; that path helped lead to the late December removal of the Robert E. Lee statue from the Capitol. The other path is that which led to the Confederate flag being paraded around the Capitol, and a sitting Congresswoman’s belief that Jews might have caused forest fires with space lasers.

The consequences of taking this second path can literally be deadly. Let’s not forget about the Comet Ping Pong pizza restaurant in Washington, DC. I’ve been there. It’s a great place for families to go because you play ping pong while you wait for your pizza. In 2016, Edgar Maddison Welch drove there from Salisbury, North Carolina and held people hostage after firing an assault weapon. He believed, falsely, that the restaurant was holding exploited children in a basement; neither the children nor the basement existed. He was arrested with other guns and a knife.

Welch was not a person who had become mentally unhinged. He thought he knew about a grave injustice, a lie that he had first learned about through word of mouth, then been drawn more deeply into through the Internet, where conspiracy theories guiding people toward the second path flourish. “I just wanted to do some good and went about it the wrong way,” he said a week after the incident.

In history class, I’ve learned that conspiracy theories are basically a simple explanation for a problem that people take as fact. We can laugh at Rep. Marjorie Taylor Greene for imagining Jewish space lasers, but what we should really do is ask how she came to have that belief, and what the consequences of it might be.

If a person gets their information from selective sources that let them really believe that Jews have space lasers, what’s the next step? It hasn’t happened yet, but it’s easy for me to imagine that the believers in this conspiracy theory might drive to a Jewish school or a synagogue and hold Jews hostage or kill them because they are worried about Jews and their lasers.

It’s easy to imagine because I’ve seen it happen with other conspiracy theories before, and because, in front of my Jewish day school, we have a police car sitting outside each day. That’s not true for all schools in the D.C. area.

A year and a half ago, I founded a non-profit, Gen-Z Jews: Fighting Anti-Semitism, because I thought my generation needed to get educated and involved. Through my organization, I have worked to ensure that Gen Z Jews nationwide are educated on the causes of antisemitism and how to respond. I have also interviewed national leaders from congresspeople and rabbis to Olympic athletes on how Gen Z can take a stand. Recently, we had our first Congressional lobbying day. We need to speak up now and be leaders.

It seems even more urgent now. I am tired of waiting for adults to take a stronger stand. Just like climate change and stopping school shootings, Gen Z needs to get involved in the fight against white supremacy and antisemitism. It’s not just that it’s urgent. It’s that it already feels two months — or two years — too late.

I’m a Jewish teen exhausted by violence, and I can’t keep waiting for adults to fix it