I’m A Jewish Teenager. Anti-Semitism Has Infiltrated My Hometown. 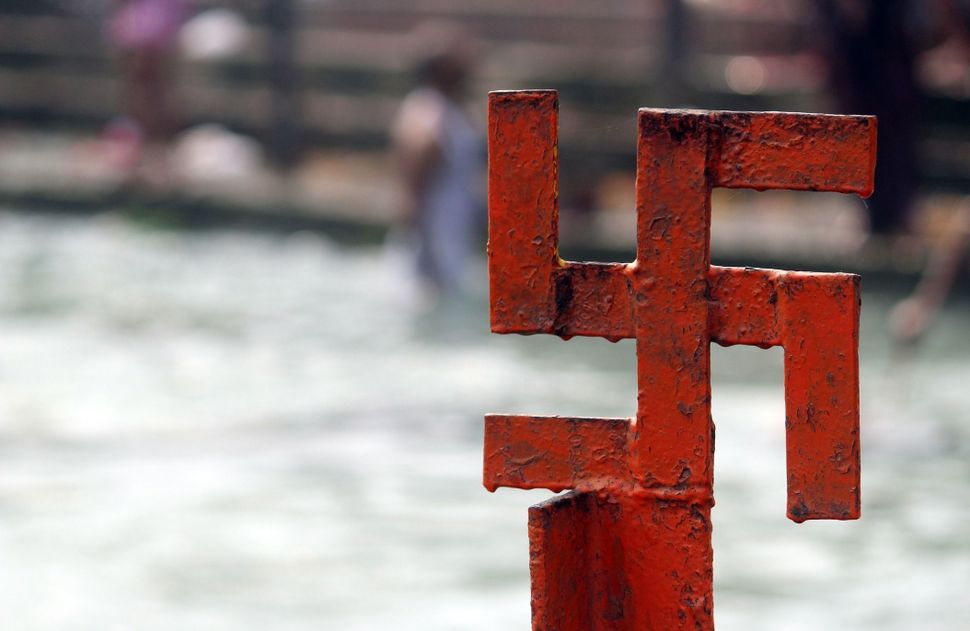 The truth is, when I opened my Snapchat to an image of teenagers from a local high school throwing up a Hitler salute around a swastika made out of red-solo-cups, I wasn’t even surprised. See, it wasn’t the first time anti-Semitism infiltrated my community. 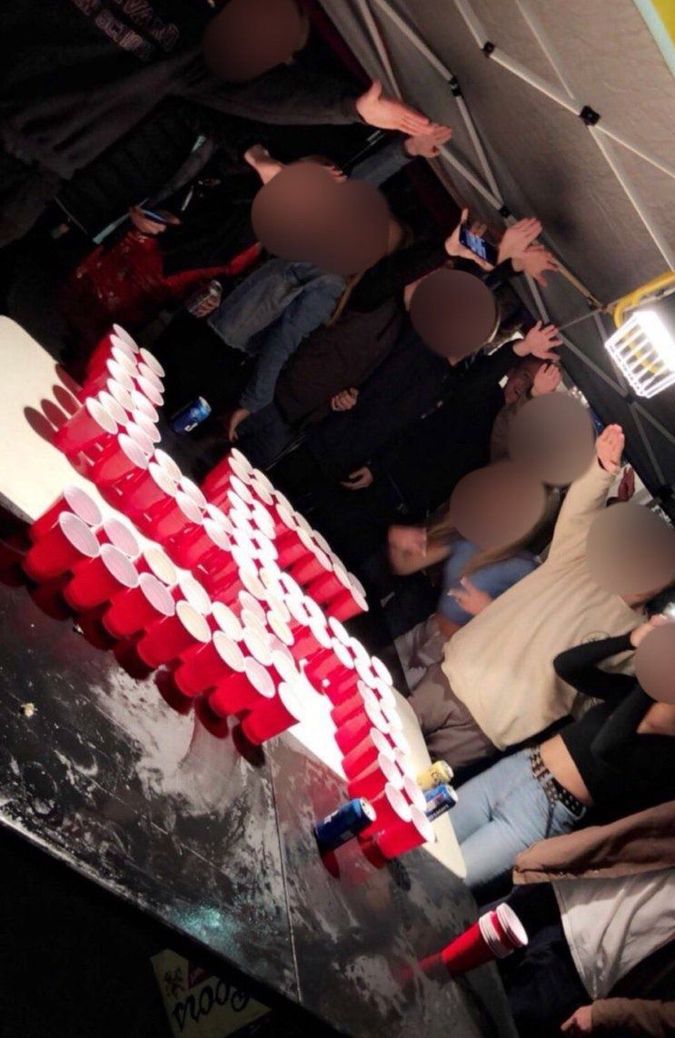 Teens from a California High School give a Nazi solute while playing a drinking game, their cups in the shape of a swastika. Image by James Rogers/Twitter

Just weeks before, after my school’s soccer team beat a rival team, players from that team Hitler-saluted a crowd of Jewish soccer fans.

Months before, my synagogue was vandalized with the words “Fuck Jews.”

So when students from three different high schools in Newport Beach and Costa Mesa — just ten minutes from where I live — filmed themselves on Snapchat enjoying Nazi symbols and salutes, I wasn’t surprised.

Still, I was horrified. I had read chilling reports of major surges in anti-Semitic acts across the country, but I didn’t really understand what that meant until it hit so close to home.

And though Jews and non-Jews alike spoke out, some received horrifying responses. The students blew off the incident, saying “It was just a joke” and — worse — “Last night was awesome.”

Other students wrote in their support. “I respect you guys.” Others wrote, “Fuck Jews. Such pieces of shits.”

As a Jewish teenager, it’s hard to describe what it was like being bombarded by this hate. The truth is, I felt a fear that I have never felt before.

It was all too clear to me that this hate wasn’t just an isolated act. Not only was it the last in a series of anti-Semitic acts in and around my hometown, part of a wave washing over the United States; it was a product and continuation of the history of the Jewish people.

No longer was I part of a generation — perhaps the first — of Jews blessed to live free of racial hatred against us. In that moment, I was nothing but a Jew, cemented in our history, which has once again become the present.

It was a heavier feeling than anything I have ever felt.

I wasn’t just afraid of the anti-Semitism. I was afraid of how I might respond to it, how I might let this fear push me away from my Jewish identity.

And as I went about my normal Monday school routine, kippah on my head, Jewish star around my neck, I couldn’t have been more proud to unabashedly show my love for Judaism.

So, to all teenagers, Jewish and non-Jewish:

I learned in my 11th grade Holocaust class that the Nazi Party wasn’t initially able to force an entire population into compliance; the Holocaust happened step by step. First, anti-Jewish sentiments were normalized through propaganda. Then, Jews were isolated and legally discriminated against. This slow, yet dangerous escalation ended with the mass murder of Jews and other marginalized groups.

The German people didn’t see what was bound to happen from the outset. But we do. If we do not act now, we will have stood by as anti-Semitism, once again, becomes mainstream.

As anti-Jewish sentiments continue to materialize and be glorified, we must come together to demand an end to this manifestation of hate. We must be the generation that prevents anti-Semitism from running rampant. We must learn that, regardless of intentions, these actions only work to rebuild a society based on the discrimination of others.

If you are Jewish — stand proud. Remember all the Jews who came before you, who fought, who died.

And if you are not Jewish — stand up for us. Don’t stand idly by. Don’t allow yourself to be swept up in a wave of anti-Jewish hate.

It’s an age that requires courage. I hope that together we can find it.

Ephraim Light is a high school student from California

I’m A Jewish Teenager. Anti-Semitism Has Infiltrated My Hometown.