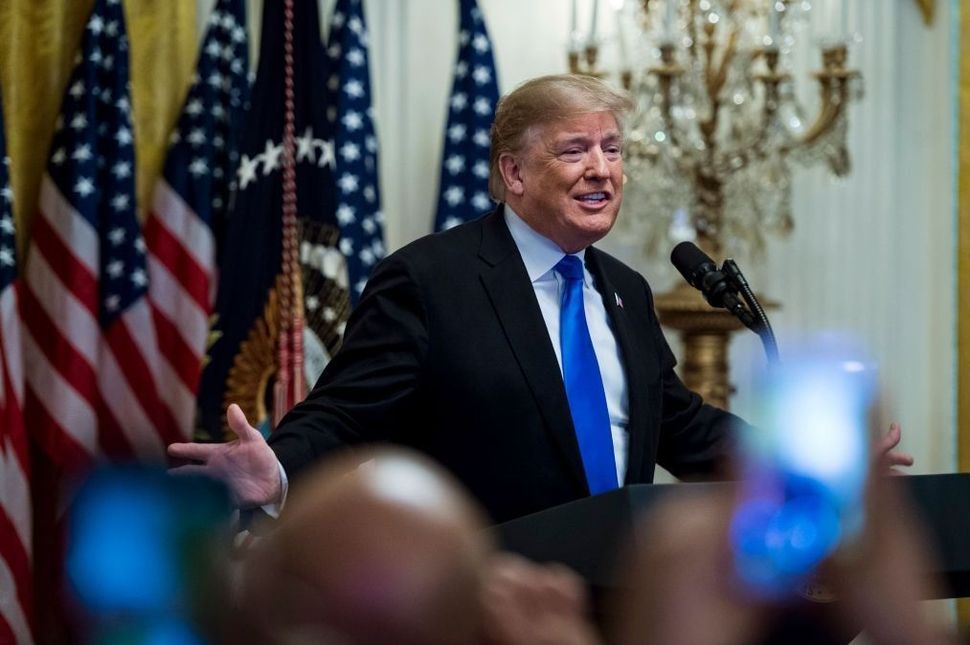 The internet was consumed yesterday with a backlash to Minnesota Congressperson Ilhan Omar’s tweets about Jewish money in politics, and the influence of AIPAC on Congress. In an attempt to criticize Israeli policy, Omar stumbled into anti-Semitic tropes about Jewish influence and corruption. She was roundly condemned by both Republicans and Democrats, and quickly forced to apologize.

The uproar over Omar’s anti-Semitic tweet led to the usual hand-wringing about anti-Semitism on the left, conveniently erasing other recent, and much more egregious, anti-Semitic comments from the right.

“[Hitler] was a national socialist,” Owens said. “But if Hitler just wanted to make Germany great and have things run well, OK, fine. The problem is that he wanted, he had dreams outside of Germany.”

Here is video of Candace Owens’ full answer on nationalism and Hitler pic.twitter.com/NfBvoH8vQg

They use all of us as human shields so they can go after their opponents with labels. #BLEXIT

It was a breathtaking display of hypocrisy, and also a reminder that, even when they call out anti-Semitism, people on the far right are not friends to Jewish people. On the contrary, right-wing nationalism is historically the most serious threat that Jewish people face. We need to remember that even when, and perhaps especially when, confronting anti-Semitism on the left.

Owens has tried to walk back these comments, insisting that she condemns Hitler’s mass murder within Germany’s borders. What made her comments even more offensive, if possible, was that they came immediately after a rebuke of anti-Semitism — on the left.

The event where Owens absolved Hitler’s domestic genocide was mostly focused on attacking UK Labour leader Jeremy Corbyn. Corbyn has been accused of anti-Semitism by many, in fact the majority, of British Jews. But Charlie Kirk, the founder and head of TPUSA, took things one step further, telling the audience that these charges were a good way to discredit him.

“Every day, please, just say, ‘Oh, you mean the anti-Semite Jeremy Corbyn?’ Just say it in every single pattern of the language and sentence,” Kirk said.

Jeremy Corbyn has in fact made anti-Semitic comments in the past. The relationship between British Jews and the Labour party has been strained as a result.

But Owens and Kirk aren’t sincerely concerned about Corbyn’s anti-Semitism. If you care about the well-being of Jewish people, you don’t use anti-Semitic dogwhistles, or defend Hitler’s domestic programs. Rather, highlighting Corbyn’s anti-Semitism is a way to delegitimize the left in the interest of advancing what Owens herself calls a nationalist agenda — and agenda that Owens’ mistakenly revealed condoned violence against Jews.

It’s not just Owens. Many here in the U.S. take up the accusations of anti-Semitism on the left in order to distract from the crimes of the nationalist agenda being pursued by Republicans — an agenda that has led to the murder of 11 Jews at prayer in the Tree of Life Synagogue in Pittsburgh. The shooter saw support for immigration as a Jewish plot to weaken white people in the United States, a view President Trump himself gestured at when he blamed a caravan of migrants from Central America on George Soros. Actuated by that belief, the murderer committed the worst act of anti-Semitic violence in US history.

Counting anti-Semites on the left versus those on the right is obviously impossible, and also obviously besides the point. The issue is not a head-count. The issue is that right-wing nationalism and anti-immigrant rhetoric are inseparable from anti-Semitism, and are deadly for Jews. In that context, the main danger of anti-Semitism for Jewish people on the left is that it removes the one political haven we have.

The left has, or should have, a commitment to all marginalized people, including Jews, immigrants, and refugees. When it abandons that commitment, Jewish people in the diaspora are left without a political place from which to contest a right whose nationalist ethos ultimately requires their extermination. When Corbyn or Omar frame opposition to Israel through anti-Semitic tropes, that tells Jewish people that the left sees us as enemies. And if the left won’t fight for us, then we are really screwed.

The right loves to jump on left wing anti-Semitism, as the gleeful denunciation of Omar shows. But by championing Trump at the same time as they attack Corbyn, Owens and Kirk show clearly where the right stands. Trump has refused to clearly condemn neo-Nazis. He’s embraced conspiracy theories about billionaire Jewish financier George Soros. Corbyn’s anti-Semitic remarks, ugly as they are, have never gone that far. When Owens and Kirk try to advance Trump by kicking Corbyn, they are not taking a stand with Jewish people. They are simply trying to delegitimize opposition to an authoritarian racist.

People on the left should be criticized when they make anti-Semitic statements. But Jewish people should in no case make the mistake of believing that the right has any interest in welcoming us or safeguarding us. For Owens, even attacking anti-Semitism is just another way to advance anti-Semitism. An ideology that hates immigrants and celebrates borders has only one solution for the Jewish diaspora.