I’m A Holocaust Survivor. The Left Poses A Huge Threat To Jews. 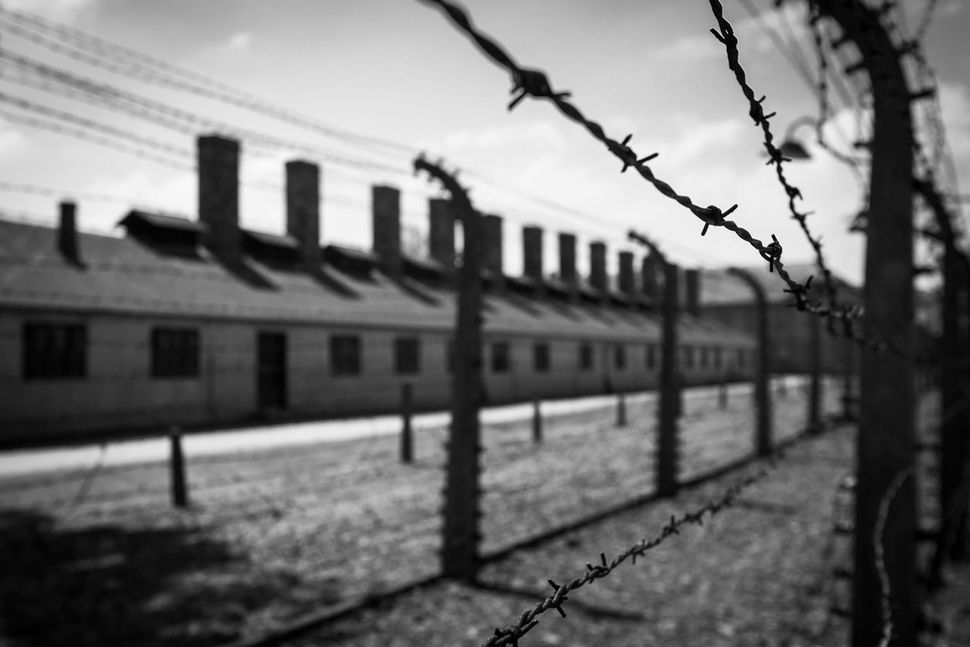 As a Holocaust survivor, reading your article “Seeking To Help Israel, American Jewish Institutions Sold Us Out,” I can’t help but sense your political blindness. While I respect the right you have to your own opinion, I also feel that your vision of the reality in which Jewish people live today is quite skewed.

Anti-Semitism is a very dangerous, threatening and menacing threat that we Jews must confront at all costs. If we fail, it’s at our own peril.

We as a people failed to recognize those menacing signs in 1930’s Germany, and by the time we woke up to the brutal reality of Hitler’s nefarious plan, we lost a third of the World Jewish population to Nazi mass murder.

Hitler’s European willing executioners helped him out with relish. No one objected.

Today the alt-Right and the Left have taken up the mantle of vicious anti-Semitism worldwide. These parties are even trying to get a political foothold right here in our United States.

These people are desperately trying to change the narrative of Israel to suit their final objective: the obliteration of the ONLY Jewish Nation State.

For these parties, the Palestinian underdog narrative is the vehicle of their choice. Overt expressions of anti-Semitic violent acts have become normalized. This time however, the Jews are fighting back!

Thank G-d we are no longer the meek sheep, helplessly being led to the slaughter. The Jewish nation is strong, powerful and assertive. Our enemies, whether Iran, Syria, Turkey, Hezbollah, Hamas or the other myriad terrorist enemies surrounding Israel, know this reality.

Still, there are other overt and covert political enemies that are determined to subvert and erase the Jewish State. They do this by creating alternate truths and falsified histories to suit their narratives.

You seem to be offended by the Jewish Leaders’ supposed abdication of our long held Jewish values of social justice and compassion for the oppressed Palestinians, while budding up to other countries’ leaders, whose social values aren’t those of ours.

I applaud Israel’s leaders’ courageous endeavors to widen the political support for our Jewish State. Regrettably, we don’t have enough friends among the non-Jewish world’s nations. The world has yet to digest and accept the existence of the only Jewish Nation State called Israel — proud, independent, strong, assertive, and very equal to any nation on earth.

Many people are not used to it. For two thousand years, the world’s nations mistreated, persecuted, and murdered the helpless, stateless, homeless Jews. Non-Jewish people liked it that way — but no longer!

At times like these, our Jewish leaders know that political and diplomatic alliances on the world stage are of the utmost importance for Israel’s future survival.

The dictum, “The enemy of my enemy is my friend” applies to Israel in a vital way. Jews can support Israel while still upholding and adhering to our cherished, biblical social values of Tzedakah, compassion and love of the stranger among us. And yes, we can also hold onto the principles and social values of our Jewish state’s cherished Democratic self-rule.

What hurts Jews of my generation is when a sizable segment of the younger generation of secular Jews are oblivious to the recent past, drawn in to the Left’s destructive narrative of illiberal, poisonous ideologies with a particular animus toward Israel.

Your Left ideological narrative helps to foster and abet this hate.

I’m A Holocaust Survivor. The Left Poses A Huge Threat To Jews.