An open letter to Randi Weingarten: Poor Jews exist, too 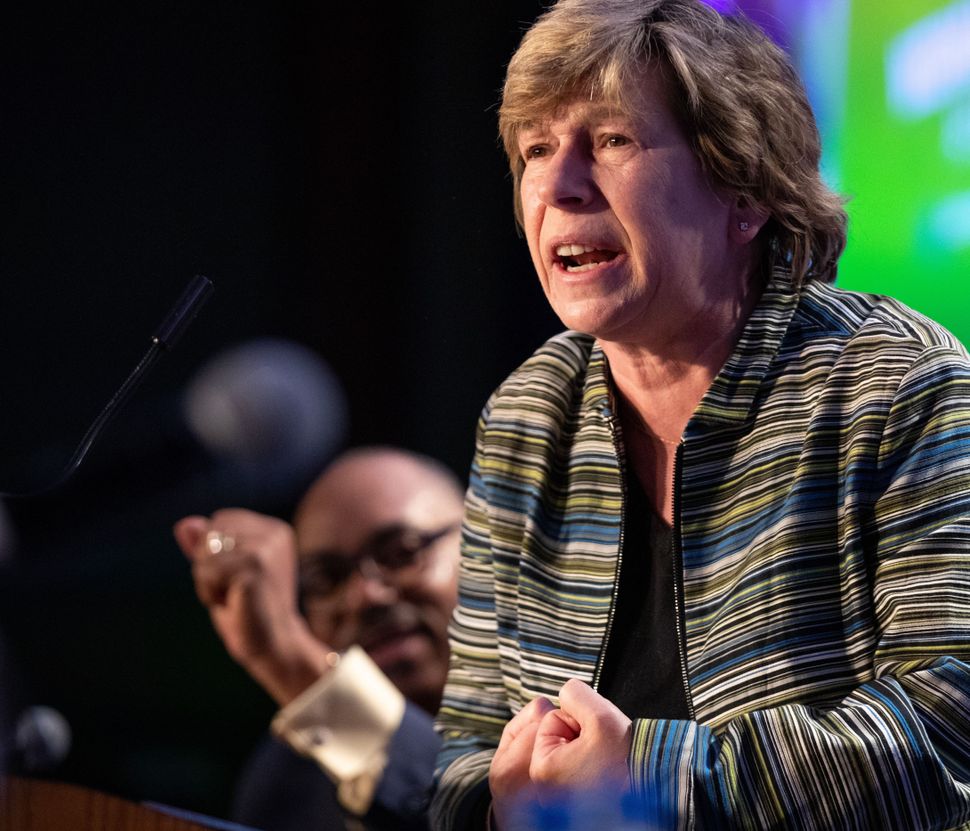 In a recent interview with the Jewish Telegraphic Agency, Randi Weingarten, the longtime president of the American Federation of Teachers, commented that “American Jews are now part of the ownership class.”

She was responding to a question about why the AFT has advocated for teachers to stay out of classrooms, despite the drive to get students back in school. “What I hear when I hear that question is that those who are in the ownership class now want to take that ladder of opportunity away from those who do not have it,” she said.

The statement, seen by some as tone deaf, caused a furor on social media. But for one reader, it raised a different concern: That Weingarten was eliding the real economic disparities that exist within the American Jewish community. This is his response.

An open letter to Randi Weingarten:

Today, I write regarding your comment in an interview with the Jewish Telegraphic Agency stating unequivocally that “American Jews are now part of the ownership class.”

First, one of my two closest friends is a proud member of the American Federation of Teachers, as are his wife and no less than eight other educator friends of mine across the United States. I am a proud product of public schools.

Although I studied political science, the “ownership class” is not one with which I am familiar. It can be surmised as a generalization that all of your fellow Jews are wealthy and of means.

My large, extended Jewish family is financially and economically diverse. Some of us have means. However the majority squeak by in the middle class. A sudden job loss or medical emergency would cause devastating financial problems. And my family includes many lower middle class and poor people. Some cousins lost their homes due to foreclosure. Others are on fixed incomes due to disabilities or age.

There are cousins so destitute that when they put out a plea that they needed money for food, I went online grocery shopping with them so they could have food delivered to their door. I believe in active tzedakah. A family member or friend, Jewish or not, comes with a serious issue, I work to assist.

I know my family is not alone.

Jews are often thought of as successful, so when one is poor, they often hide their circumstances from others. No one wants to be looked at as less successful than their peers or acquaintances.

Unfortunately, this was unknown to me during times in my life when I was unemployed and in financial despair. Unemployment covered my rent, but there was little left over for more than instant ramen to eat.

Then there were times when there was no unemployment money, and I lived due to my friends giving me a few dollars here and there. My family was unwilling to assist in the past, so I did not ask them during that most financially dark period of my life. Shabbat dinner invitations were a welcome, warm respite from the lugubrious walls of my apartment, and existence. I wonder if the hosts ever saw the sadness and despair behind my smile?

On a positive note, I had a college degree and thus, in the eyes of many, might have been seen as a full-fledged member of the “ownership class.” But it was a few dollars, not the degree, that put food in my mouth.

Your wife, the Rabbi of Beit Simchat Torah, must know congregants that are poor and not part of the “ownership class.” Once the pandemic ends, invite some of them over for Shabbat dinner or lunch. Listen to their stories.

Come to my home next time you are in Washington D.C. on a Friday night for Shabbat dinner with my husband and our daughter. There were times when both my husband and I had nothing, and we worked hard for everything we built together. Hear our stories. And if you do take up our invitation, we will not serve ramen.

If you desire ramen, we can fulfill that request, but I have certainly had my share and do not want it again.

Neil Goldstein is a former six-term elected Advisory Neighborhood Commissioner in the District of Columbia Government. He writes on his life experiences, Jewish, and LGBT topics. His writing has appeared in the Forward, Tablet Magazine, Literary Hub, A Wider Bridge, The Hill Rag, The Voice of the Hill and The Washington Times. Contact him at www.neilglick.com or on Twitter, @Neil095

An open letter to Randi Weingarten: Poor Jews exist, too