A wartime prayer from a bomb-safe room in Jaffa 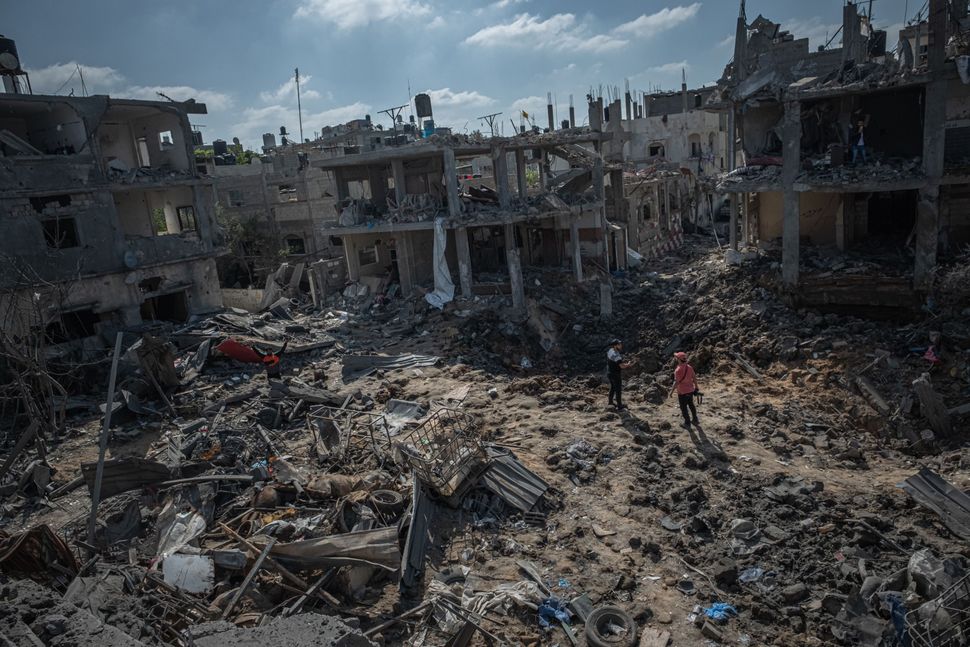 “The softer sirens come with softer bangs,” observed my 12 year-old at 3 a.m., as we went into our Mamad (bomb-safe room) during the third siren, last night in Jaffa. The siren is loud, as are the bangs that follow – typically the sound of the Iron Dome missiles hitting the Gazan rockets. Sometimes we hear the fainter siren of the next-door town, hence softer bangs. No kid should have to know that.

It’s scary, sitting in the Mamad with my kids, blast after blast overhead. But as I sit there in the dark holding their hands, reassuring them that all will be well, my heart goes out to a father 40 miles south in Gaza, holding his kids hands, with no Mamad and no Iron Dome to protect them. Does he tell them everything will be okay too? Does he offer prayer?

In Israel, asking these questions is an unpopular sentiment.

The typical Israeli response would be: “Why do you care about them?” “They’re trying to kill us!” “Those kids will just grow up to be terrorists.”

It’s this sentiment of “us vs. them” that is responsible for this war. Us vs. them is the reason angry mobs of us-s are singling out and lynching them-s, and vice versa.

It would be easy for me to explain how Israeli Prime Minister Netanyahu’s actions over the past month have been an orchestrated exercise of war mongering, deliberately leading to this current violent result, all for the sake of his own personal political survival. But I won’t.

To overcome this strife, we need to be able to look inward, as individuals, as Israelis, as Jews.

Earlier this week , on the Bat Yam boardwalk, a large mob of Jews stopped a car and pulled out its Palestinian driver. Scores of people proceeded to beat this man for an entire hour before emergency services arrived at the scene, while his brutal beating was broadcast live on Israel’s Kan 11 TV channel. In several images, the man is being beaten with an Israeli flag. The image is so horrific, that the sign-language interpreter had to stop signing to avert her eyes.

All these people who took part in this horrible violence are not a detached part of society. They are not all insane. They are not a cult following blindly some deranged charismatic leader. Much like the January 6th insurrectionists, it takes more than that leader, but a society of enablers as well, to lead individuals within to feel that taking to the streets in violence is their patriotic duty.

We failed by allowing a Prime Minister to routinely incite against parts of our society. We failed by allowing Kahanists to enter Israeli Parliament. We failed by accepting as normal the routine chants “death to Arabs” at soccer games. We failed as educators and as parents for not uprooting from our society the notion that certain people are evil simply for their ethnicity or their faith. We failed by not recognizing that holding another people under military occupation for 54 years will morally corrupt us.

As we celebrate Shavuot next week, we will be reading the book of Ruth. Just as Ruth leaves the comforts of the land she knows to follow the path she knows to be true, so must we embark from our comfort zones and daily routines in a journey of self and collective healing. Let us no longer see the world as “us vs. them,” but to shed the stereotypes we were taught and see the other as a human, just like us. Afraid, just like us. Hopeful, just like us.

Yonatan Gher is the Israeli CEO of Combatants for Peace – a Palestinian & Israeli activist movement promoting an end to the occupation and a lasting peace.

A wartime prayer from a bomb-safe room in Jaffa