Trying to be an optimist in bad times 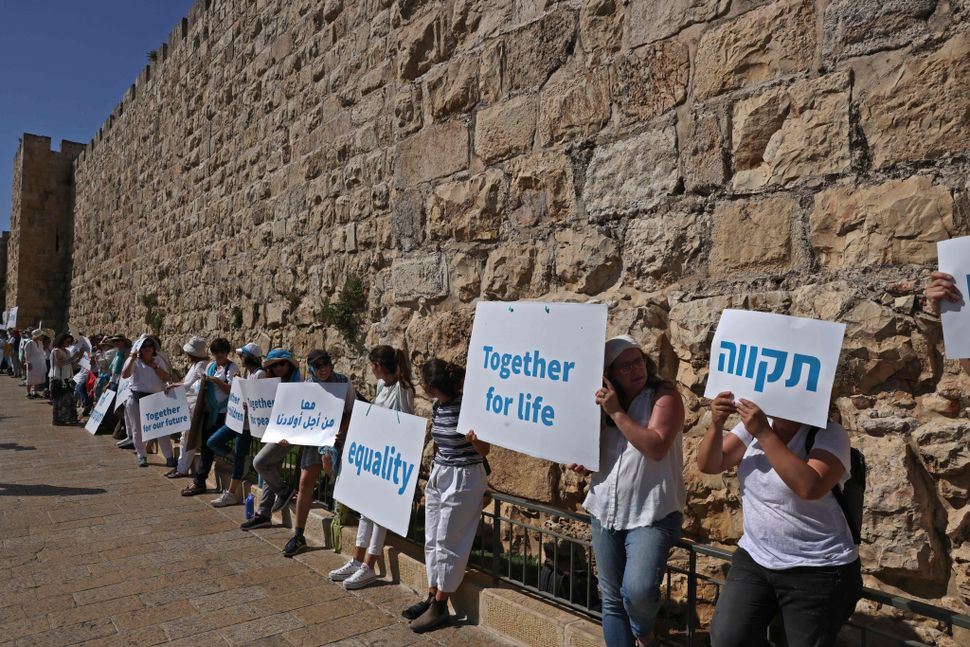 This is a terribly distressing time in Israel and Palestine. There is so much pain. The lack of empathy that each side feels for the other is the basic pathology of this crazy holy broken place.

Palestinians cheer as Israeli life is disrupted by Hamas rockets. On the first night of the rockets I was stunned by a news broadcast that showed Israelis reacting to the destruction crying sincerely, “But what did we do to them? Why are they doing this to us?!”

Really? What world do you live in that makes you oblivious to the role Israel plays in the suffering of the people of Gaza? It is that moral blindness that leads Israelis to sincerely believe that it is morally justified to destroy a building in Gaza, killing and wounding multiple generations of families.

The Palestinians have agency and responsibility here. The choice between a corrupt Palestinian Authority and a murderous Hamas – neither of which do much to take care of their own people — is a terrible reflection on Palestinian society and it makes our situation very difficult. To ignore the determination of Hamas to simply kill as many Israelis as possible is a morally bankrupt position.

But we have agency and responsibility as well. The complete lack of any long-term policy on the Israeli side is an essential, existential problem. We have allowed Hamas to accumulate these weapons. We have helped keep them in power. We have played a role in the inability of the Palestinians to build a democratic society. To deny our role and responsibility is also morally bankrupt.

Many fellow travelers on the left see the latest round of violence as either proof of Israel’s criminal behavior or the lack of a Palestinian partner for coexistence. Yes, I believe we should be held accountable for our behavior and I am sure some acts in this round are criminal. That Hamas is guilty of war crimes in no way justifies some of our actions.

To accuse Hamas of war crimes falls on the deaf ears — they are proud of these crimes. However, their supporters around the world need to be held accountable. Hamas has done nothing to alleviate Palestinian suffering. It has only brought destruction.

We must take responsibility for the continued denial of equal rights to Palestinian citizens of Israel. It is not good enough to say that their lives are better here than in any Arab country. This must not be our measuring stick for an equitable society.

When it comes to Jewish-Arab coexistence in Israel, I refuse to abandon hope and to descend into despair. I believe that the work of dialogue and coexistence has struck deep roots in much of Israeli society.

There are dozens and dozens of local and regional groups gathering as I write this, as the rockets fall and the bombers strike. To give just one example my niece Leora Ezrachi-Vered, a rabbi in the lower Galilee. Together with local religious and communal leaders they gathered to declare Jews, Christians, Druze and Muslims will not let extremists thugs from any community destroy what has been built.

We decry that the Israeli government has fanned the flames of communal animosity with foolish gestures like the nation-state law, marginalizing Arab citizens of Israel. The tone-deafness of the Israeli authorities during the holy month of Ramadan to the needs of Palestinian Muslims is inexcusable and reflects both negligence and mean-spiritedness.

The dedicated service of Israeli Arabs in the fight against COVID-19 changed the way Jewish Israelis see Palestinians. The dialogue will be more complicated now, as Israeli Arabs identify more with Palestinians in the West Bank and Gaza. But it is the only true path that lies ahead. The alternative is unthinkable.

Arab citizens of Israel deserve equality not out of charity but out of justice. Jews deserve to live in peace and security in our homeland. Justice is the basis of the Jewish return to Israel, as the prophet Isaiah said: “ Zion shall be redeemed with justice and those who return to her with righteousness.” (1.27)

Levi Weiman-Kelman is a native New Yorker who made aliyah in 1979. He is the founding rabbi of Congregation Kol HaNeshama in Jerusalem and is the president of Rabbis for Human Rights.

Trying to be an optimist in bad times