As antisemitism skyrockets, both the left and the right have abandoned U.S. Jews 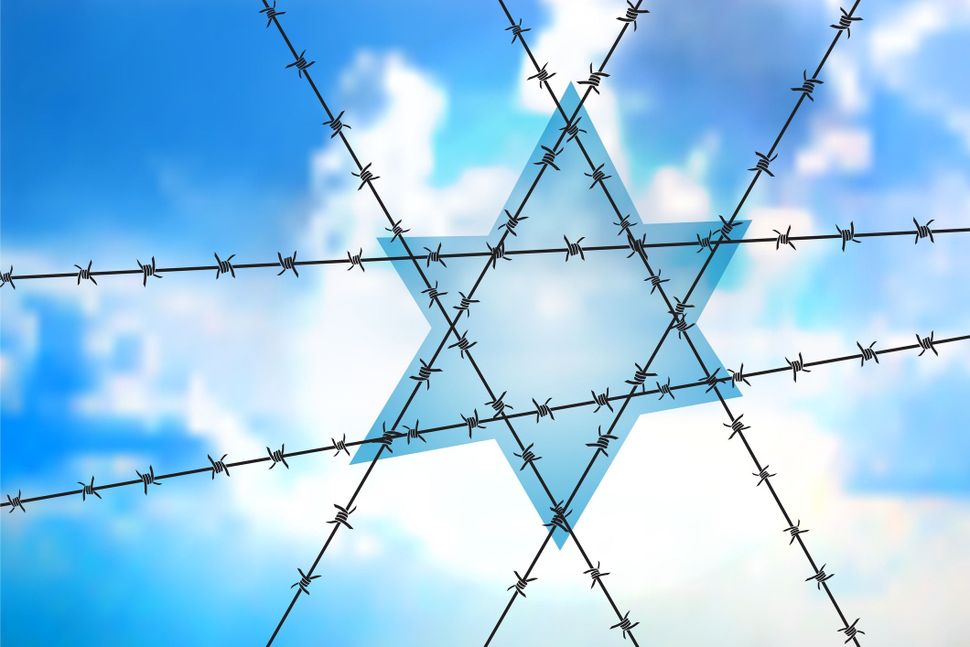 I pride myself on being an unapologetic Jew. Donning a black knit yarmulke on my head, with white tassels known as tzizit flowing from the corners of my shirt, I walk through New York City with a confidence my Holocaust-survivor grandparents could never know. But now, as a 20-year-old college student living in New York City, I have to make these choices facing the perilous consequences of skyrocketing antisemitism.

Over the past 10 days, antisemitic incidents have skyrocketed around the world, including an astonishing 600% rise in the United Kingdom. We’ve been chased and beaten, hunted and assaulted, at all times of the day, in all different countries and cities. The reason? Supposedly, the fight for Palestinian liberation in light of violence between Israel and Hamas. The real reason? The same-old Jew hatred we’ve been dealing with for our entire existence.

My parents instilled in me and in my seven siblings a vibrant Jewish identity, one that inspired and defined our lives. Antisemitism certainly hasn’t escaped us as New Yorkers, but we’ve never seen it like this. The country we once called home has assumed its natural role: another place where Jews are no longer welcome.

Yesterday afternoon in Borough Park, a stranger repeatedly punched a Jew in the face who was standing beside his car in broad daylight. Later, in New York City’s Diamond District, pro-Palestinian protesters threw a firecracker into a Jewish- and Israeli-owned jewelry store. That same day, other protesters with Palestinian flags viciously beat a Jew in the middle of the street. People see it, people watch it, and people say nothing.

There are no more “safe spaces” for Jews. When I ride the subway, I unplug my earphones and put away my phone, hawkishly monitoring my surroundings. When I roam the once-comfortable streets of Manhattan, a quiet voice in my head reminds me that, at any moment, I could be attacked. These streets are no longer my own.

Where are the “right” and “left,” the purported allies and friends of Jews? I don’t see Ted Cruz or Alexandria Ocasio-Cortez issuing any statements of support or calling any attention to the rampant antisemitism across America and the world. Then again, Jews have no reason to be surprised.

To be a Jew is to be hated by all and protected by none. We’re either seen as privileged whites no longer considered a minority or as the non-white moneygrubbers who are replacing white America. Masked under the guise of social justice warriors fighting for Palestinians, the masses found a perfect cloak for their antisemitism.

It’s the reason that conversations surrounding the Israel-Hamas conflict on Facebook, Instagram, and TikTok are flooded with the recycled antisemitic rhetoric of Nazis. Tweets praising Hitler are dominating Twitter, as a now-fired CNN contributor put it: “The world today needs a Hitler.”

Antisemitism is the hate not taken seriously. No one stands with Jews, and it’s always been this way.

“All things are mortal but the Jews; all other forces pass, but he remains,” Mark Twain famously said, asking, “What is the secret of his immortality?” The answer is the same as it’s always been: We know that no one else will save us, so we only rely on God and ourselves.

The surprising thing is that this still surprises me. Historically — whether millennia, centuries, decades or mere years ago — this was always the case. Jews must fend for Jews, and I shouldn’t be foolish enough to think anything would change now. A people that’s survived thousands of years of persecution and genocide won’t be ended by the Jew haters of 2021.

We are not the weak Jews the world wishes we were. We’ve survived genocidal regimes from biblical Egypt to Nazi Germany, and we’re not about to bow to some cowardly antisemites. Our only option is to do what we’ve always done: persevere.

Sruli Fruchter is a rising senior at Yeshiva University, the editor-in-chief of The Commentator, Yeshiva’s independent student newspaper, and a Ronald S. Lauder Fellow for the World Jewish Congress.

As antisemitism skyrockets, both the left and the right have abandoned U.S. Jews