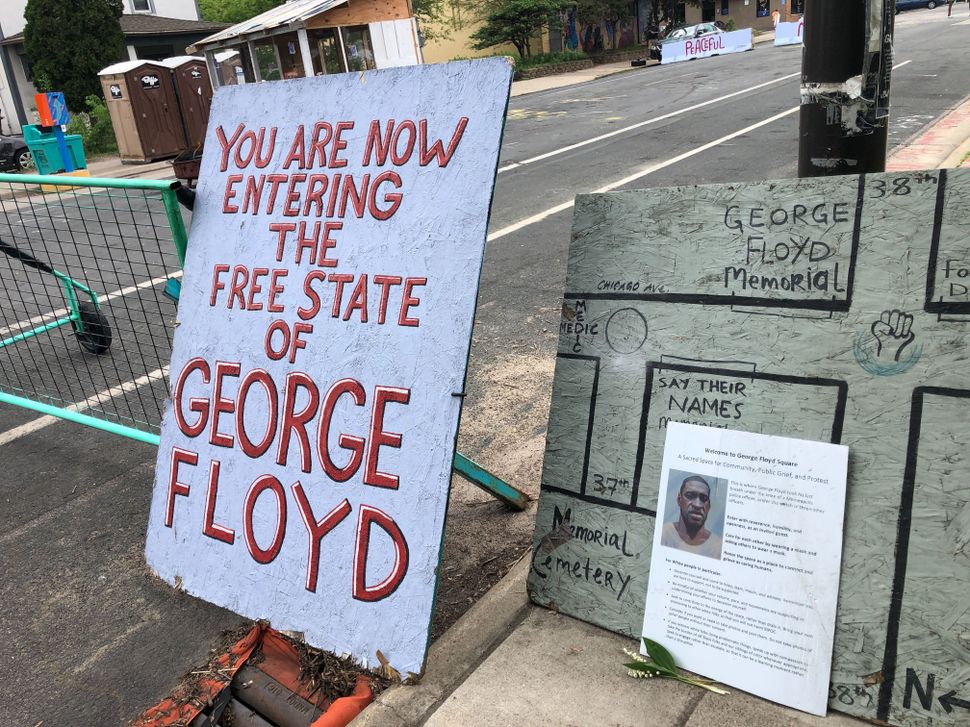 In the time it took to upload a video, Chicago Avenue and East 38th Street one year ago today became the most recognizable, and infamous, street corner on the planet.

Now, closed to traffic for two blocks in all four directions and named George Floyd Square, the spot has become a place of consolation and prayer — if also a backdrop for selfies. For many, both those from the area and others traveling distances to get here, it’s a place for hope.

“I’m hopeful,” Ruth Mulari, a resident of nearby South Minneapolis said during her visit on Sunday. Turning to her husband, Samuel, for his opinion, she added: “Maybe he’s a little more hopeful than I am.”

He is. Samuel Mulari said he thought “some good things are going to come out” of last month’s murder conviction of former Minneapolis Police officer Derek Chauvin. If the police “really do their job and go back and do a different training and hold those who do things responsible,” he explained, “I think that will be helpful” for officers “to think twice before they do something bad.” 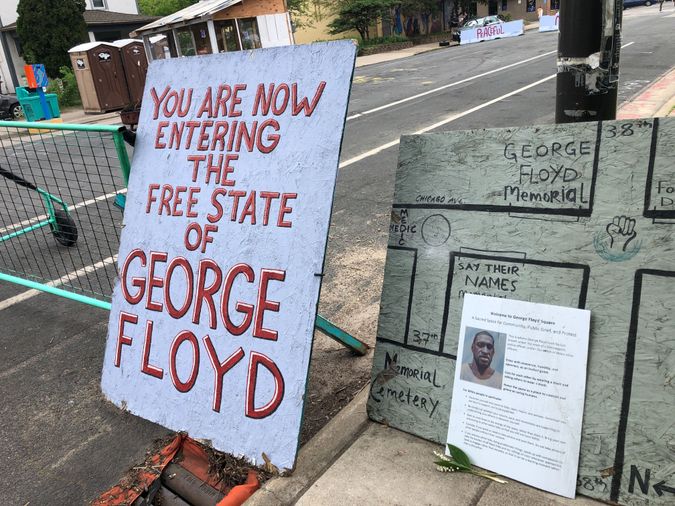 Ruth, who is white, said she is more pessimistic than Samuel, who is Black, because “white people need to acknowledge that there really is systemic racism” which she said is not fully happening. “To keep pretending like there is nothing there, that is a barrier to moving forward.”

And while she’s satisfied with the guilty verdict against Chauvin, which she called “incredible,” she’s skeptical that the full details of the case will ever be known.

“You know, in my mind from the very beginning, I have thought that something more” was behind the incident, she said. “I mean, for four cops to be needed to deal with a $20 counterfeit? Or maybe counterfeit?” she said.

Yet, she allowed, the prosecution had reasons for not focusing on details outside of those leading directly to the horrific murder. “I think that we had a better outcome this way than we might have had had it gone in that direction.”

The Mularis were among a constant flow of about 100 visitors to the square at any one time over an hour on Sunday. The site where Floyd breathed his last is heavily adorned with flowers, along with signs, and slogans and names drawn on the sidewalk and pavement.

Most prominent is the giant face of George Floyd, now an internationally recognizable icon. On the blacktop in front of it, bright red and green letters demand “Justice for Daunte Wright,” the young Black man shot to death on April 14, just 10 miles away from the courthouse where Chauvin was being tried, by a police officer claiming to have mistaken her gun for her Taser.

A sign to the left of Floyd’s image quotes Hillel: “If not now, when/If not me, then who.” Kitty-corner across the street, a more animated religious service was taking place; a man’s Sunday preaching punctuated by chords from a portable keyboard. George Floyd’s name was invoked periodically, along with amens from two-dozen participants in folding chairs.

Back across the street, Cup Foods, the store where Floyd allegedly passed a fake $20 bill, was doing a brisk business. Outside, Butchy Austin, a resident of the immediate neighborhood, cut into its soft-drink sales by offering free bottles of water and pop to anyone who wanted one. He also offered his opinion of where things stand a year after the murder.

“Policing in America is out of control,” he said. “Anyone who believes anything different has got a veil over their eyes and is choosing not to see what has been perpetually wrong since the inception of policing.” 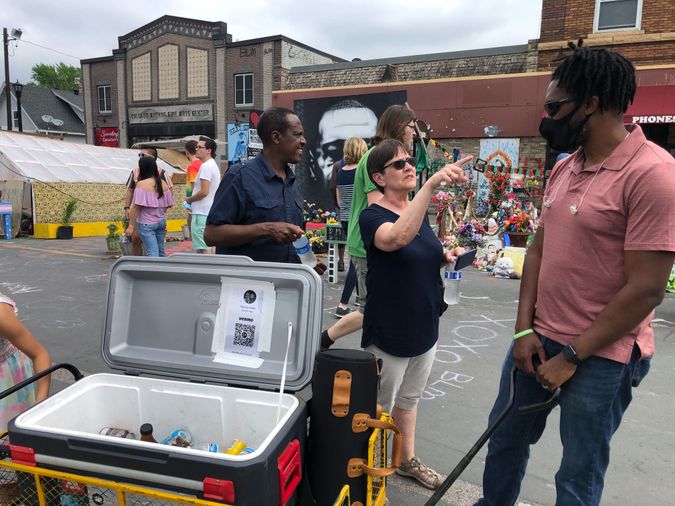 Ruth Mulari, a South Minneapolis resident, gestures to Butchy Austin, who gives free drinks to visitors to the site where George Floyd was killed. They agreed that the murder conviction of Derek Chauvin was a positive step, but that serious police reform is still needed. By Robin Washington

Like Ruth Mulari, Austin cited the unexamined specifics of the case, beginning with then-Officer Thomas Lane’s first encounter with Floyd, in which the rookie cop drew his gun within seconds.

He “pulls the gun and is yelling expletives and you know, it’s supposed to be you’re innocent until proven guilty,” Austin said. “Due process, all the things that they say,” said Austin.

“But in this situation, we saw it on video. He ran up on George Floyd with the gun pulled and yelling expletives. That’s not a way to serve your community.” Austin noted that Lane, a suburbanite, did not live in that community.

Along the two streets, there were signs of the unrest that followed the murder a year ago, with some buildings still boarded up. The destruction is more prominent a bit farther from the memorial spot, as are some signs of renewal and repair. It’s clear, though, that full recovery won’t come anytime soon.

For now, George Floyd Square is a place for solace amidst those ruins, if only in the calm between anguish and continued outrages.

The former is embodied in the wait for Chauvin’s sentencing a month from now, a test of just how much Black lives truly do matter. The latter in the reminder, in names written in the street like that of Daunte Wright, that maybe they still do not.