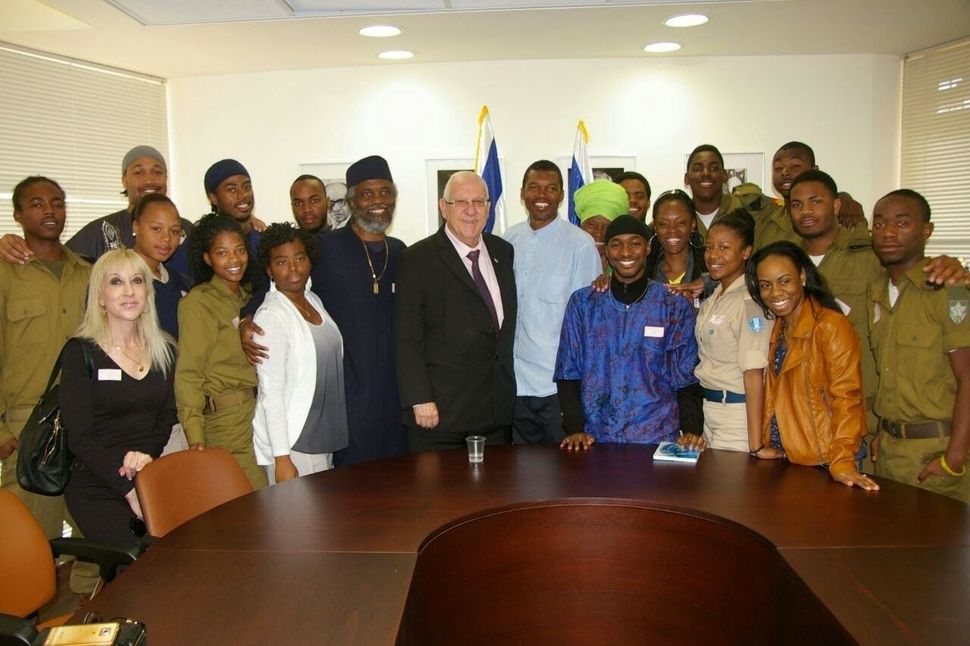 In late April, the Israeli government ordered the deportation of dozens of members of the African Hebrew Israelite community within 60 days, a decision alarming to anyone concerned with democracy and civil rights in Israel.

This community of around 2,000 first came to Israel in the 1960s. We have each met and become dear friends with African Hebrew Israelites — we have visited their schools, cultural centers, factories and homes in the City of Dimona. We celebrate their contributions to Israel’s diversity and defense.

They are part of the mosaic of colors, cuisines and communities at the heart of America’s principal Middle East ally. What a wound to the vibrant US-Israel relationship for Israel to threaten to expel these Americans, who love and cherish Israel, and who act as a living bridge between Israel and people of color around the world. 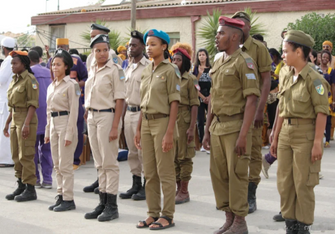 Democracies must treat all people fairly and humanely, and certainly those who have lived and contributed to that democracy for decades. The African Hebrew Israelites are no exception. Many of those threatened with deportation have family and community ties to Israel and some were even born here. They see themselves as part of the fabric of Israeli society, and behave accordingly. They have excellent relationships with their neighbors and often serve in the Israeli army.

African Hebrew Israelites are hardly strangers, but even if they were, to love the stranger, the oppressed, the disadvantaged is a profoundly Jewish value that the Jewish State should uphold.

There is, however, a larger challenge here. In addition to being kind-hearted and generous, Israel must get beyond the provinciality of assuming that everyone who really belongs is either a grandson of Tevye from Fiddler or a daughter of Baruch from Marrakech. Not every Israeli grew up eating gefilte fish or couscous. A great many others — Jewish and non-Jewish — are part of the reality of Israel’s past, present and future.

Israel is a beautiful, frustrating, exciting, and for some, painfully oppressive country. After 73 years, Israel is still very much a work-in-progress. It has always been, and always will be, home to all kinds of people. Therefore, Israel must endeavor — in ways large and small — to expand its national narrative to not only understand and show compassion for the other, but to embrace the other as full partners in its becoming. It’s well past time for the Israeli government to abandon the fantasy that Israel is exclusively for people who look (up until now at least) like their mostly white, male, Jewish ministers.

Along the road to independence, and in years since, successive Israeli governments have not adequately embraced indigenous Palestinians, nor handled as well as they could the challenges of refugees, minorities, asylum-seekers, migrant laborers and non-Jewish religious and cultural communities who have braved their way to Israel. Too often, religious sects who consider themselves part of Israel’s narrative have been shunned by the state’s religious and political establishment and have been discriminated against by the authorities.

Non-Jewish citizens and residents of Israel have lives and stories that matter. The Israel we love has compassion for the other, and more crucially, is open to fully accepting others as sisters and brothers.

The authors are associated with Heart of a Nation, a progressive Community of Purpose committed to Embracing Better, Together. For more information about this new initiative visit: heartofanation.io.

[Your text to link here…