Menu
HomeLearning to trust my neighbors again
By Ahmad Gharabli / AFP via ...

On a recent Shabbat, my family gathered to celebrate a new bride and groom. 30 of us were all looking forward to spending time together and enjoying ourselves. The highlight of Shabbat was a walking tour of the Abu Tor neighborhood in Jerusalem, one of the few mixed Arab and Jewish neighborhoods in Israel, which overlooks the South side of the Old City.

Our guide asked us to keep a low profile as we walked the streets. It was a time of heightened tension between Jews and Arabs, and the guide didn’t want our presence to spark an incident.

Our walk was enjoyable, but also tense; we kept our voices down. All was well until we stopped alongside a main road. Arabs who drove by spat and cursed at us. It wasn’t pleasant, and certainly dampened my mood.

During a typical week, I interact with Israeli Arabs socially as well as during my daily errands and chores. Arab Israelis are just as much a part of Israeli society as Israeli Jews are. As in any country, there are built-in inequalities, but Israel is an improving democracy and tries to correct for them as we build a shared society.

But my faith in Arab-Jewish cooperation was shaken during the unrest in May, when violent mobs clashed in our streets, synagogues were set on fire and there were even lynchings. I used to be a believer in grassroots cooperation between Arabs and Jews, especially between Palestinians and settlers. Regardless of whether or not we ever achieve a political solution to the conflict, I felt it was important for neighbors to find a way to get along. But the riots, and the violence, shook my faith in whether cooperation was possible; could I ever really trust Arabs again?

Over Shabbat with my family, I turned to my sister-in-law, a longtime activist who helps Arabs integrate into Israeli society. I confided in her that I was troubled about my new distrust of Arabs and loss of faith in Jewish-Arab cooperation. I was worried that my distrust was based in racism, and that I was generalizing about all Arabs based on the actions of a few. Yet I couldn’t shake the fear I had over potentially being a victim of the next act of terror. I was truly troubled.

My sister-in-law told me that she felt my distrust was racist, and that I needed to overcome my anxieties. An amazing and improbable combination of two stories helped me do so quicker than I could have imagined.

Three weeks ago, Yigal Yehoshua died in the hospital after he was attacked by an Arab lynch mob who hurled rocks and bricks at him during an anti-Israel riot in Lod.

Following his death, Yehoshua’s family decided to donate his organs to save others. His kidney was donated to Jerusalem resident Randa Aweis, 58, an Arab woman, who underwent a successful operation at Hadassah Hospital after waiting seven years for the organ on a transplant list.

That same week, Muhammed Mahamid Kiwan, 17, was shot in the head by Israeli police during a demonstration in Umm al-Fahm. Despite the efforts of Rambam Hospital doctors, they were forced to declare Muhammed brain dead. His family decided to donate his organs, which saved six Israeli patients, five Jews and one Arab.

While the families of the deceased couldn’t have determined where their loved one’s organs would go when they made the decision to donate, they were well aware the organs could be donated to the “other side.”

With violence sprouting everywhere, the Yehoshua and Mahamid Kiwan families, both suffering from the death of their loved one at the hand of their “other,” decided to give the gift of life to the people they could understandably hate the most.

People in this region are built differently than anywhere else in the world. I can’t explain it, and you shouldn’t even try. There’s something metaphysical about simple existence in this land, and the reality of life here gives me faith in a brighter future.

Among the new government’s biggest challenges will be healing the Jewish-Arab divide in our country. With the first Arab party in a governing coalition, Arab Israelis will have a voice in government decisions. This will ensure that the government will dedicate more resources to the Arab sector than ever before. Greater Arab participation can be the first step towards healing our divisions — B’ezrat Hashem and Insha’allah.

But politics alone can never save us. It is up to each of us, everyday Israelis and Palestinians, to make space for the other in our lives and do the hard work of building a shared future.

David Ian KleinMay 20, 2021
The views and opinions expressed in this article are the author’s own and do not necessarily reflect those of the Forward. 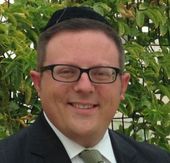 Learning to trust my Arab neighbors in Israel again