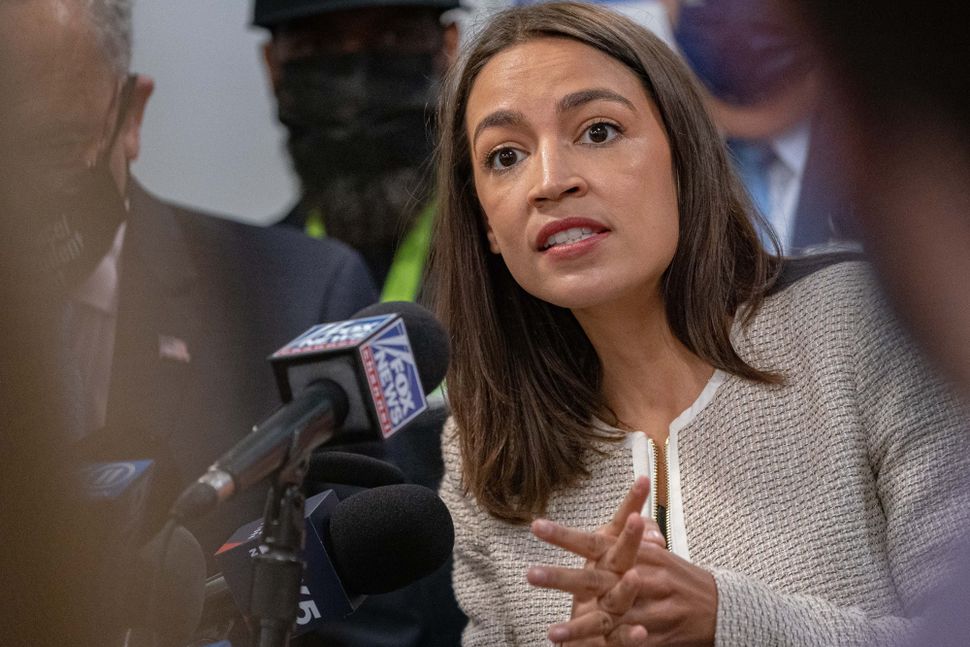 As a Haredi Jew, I harbor politically and socially conservative views, very unlike those of Representative Alexandria Ocasio-Cortez. But my belief system includes a mandate to be committed to the ideal of truth.

That mandate is what compelled me to rise to the defense of the progressive Congresswoman, on multiple  occasions, when I felt she had been unfairly maligned as anti-Israel or antisemitic.

But the same Jewish ideal of truth that led me to defend the Congresswoman compels me to express my chagrin over her reaction to the most recent war between Hamas and Israel — which, like all the previous such conflicts, was initiated by the former as part of its declared goal of eradicating the latter.

Congresswoman Ocasio-Cortez was clearly moved, again and understandably, by the lamentable — but in all wars, inevitable — loss of life. Her reaction, though, seemed born of emotion, not of facts and sound judgment.

Thus, she came out in opposition to a President Biden-approved sale of weapons to Israel. She tweeted, “Do Palestinians have a right to survive?” and that Israel is an apartheid state.

The answer to her first question, of course, is “of course.” Palestinians have a right not only to survive but to thrive, in peace and prosperity. The more pertinent question is, “Does Israel have a right to ensure that its citizens survive?” And, “Does it deserve to have the means to do so?”

As to apartheid, the representative either has no idea what apartheid was or has a false image of Israeli law and society. As the distinguished South African Judge Richard Goldstone, who was charged by the U.N. Human Rights Council to lead an investigation of Israel/Hamas hostilities in 2008-2009, wrote in The New York Times in 2011: “In Israel, there is no apartheid. Nothing there comes close to the definition of apartheid.” A lot has changed in 10 years, but not this reality.

Congresswoman Ocasio-Cortez has apparently, and unwisely, accepted the portrayal of Israel’s recent actions in Gaza as unnecessarily strong — as a disproportionate response to Hamas’ 4,000 rockets launched at Israeli civilians.

But the fact that Israeli bombs caused more casualties than Hamas’ rockets is only “disproportionate” if one regards Israel’s goal as punishing the terrorist government in Gaza. But Israel’s goal — which Hamas’ attacks gave them the opportunity to pursue — was not to punish but to destroy Hamas weaponry infrastructure in order to protect Israeli civilians from coming under attack again in the near future. To speak of “proportionality” in such a mission is incoherent.

What, though, in the end, about all those deaths? Israel asserts that a majority of them were “militants” (more accurately, “terrorists” — after all, they aim to kill innocent people), but there were surely innocents among the dead and wounded. And that is indeed tragic.

But what Representative Ocasio-Cortez needs to ponder, and deeply, is that Hamas hides itself among civilians. And that no army in the world does what the Israel Defense Forces did last month in Gaza (as it did in earlier responses to Gazan rocket fire): the IDF routinely sends text messages, makes phone calls and drops leaflets warning civilians to evacuate premises housing terrorists or weapons caches about to be bombed.

For its part, Hamas aims its rockets at civilians, and rejoices at every Israeli casualty. It sends booby-trapped party balloons across the border into Israeli towns in an effort to kill Jewish children.

I pray that Congresswoman Ocasio-Cortez will realize that, despite some of her Israel-hating colleagues’ blandishments, while the proximate cause of the loss of life in Gaza may have been Israeli bombs, the true responsibility for the deaths lies entirely with Hamas.

Israel is not perfect. It even arguably gives Palestinians grounds for grievance with some of its policies and actions.

But rare as rubies is a conflict where good and evil are as clearly distinguishable as in the struggle between Israel and Hamas. One side seeks peace and security; and the other, its adversary’s obliteration.

I pray that Representative Ocasio-Cortez will come to understand the undeniable truth of that sentence.