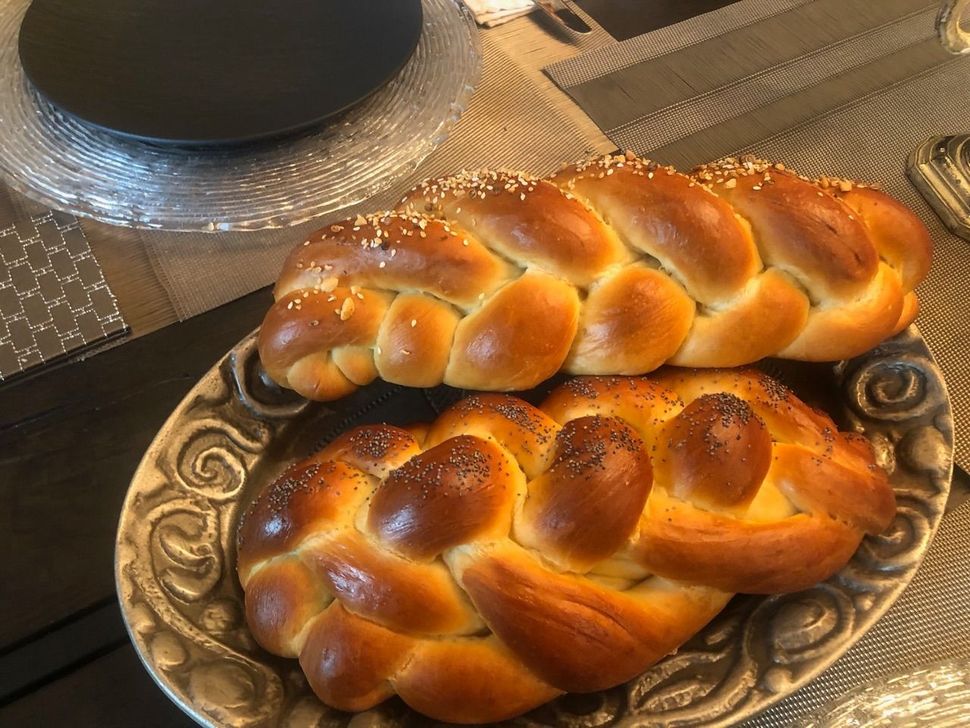 It’s 12:34 a.m., and like millions of others during the pandemic, the imminent threat of death is keeping me awake.

I distract myself by scrolling mindlessly through Facebook and Instagram, admiring the golden curves and the taut exteriors in my feeds. No, I’m not referring to the Kardashians or the #fitspo telling me how I can exit the pandemic with swimsuit model abs. I’m talking about challah.

I’m neither an observant Jew nor a star in the kitchen. While I grew up in a loosely Orthodox environment, I’ve let traditions go over the years. Some might describe me as completely unaffiliated; I prefer to think of myself as a “choose your own adventure” Jew — I pick what pleases me and disregard the rest.

As for cooking, most days, I put a pot on a stove and walk away — just for a few minutes, I swear — until I hear my 10-year-old daughter holler at me from the kitchen that either the pot has boiled over, there’s a burning smell, or that the smoke alarm is ringing.

Up until this point in my life, I’ve lived by the motto that if my food tastes palatable and doesn’t hurt me, I’m eating it. Yet something changed for me early in the pandemic. A childhood friend (the incredibly talented musician Neshama Carlebach) invited me to join a group of challah aficionados on Facebook.

I grew up on the traditional three-strand loaf, but when I discovered the artistic 4, 5, 6, 7, and 8-strand of challahs shaped into everything from cicadas to flags, it blew my mind. I knew I had found my people.

Scrolling through the posts, my fear of carbs melted away like that last bit of snow that stubbornly lingers in the shade in Toronto until May. I found a community and connected to a ritual, which I was shocked to discover made me… happy?

I include the question mark because baking challah led me to reconsider just how happy I was before this pandemic. In pre-pandemic times, I woke up at dawn and then moved at a frenetic pace between work, raising children and maintaining a home. Days often bled into one another with almost nothing to differentiate one from the next. Weather aside, January felt like June.

At first, my challahs could be described as inconsistent. Chewy and dense sometimes, light and crusty on other occasions. I followed the instructions vigilantly, but so it went.

When I spoke to Neshama again and told her about this, she referred to the act of making challah as something “holy,” its own form of prayer. I normally dismiss that sort of talk, but I decided to give this new framing a shot.

The next time I made challah, I shut off my phone, closed my laptop and shushed any child that entered the kitchen as I mixed my meticulously measured ingredients — with intention this time. 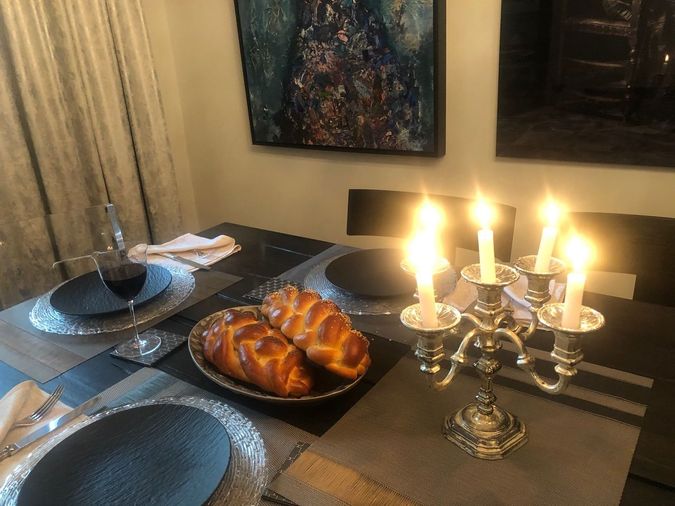 The physical act of kneading the dough allowed me time to stop thinking. I learned to focus on nothing but the dough, which sent me into a meditative state akin to praying. I began to understand the dough, which up until now I had thought of as a foolish thing that bakers say.

I also spent the time speaking to my grandmother, an Auschwitz survivor who died more than 13 years ago. I often sat in her kitchen growing up, talking to her as she baked. She tried to teach me — good Lord, did she try. Now, as I knead, I’m blessed with those conversations again. I believe she’d be impressed that my breads are finally beautiful — Instagram beautiful.

The ritual became the focal point of my week. I prioritized it, organizing my other tasks around my mixing, kneading and double rise times. I gave myself permission to not only enjoy the act of preparation, but to assign it value above other tasks I once deemed more important.

The ripple effects of this decision reverberated throughout the day. My family, including my two children and my non-Jewish Jamaican boyfriend, now recite the Shabbat prayers together, praying for health and peace for not only our little pandemic circle, but the wider world. The tasting of the challah has become the finale, where each member comments on the beauty, texture and taste before settling in for dinner.

Baking challah gave me permission to channel a feeling of spirituality I didn’t realize I missed. Historically, people have turned to religion or magic during plagues and pandemics. My skeptical side understands the science behind the placebo effect of the ritual.

But isn’t the reminder to slow down, meditate on our good fortune and offer sustenance to family and friends much more than a simple mind trick? The challah making process not only makes me feel more connected to my family, but in the lonely days of the pandemic, I counted myself as part of a community that jointly channeled our ancestors, praying for global healing.

Even as the pandemic fades behind us, I never want to let that go.

Leah Eichler is a writer who lives in Toronto.