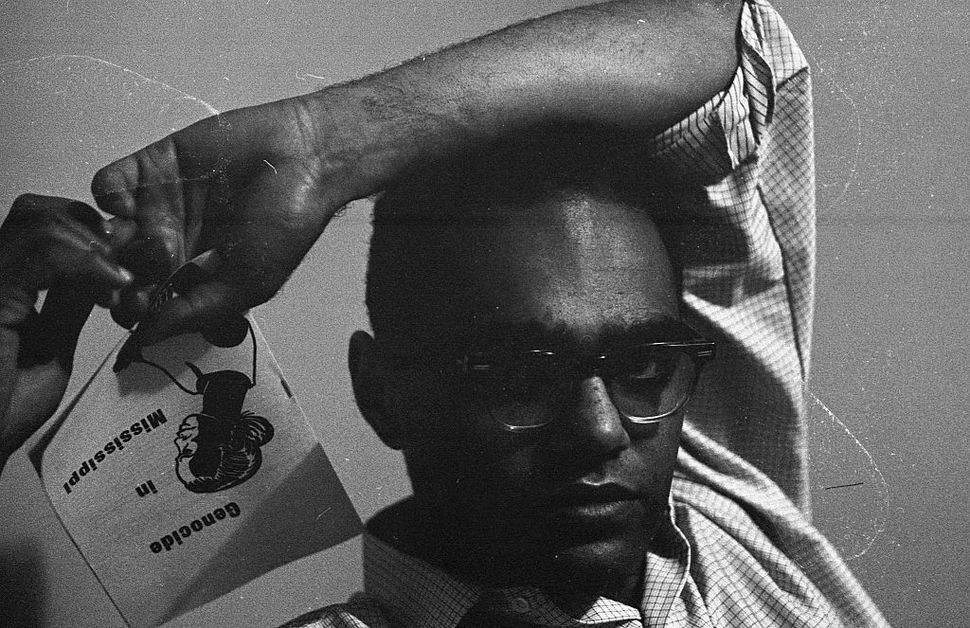 This article is not about Bob Moses.

By that I mean it’s a tribute to a man who insisted that his lifelong efforts to repair the world didn’t always have to be about him.

What’s remarkable is that he did repair much of it — in a career dedicated to securing full citizenship rights and empowerment for African Americans via two very different battlefronts: the Civil Rights Movement and math education.

In both of those, Moses, who died at 86 in Hollywood, Fla., on Sunday after living many years in Cambridge, Mass., was a towering leader — though he would bristle at the word.

“There was nothing he disliked more than to be called a leader,” wrote Joyce Ladner, who worked alongside him in the Deep South with the Student Nonviolent Coordinating Committee in the early 1960s.

Bob Zellner, another SNCC worker who endured numerous beatings and jailings with Moses during the movement, offered similar recollections.

“Bob Moses, like Ms. Rosa Parks, was a person of such calm and firm demeanor that everyone listened when he spoke in his quiet voice,” Zellner told me this week. “When Moses suggested that you should do something, most of us young SNCCers would get right to it.”

That impression began at their first face-to-face meeting in Mississippi in October 1961, Zellner recalled in his 2008 memoir, “The Wrong Side of Murder Creek.”

“I was what? Enchanted, mesmerized, astounded? Yes,” Zellner wrote. “He was quiet. He was roaringly quiet. Here he was standing solidly, equal weight on both feet, peering intently into my eyes.”

By then, Moses, born and raised in Harlem and already possessing a masters from Harvard, had established himself as a one-man voter registration drive. If from today’s perspective that sounds like a commonplace activity of the Civil Rights Movement, it wasn’t yet.

A few months earlier, the Freedom Rides had begun, bringing interracial activists from the Congress of Racial Equality and SNCC to challenge Southern segregation in interstate bus travel. As dangerous as that was, with a bus firebombed and riders repeatedly attacked by violent mobs, the idea of setting up shop in small towns like McComb, Miss., to register Blacks to vote was viewed as completely suicidal.

Yet, inspired by his mentor, Ella Baker, Moses did just that. Alone.

“Bob Moses arrived in Mississippi as a civil rights movement of one person, spending his own money, since SNCC had no money to hire anyone,” recalled Charles McDew, then the chairman of the fledgling SNCC, in his posthumously published memoir, “Tell The Story.”

Moses, who was not Jewish, returned the admiration, famously describing McDew as “Black by birth, a Jew by choice, and a revolutionary by necessity.”

A fuller picture of Moses appeared in a 1964 Saturday Evening Post article included in McDew’s book. It called him an intellectual whose “special field is mathematical logic” and noted that he was then just 29.

“Yet Moses manages to look so natural in the bib overalls he almost always wears these days that he blends in perfectly with any group of field hands,” the article said. “In fact, with his solemn manner and quiet monotone, Moses manages to be so inconspicuous that he remains one of the least-known civil rights leaders in the country, although he is fast becoming one of the most important.”

And effective. The world-changing events of Freedom Summer and the creation of the Mississippi Freedom Democratic Party were both envisioned and championed by Moses. Among the results of those efforts are numerous Black elected officials in Mississippi and throughout the South today and countless freedoms we all take for granted.

Consistent with his convictions, Moses left SNCC as the organization strayed from its idealist roots (the word “nonviolent” in its title was eventually changed to “national”). Moses returned to teaching, in Africa and the U.S. and after receiving a MacArthur “Genius Grant,” launched the Algebra Project in 1982.

“If Chapter 1 of Mr. Moses’s Mississippi odyssey was about voting, Chapter 2 is about algebra,” Jodi Rudoren, now the Forward’s editor-in-chief, wrote for The New York Times in 2001. The article cited research from Cambridge’s Lesley College stating that “92% of Algebra Project graduates in Cambridge enrolled in upper-level math courses in ninth grade — twice the rate of their peers in the city.”

It wasn’t just math for math’s sake, however.

“In today’s world, economic access and full citizenship depend crucially on math and science literacy,” Moses wrote in his 2001 book, “Radical Equations.” “I believe that solving the problem requires exactly the kind of community organizing that changed the South in the 1960s.”

In that and all his endeavors, Moses continued to convey his lessons and influence through quiet and meditative determination.

“He was grounded in the Gandhian principles of nonviolence taught by the Rev. Jim Lawson,” Horace Small told me this week. The retired executive director of Boston’s Union of Minority Neighborhoods, Small counts Moses as his mentor.

“He learned to take an ass-whupping and not fight back. But Bob never talked about that. You couldn’t get him to talk about it. It was not, ‘Bob, let’s get coffee.’ I’d be hard pressed to find anyone who could say that.”

Because, as Moses would remind you in his self-effacing way, it was not about him.