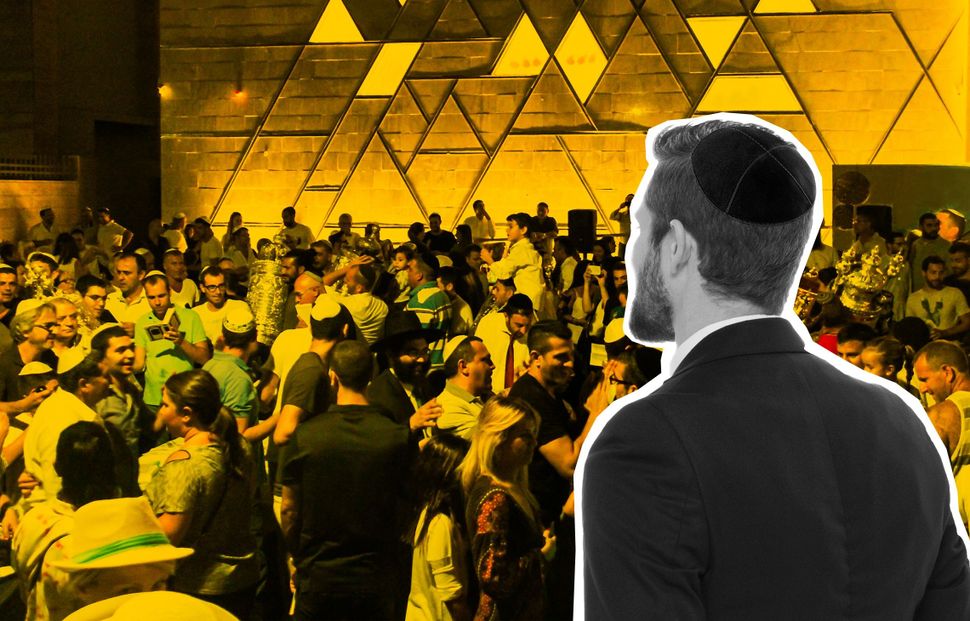 Released on the anniversary of Kristallnacht, the report, conducted by an independent law firm, showed that this shameful behavior — and the willful blindness to it by the seminary administration — was joined by a healthy amount of discrimination and insensitivity toward LGBTQ people, and some racial discrimination.

Let’s be clear: the people perpetrating or tolerating this were or became our spiritual leaders. There are six men singled out in the report because they were named in multiple, credible, firsthand accounts during the investigation. Four of these six are dead, including Bonia Shur, a musical specialist who composed liturgical melodies used in many congregations, including the one where I am president in Bloomfield, N.J.

I had never heard of Shur before the publication of the misconduct report, though I just learned that for many years, I have been chanting part of the Amidah to a tune written by him. A new discussion is ongoing among rabbis, cantors and congregational leaders about whether to keep using Shur’s melodies, as well as how to handle scholarship by the other bad actors named in the report.

The discussion is reminiscent of one that convulsed the Jewish community during the height of the #MeToo movement over Rabbi Shlomo Carlebach whose music is far better known and widely used — and who was credibly accused after his death of serious sexual impropriety. Many people stopped singing the once-ubiquitous Carlebach tunes, as his daughter and other family members worked to make teshuvah on his behalf.

The pattern is all too familiar in our culture by now. After the allegations comes the cancellation. Memorials, honorifics, academic citation and artistic work are all now subject to erasure. At our congregation, Temple Ner Tamid, the religious living committee discussed the situation last week, and decided that our rabbi and cantor would experiment with other tunes and see if one catches on.

There are three things that come to mind as I ponder this decision.

First, rather than hanging the window-dressing of cancellation, Reform congregations should be examining our internal policies to ensure that we are fostering a culture of violent intolerance of this kind of deviant behavior. Policies need to be examined and discussed on an annual basis, and — more importantly — reporting channels need to be public, clear, confidential and safe. I recently initiated a review of these policies and corresponding reporting channels at my synagogue.

Second, as a congregant, I’m not sure what the erasure of Shur’s tunes or, for example, mentions of the sociologist Steven M. Cohen’s writing would really accomplish. These men’s identities and their corresponding personas do not exactly loom large in the lives of most Reform Jews.

I remain unconvinced that the cancellation of any of the “work” of these men has the desired effect, especially since many of them are dead. The work has been done, the songs composed. You can’t really undo it, and they serve, as all creative and academic work does, as the building blocks of future great work.

Third, the cancellation discussion is not nearly broad enough, as it is focused on the subjects of the report, and not the hundreds of bystanders — most of them also leaders — who exhibited a know-nothing cowardice we often criticize in so-called ordinary Germans during the Holocaust. What comes out in this report is very clear: they knew. In Nazi Germany, the penalty for speaking up was a concentration camp. I daresay that at Hebrew Union College-Jewish Institute of Religion, the stakes were much lower.

For 50 years, the deans of each of the seminary’s campuses didn’t know?

Members of the Board of Governors didn’t know?

They knew. And they went along teaching their Talmudic lessons and gave their sermons about holiness and justice and care for the weak at the same time. All while their sisters were being assaulted, harassed, demeaned and discriminated against. While some of them carried children. A shonda.

But I think the plaques should stay up, and be covered in gauze: thin enough to read the name but thick enough to carry the smear. If there is a statue, the eyes should be blindfolded.

The melodies should stay in the liturgy. Not because the cancellation is wrong for the perpetrators, but because — teshuvah or not — the stain of indifference should not be something we get to just rub off.

Let the stain soil our institutions for a while, as it — I hope temporarily — soiled the spirits of the victims.

Josh Katz, a strategic business consultant, Krav Maga instructor & self-defense expert, is president of Temple Ner Tamid, a Reform synagogue in Bloomfield, N.J. You can email him at [email protected]