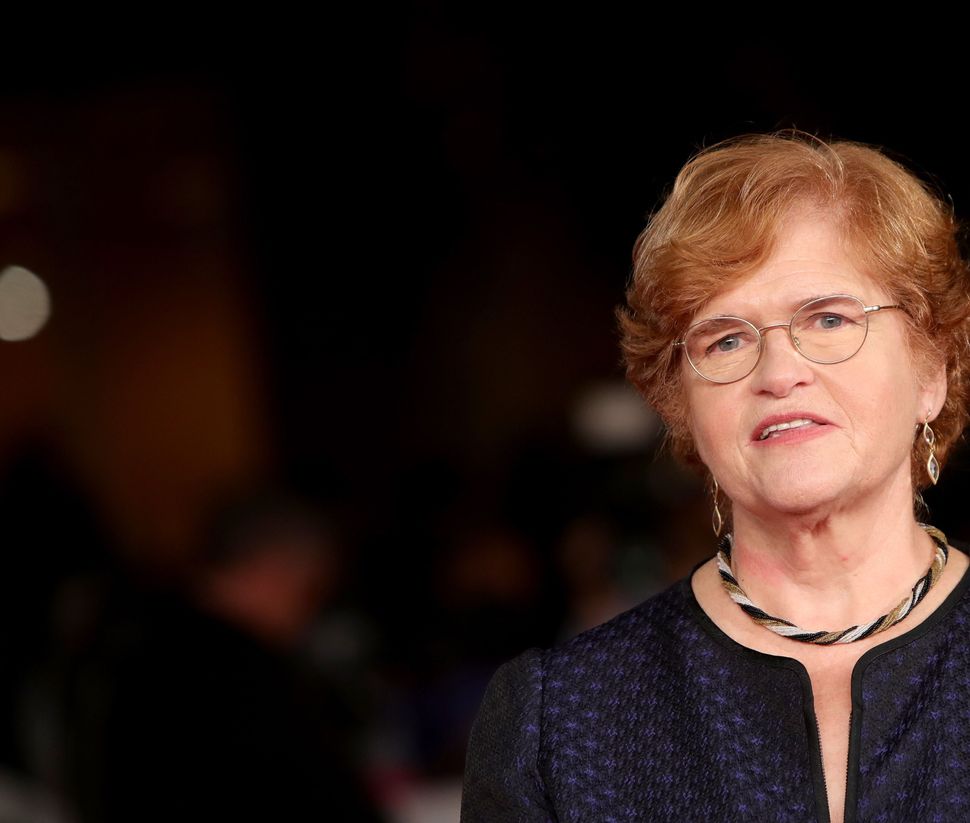 This is an adaptation of Looking Forward, a weekly email from our editor-in-chief sent on Friday afternoons. Sign up here to get the Forward’s free newsletters delivered to your inbox. Download a special edition of our free printable magazine devoted to Colleyville.

I’m going to my synagogue for Kabbalat Shabbat services tonight for the first time in nine months. I’m not generally a Friday-night services person; we grew up going to shul on Shabbat morning, and since we had our own kids, we’ve prioritized making Shabbat dinner a thing. Plus, you know, COVID. But I’m going tonight because Deborah E. Lipstadt told me to.

Lipstadt, of course, is the renowned Holocaust historian whose confirmation as President Biden’s antisemitism czar has been unconscionably blocked by Senate Republicans since July.

After the horrific hostage-taking during last Shabbat’s services in Colleyville, Texas, she broke her relative post-nomination silence to pen an OpEd reminding us that “resiliency is part of the Jewish DNA” and start the hashtag campaign #ShowUpInShul.

“It is not radical to say that going to services, whether to converse with God or with the neighbors you see only once a week, should not be an act of courage,” she wrote in The New York Times. “And yet this weekend we were once again reminded that it can be precisely that.”

Colleyville’s Rabbi Charlie Cytron-Walker — whose fortitude and heroism in engineering escape for himself and the other hostages after an 11-hour standoff were only outshined by the grace and leadership he displayed in the days since — plans to be back on the pulpit tonight. Lipstadt will walk to services at her Atlanta shul.

And I’ll make my way to Temple Ner Tamid in Bloomfield, N.J. Because in the aftermath of yet another unimaginable act of antisemitism, it’s what we can do, today, as Jews.

I deeply admire Lipstadt for her fearlessness — famously, in confronting Holocaust denial in a six-year legal battle chronicled in a 2016 film, and consistently, as an equal-opportunity critic of antisemitism on the right and left, calling out former President Trump and U.S. Rep. Ilhan Omar alike.

I think she would likely make an excellent Special Envoy to Monitor and Combat Antisemitism. But that’s not why I’m outraged by the ridiculous stall on her nomination.

What’s galling is the hypocrisy of the politicians standing in her way, the hopeless partisan gridlock stalling the alleged universal commitment to fighting global hate. Washington stands inert as a gunman known to British intelligence enters the United States, obtains a gun on the street, and terrorizes Jews exercising their fundamental First Amendment rights.

I had already been planning to write this week about the urgent need to end Lipstadt’s purgatory before Malik Faisal Akram entered Congregation Beth Israel in Colleyville. But last Shabbat’s attack only makes the Republican holdup on this crucial confirmation more appalling. 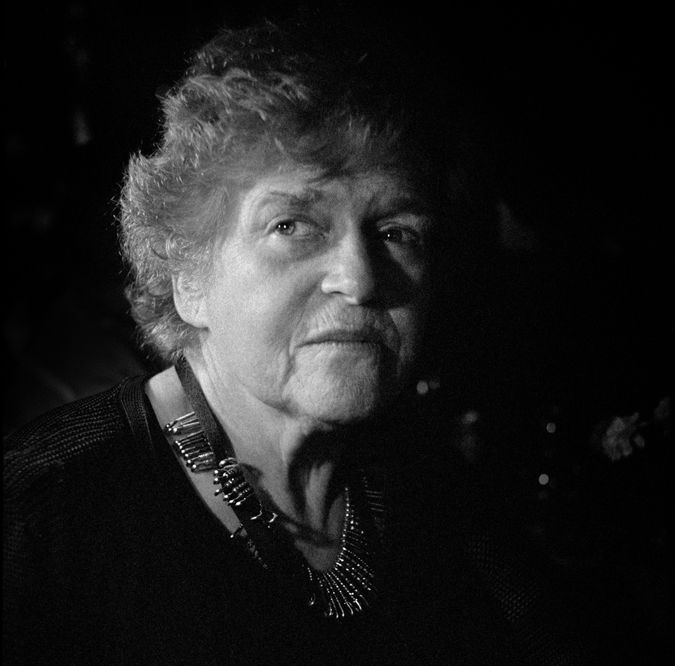 “You can’t say you’re opposed to antisemitism and then hold up the envoy for antisemitism,” Jonathan Greenblatt, CEO of the Anti-Defamation League, said when we spoke last week. “Showing that governments recognize that antisemitism isn’t just a Jewish problem, it’s society’s problem — the special envoy literally exemplifies that idea.”

The ADL, the world’s leading chronicler of antisemitism and crusader against it, led the 2020 push to elevate the State Department post to ambassador (which is why it now requires Senate confirmation), and to double its budget to $1 million.

The group welcomed Lipstadt’s nomination last summer and called for speedy confirmation, and has lobbied members of the Senate Foreign Relations Committee to schedule a hearing to no avail.

And it’s not just the ADL. Some 21 national Jewish organizations across religious and political spectrums sent a letter to the committee back in November demanding a confirmation hearing and there have been multiple, similarly broad-based, efforts since.

Even IfNotNow, a far-left group that had been somewhat critical of Lipstadt in its campaign before her nomination, wants the confirmation to move forward; its spokeswoman, Morriah Kaplan, told me the delay is “undermining the very basic process that undergirds our democracy.”

For months, it seemed that Sen. Ron Johnson, a far-right Republican from Wisconsin, was blocking Lipstadt’s confirmation over a tweet in which she correctly described as “white supremacy/nationalism” Johnson’s assertion that he would have been more concerned about the Jan. 6 insurrection at the Capitol if the protesters were connected to the Black Lives Matter movement.

The Times reported that Senate Republicans might demand Lipstadt apologize. Then Johnson, in announcing his campaign for reelection, said he was not aware he was holding up any nominations. Still, no hearing has been publicly announced.

“This is not simple or garden-variety political gridlock, this is racist extremists in the government that are holding up our democracy,” said IfNotNow’s Kaplan. “It’s kind of ironic,” she added. “We want Dr. Lipstadt as envoy to focus the office on combatting racist extremism. It exactly demonstrates what the problem is.”

Sen. Jim Risch of Idaho, the top Republican on Foreign Relations, said speciously last week that the delay was because “the nominee has left a lengthy list of materials that we’re reviewing.” Indeed, Lipstadt has published seven books — three won National Jewish Book Awards — dozens of scholarly articles and more OpEds than Risch’s committee could count.

Yet the Republicans clearly — and ridiculously — are obsessing over her tweets. And not just the one speaking the truth about Senator Johnson but the many highlighting the antisemitic dog-whistles of former President Trump.

In the months since her nomination, Lipstadt has kept a lower profile, save for her testimony at the Charlottesville trial of 24 neo-Nazi groups and individuals who led the deadly 2017 “Unite the Right” rally.

On leave from teaching at Emory University, she is finishing a book about Golda Meir for Yale University Press’s Jewish Lives series and doing some private Zoom lectures on antisemitism for law firms and companies like Google.

After her nomination, she spent hours in interviews with FBI vetters, who reviewed her passports documenting some 100 international trips and also canvassed her Atlanta neighbors. She met for 90 minutes with the Republican staff of the Foreign Relations panel, though Johnson has not agreed to see her.

She did meet with Sen. Ted Cruz, a leading Republican on the committee, and with Sen. James Lankford of Oklahoma, the Republican co-chair of Congress’s antisemitism caucus, who said in December that he was working to advance her nomination.

Having Lipstadt, whose father immigrated from Germany in the 1920s, as an ambassador would not have prevented last Shabbat’s hostage-taking. Diplomats cannot stop individual terrorists from acting on their conspiracy-fueled hatred.

But Greenblatt and Kaplan, who do not agree on much, both see real value in this office and in it being occupied by a fierce, respected advocate like Lipstadt who never shies from saying what she thinks.

As America’s antisemitism czar, she could work with the many similar envoys that were created after ours in 2004 to hold the populist leaders of countries like Hungary and Poland accountable for their antisemitic statements and policies. She could work with the Arab states newly engaged with Israel via the Abraham Accords to root out antisemitic tropes in school textbooks, museums and media.

And she could continue to do what she did without the vaunted title this week: Speak out about antisemitism wherever she sees it, and encourage each of us to continue to have the courage to live Jewishly. See you in shul.

Your Turn: The Rabbi’s Contract

A number of rabbis have written to complain about the article we published Wednesday revealing that the board of Colleyville’s Congregation Beth Israel had voted last fall not to renew Rabbi Charlie Cytron-Walker’s contract, prompting his resignation and much upset among synagogue members. They denounced the piece as gossipy clickbait and said it inappropriately added to the community’s trauma at a terrible time.

I empathize with their concerns, but respectfully disagree. Rabbi Charlie, as he is known, was the most prominent Jew in the news all week, and our readers understandably wanted to learn all they could about him and his community. It only deepens my respect for his remarkable handling of the hostage situation — and, especially, its aftermath — to know that he was being pushed out of a community he loves and has helped build since he became its first full-time rabbi in 2006.

The story also provides an important window into the complex challenges that all pulpit-rabbis face in these trying times of pandemic, polarization and alienation from organized religion. And this was just one of more than two dozen news articles and opinion essays we published this week about the attack and its aftermath.

I do see now that it was a mistake — my mistake — to include in our special newsletter highlighting this article a comment by a disgruntled ex-congregant. The comment was low down and properly contextualized in the article itself, flagging the possibility that conservative backlash against Cytron-Walker’s commitment to social justice and interfaith bridge-building may have played a role in the board’s rejection. But it did not belong in the short newsletter summary of the story, and I have sent an apology for this to Cytron-Walker through a spokeswoman. We also published this letter from Rabbi David-Seth Kirshner explaining his objections to our story.

As always, I deeply appreciate that these rabbis shared their feedback — such criticism helps us grow and improve.

With the Colleyville attack dominating Jewish news and conversation all week, we’ve devoted this week’s magazine to that story: Arno Rosenfeld, who spent several days on the ground in Texas, was one of the first journalists to interview Rabbi Charlie Cytron-Walker after the attack. He and Louis Keene also teamed up to talk to rabbis about how they balance security and the Jewish mandate for hospitality. And we have dispatches from England, where the attacker lived, and Pittsburgh, plus a range of Opinion essays.