I’m a cantor in Texas and parent of a trans child. My state’s assault on trans youth is terrifying 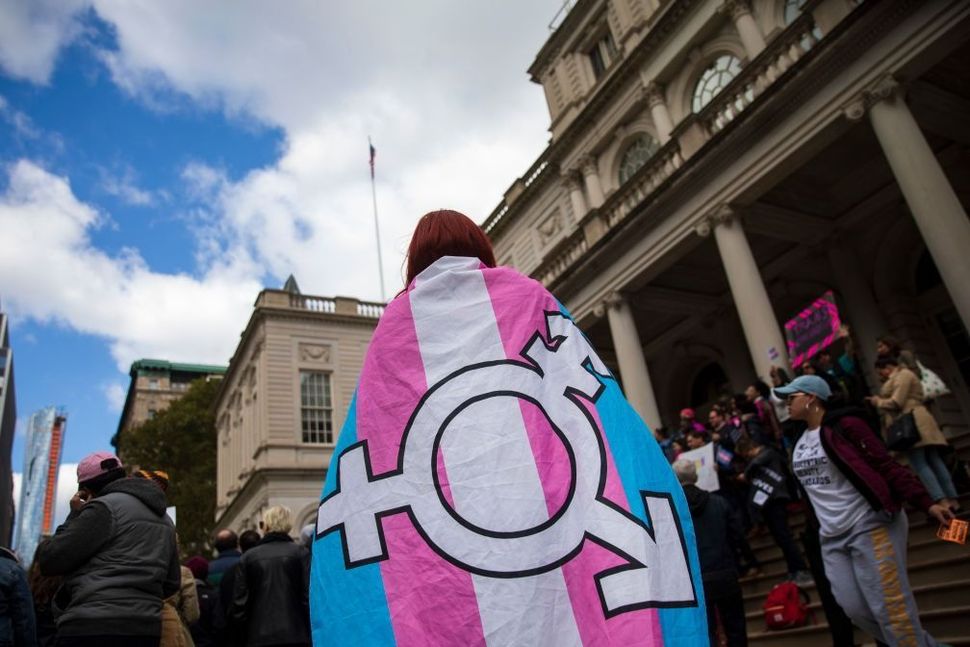 I am sickened by Texas Attorney General Ken Paxton’s recently announced nonbinding opinion regarding gender-affirming care, which states that medical treatments used in the transition process for transgender minors (ie: those whose gender identity does not correspond with the sex they were assigned at birth) ought to be defined as acts of child abuse.

I am equally horrified by Gov. Greg Abbott’s follow-up mandate to the Texas Department of Family and Protective Services (DFPS) ordering them to prosecute both doctors and parents who provide or seek this potentially lifesaving gender-affirming care.

I live in Texas, and my adult son is transgender. As a religious leader, I am generally mindful of my emotions when speaking about important issues publicly and approach conversations from a place of curiosity and openness. But at this moment, my child’s life is being threatened. I believe that the Torah clearly affirms that all human beings are made in the image of God, and therefore, full inclusion of LGBTQ congregants should be a nonnegotiable priority in our sacred spaces. I occasionally receive pushback on this front, hearing that my advocacy for queer youth has become “my personal soapbox” issue on the bimah. Yet I believe that the risks of not speaking up are far greater than those posed by speaking publicly.

The Torah commands us to protect the stranger and all who are marginalized, unheard or treated unjustly. This past year alone, Texas introduced over 40 bills — more than any other state in the country — targeting transgender youth. Topped only by California, Texas also has the second-highest population of trans people in the country, and has reported the most trans killings of any state in the last five years.

The Talmud tells us that if we save one life, it’s as if we’ve saved the whole world. And right now, here in Texas, Abbott’s statement is a direct threat to young trans lives. So whether it’s from the bimah or the rooftops, as a Jew, and as a human being, I am compelled to speak this truth to anyone who will listen.

It is reckless, ignorant and irresponsible for Gov. Abbott and AG Paxton to claim that gender-affirming care irreparably harms children. According to Equality Texas, a statewide nonprofit advocacy organization for the LGBTQ+ community, “Every major medical association in the country recognizes that gender-affirming care is necessary and lifesaving for transgender people, including transgender youth.”

It makes me wonder if Gov. Abbott or AG Paxton have ever had a heart-to-heart with a transgender person — of any age. I wonder if they have listened to any of the testimony that courageous trans kids like Kai Shappley have given at the Texas Capitol.

Shappley sat before the Senate Committee on State Affairs and boldly stated, “ Texas legislators have been attacking me since Pre-K. I’m in 4th grade now. It makes me sad that some politicians use trans kids like me to get votes from people who hate me just because I exist. God made me. God loves me for who I am. And God does not make mistakes.” I can’t imagine anyone hearing Shappley’s statements and being unmoved or unwilling to question their embedded and misguided assumptions.

My son Preston has heard too many of these stories while employed as a crisis worker for The Trevor Project, an LGBTQ national suicide prevention hotline. He’s literally had to talk desperate young people out of taking their own lives. I wonder if Gov. Abbott and Attorney General Paxton have done a modicum of research into the agonizing decisions loving parents of trans children have had to make over the years as we’ve seen our children’s health deteriorate without trans-affirming care, and the lengths they’ve gone through to give their child a chance at a happy life.

Preston came out as trans five years ago when he was 24. My husband and I were a bit surprised, but we celebrated and affirmed Preston’s identity. Preston had been unhappy with who he was for a long time, so we were grateful that he discovered the source of his suffering and began the journey toward living as his true self.

Preston’s journey has been a blessedly smooth one because he has had the unconditional support of his family as well as his friends, both personal and professional. He is confident, proud and unafraid to speak truth to power.

I credit that not only to his own emotional strength but to all those who have validated and celebrated his right to be a strong, trans man. If the Governor’s directive would’ve been in place when Preston was in his teens and living at home, I can’t imagine how desperate and frightened we would be, knowing that our attempts to help our son would be viewed by the state as criminal acts.

The science behind transgender medicine does not lie, despite what the Governor and Attorney General seem to believe. They are fixated on the use of puberty blockers and hormone therapy for trans children, despite the fact that puberty blockers have been used for decades for cisgender children to prevent early or rapid puberty.

In his formal opinion, Attorney General Paxton wrote that surgical procedures such as vaginoplasty or hysterectomies “constitute child abuse,” yet trans children cannot have medical gender-affirming surgeries until they turn 18 and are legally an adult. It’s absurd to suggest that surgical intervention on children is any sort of norm.

Even though the Attorney General’s opinion is simply an opinion and not law, that doesn’t discount the damage his statement and Gov. Abbott’s directive will do to trans children in Texas. When the governor of your state declares that those trans children lucky enough to have loving family support ought to be torn from their families, and their loved ones prosecuted for child abuse, it is a horrific abuse of power. On every level, medically and morally, these directives are wrong.

I pray that the DFPS will ignore the shameless and uninformed opinions of our state leaders, and instead, listen to the voices of medical professionals who assert that gender-affirming treatment can help save lives. The real child abuse here would be to take children away from those who love them, and who are providing a safe place for them to be exactly who they are.

If this happens, I fear — I know — that some of these children will end up taking their own lives. And that will be an unspeakable tragedy.

I’m a cantor in Texas and parent of a trans child. My state’s assault on trans youth is terrifying