Despite 10 years of promises, Jewish leaders have failed to make space for Jews of color 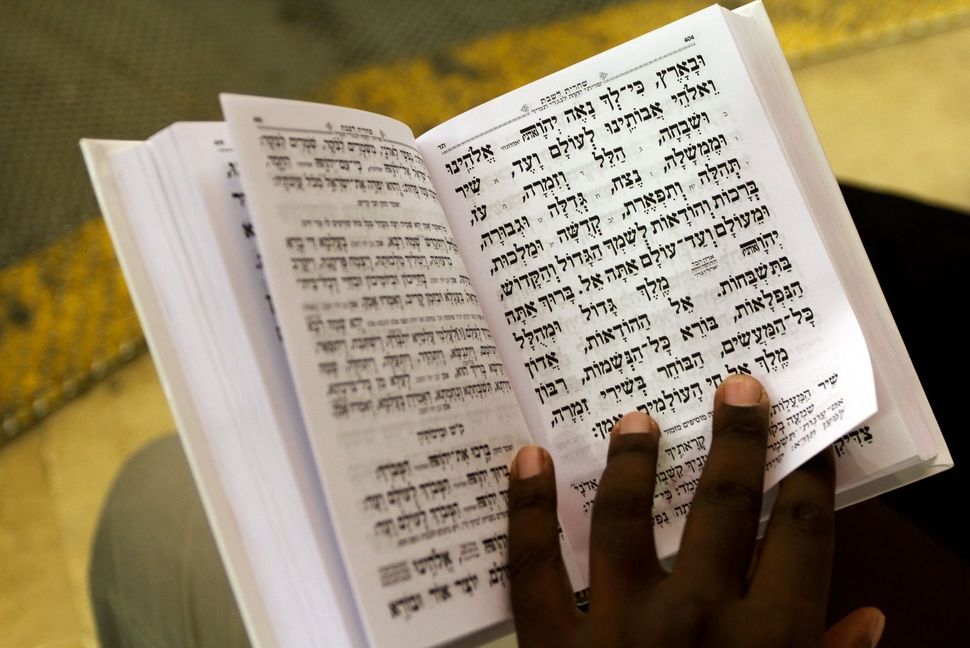 I always wanted for my family what I observe in so many other Jewish families: that feeling of deep connection that comes from being part of a Jewish community.

Ten years later — after all the diversity committees, reviewing of draft congregant surveys and sermons, I look out at my community and there is little, dare I say nothing, to show for these efforts.

And I don’t see it changing any time soon, since rabbinical hiring processes tend to prioritize the rarefied, traditional training that few clergy of color have, to date, fully acquired.

I recently had a very difficult conversation with a senior congregational rabbi I’ve worked with for years. Beyond her good intentions, we talked about their failure to implement any tools or strategies that institutionalize efforts toward ensuring a multiracial, anti-racist synagogue community. I told them that goodwill and intentions are not strategies.

I pointed to the absence of institutional policies and how their absence thwarted their stated objectives of ever having the shul and its leadership reflect the racial diversity of the Jewish community. I explained that the lack of progress — literally none that could be measured — was in fact regressive and harmful to the community.

Lack of policies and practices to ensure a multiracial, anti-racist community, and failure to create and support pathways to diverse role models and diverse leadership reinforces a false narrative of who is a Jew and a Jewish leader in the United States, harming and arresting the development of us all.

My experience isn’t unique. I know there are hundreds if not thousands of Jews of color working with passion and fever to transform their communities into ones that embody anti-racist values and reflect the racial diversity of the American Jewish community.

I am so grateful to them. I also share their frustration. We must work through congregational and organizational leaders to activate and eventually institutionalize durable multiracial, anti-racist change. Yet it is our leaders who inadequately respond to racism and white supremacy in the Jewish community.

When you’re Black, queer or female — or all three — every moment of institutional power attainment comes with a parallel consciousness about the significance of responsibilities that come with that power. With the opportunity and authority to deal in power also comes a sense of yirah, Hebrew for awe or fear. It is an extraordinary and sometimes heavy responsibility to hold power — power that can both help and harm.

Many of our white leaders come from predominantly white communities. They are products of those environments. They are often born into power pathways designed to serve them, pathways indelibly informed by policies and practices related to race, gender, affluence and Jewish communal history.

And when one is of an environment, it can be hard to see the self from outside of that environment. Until we, collectively, are able to responsibly own and hold power, it will be difficult to be in an honest and intimate relationship with our power.

Last year, “Beyond the Count” — a study commissioned by the group I lead, the Jews of Color Initiative — found that 80% of Jews of color have experienced discrimination in the U.S. Jewish community. Of the more than 1,000 Jews of color surveyed, just 13% said Jewish leaders are doing an adequate job responding to racism in our communal organizations.

Decades and decades of quiet reinforcement of racism, a paucity of communal leaders of color, and a lack of bold, catalyzing public commitments has created communal hardship that our leaders can and must remedy and repair.

We must begin by planting our feet firmly on the side of courageous and righteous justice. Among other things, this means we own our communal influence, take risks, and speak truth to power. Leveraging the leanings about the impact of racism and white supremacy on Jews of color, we as leaders have the opportunity and responsibility to commit publicly to halting the legacy of racism and white supremacy in our organizations.

This must be done even when we don’t yet know how to halt this legacy, and it must be done publicly to build accountability. It is powerful to own and name harm — and to walk away from parts of our past that don’t serve us as the Jewish people.

But I want to ask more of leaders, and more of myself.

First, those of us with institutional authority must employ — bring to all we do — a view of leadership informed by racial equity and justice. Leading a diverse population requires intentional training and skill. And that training must include works, voices, pedagogy and conceptual frameworks from people of color. This training is vital; it imbues us with the capacity to stand in front of our communities and explain with integrity, clarity and care the value-proposition for the Jewish community to see and understand itself as multiracial.

Second, sitting leaders must construct their succession plans for the next three, five, seven and 10 years with racial diversity as a clear goal. Chief executive officers, presidents, executive directors and board members should not only be thinking about how to attract the best visionaries and organizational developers, but those who also reflect the perspectives and experiences of the Jewish community they’ll be working with now and well into the future.

I don’t have a strategic plan for how we, as the current collective of national Jewish leaders, will make transformative communal change. Instead, I have an invitation.

Leaders: look at the data. Look at our communities, and commit right now to do everything in your power to reduce the percentage of Jews of color telling us they experience racism and discrimination in the organizations we run.

Let’s increase that paltry 13% statistic that reflects the number of Jews of color who believe we as leaders are doing an adequate job responding to racism in our communities.

Let’s feel the feelings — alarm, sadness, disappointment, even a sense of failure.

And then let’s keep it moving. Ten more years is too long for any Jew of color to further endure racism in our organizations, to not receive adequate and appropriate care from leaders, and to not see a reflection of ourselves on the bimah or in the C-Suite.

Despite 10 years of promises, Jewish leaders have failed to make space for Jews of color