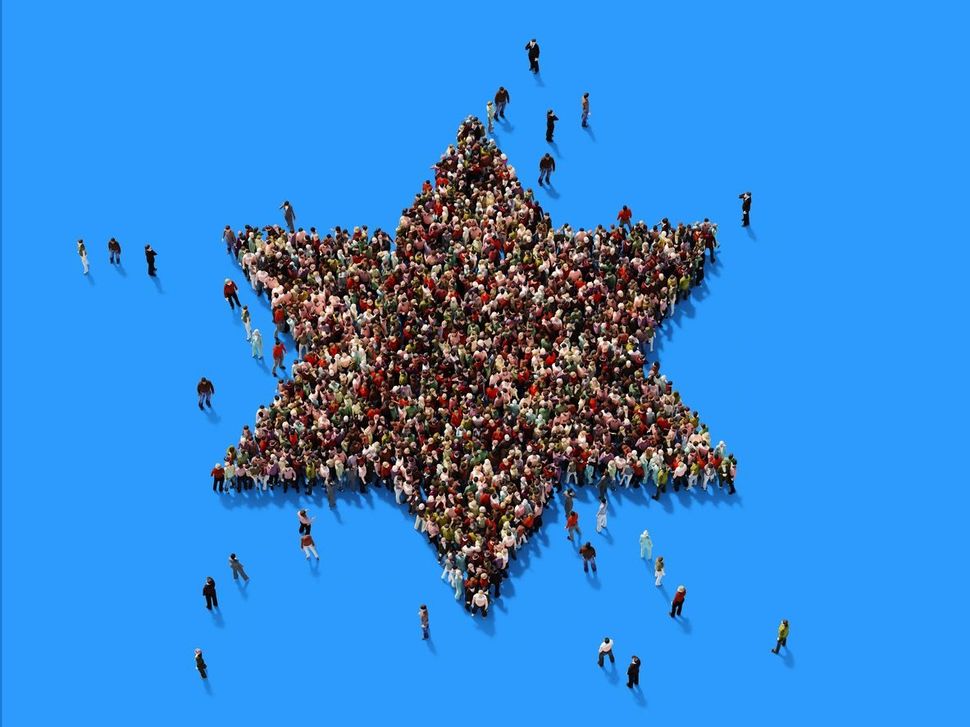 For better or for worse, efforts to ensure that the needs of Jews of Color are met in the organized Jewish community rely on accurately counting us. Image by iStock

Robin Washington, the Forward’s editor-at-large, shares his thoughts on the largest-ever study of Jews of color and about that time he was mistaken for Rod Carew at his own Twin Cities synagogue.

American Jews of color say their racial and ethnic identities shape their Jewishness in important, positive ways, but that they also face bigotry in settings where white Jews predominate, according to a study released Thursday, the largest-ever of this group.

Respondents to the study describe other Jews presuming they are converts, asking intrusive questions about their backgrounds, and mistaking them for nannies and synagogue security guards. Called “Beyond the Count,” the study captures the experiences of more than a thousand of Jews of color active in Jewish life and provides a trove of data that its sponsors hope will help Jewish leaders create more welcoming synagogues, schools and other Jewish spaces.

Overall, eight in 10 respondents said they have experienced discrimination in a Jewish setting.

“Jews of color and our voices have been trying to get out,” said Ilana Kaufman, executive director of the Jews of Color Initiative, which produced the study. “But there have been a paucity of pathways and portals for the experience of Jews of color to be gathered, told, shared.”

“This is a conversation starter for a lot of Jewish communities right now,” said researcher Gage Gorsky

The study found that many Jews of color remain involved in Jewish institutions despite encounters with other Jews who minimize their Jewishness.

One Black Jewish man interviewed for the report said that he was often treated as if he was new to Judaism, as opposed to an active member of the community.

“I went to Shabbat services recently, and a woman came up to me and said, without introducing herself, ‘Shabbat Shalom. So are you here for a religion class? Did you convert?’” he said.

Researchers surveyed 1,118 self-identified Jews of color who opted-in to an online survey and interviewed 60 of them in more detail. The study is not meant to reflect the views of all non-white Jews, as traditional polls attempt to do, but instead functions as a massive focus group that demonstrates both the diversity and common experiences of Jews of color. Among respondents, about a fifth identified as Black, African or African-American, 11% as Hispanic or Latinx, 10 percent as Asian American, and the balance as Middle Eastern, North African or Native American.

“Nobody has spoken to this many Jews of color about these topics,” said Gage Gorsky, who was part of the study’s research team and identifies as half Mexican, half Ashkenazi. “This is a conversation starter for a lot of Jewish communities right now.”

Most of the respondents (66%) identified as biracial, mixed or multiracial. In addition:

The Jews of color who responded to the survey described their connection to their Jewishness in ways that mostly mirrored that of the wider American Jewish population, with large numbers describing social justice, remembering the Holocaust and celebrating Jewish holidays as “very important.” Participants in the study also described how they are bridging their Jewish and non-Jewish backgrounds.

“I’m bringing together aspects of myself that were very siloed,” said the woman. Quotes from respondents who were interviewed for the study were presented anonymously, and the Jews of Color Initiative declined to make any participants available to the media.

Others discussed the importance of affinity spaces for Jews of color, with nearly half of those who participated in the survey saying that they did not feel a sense of belonging among white Jews.

“Going to synagogue fills my need for Jewish spirituality, and there is another spiritual need that I have to be in JoC-only spaces,” a Mexican- and Iranian-American woman in her 30s said.

Some Jews of color also described the way that skin tone influenced how they were treated in Jewish settings.

“I can look white to certain people, so I didn’t get the same kind of invasive questioning or security called on me the way that Black Jews experience,” one Asian-American woman told researchers. A Hispanic nonbinary person said that they were recently questioned about identifying as a Jew of color by “another white passing Lantix person in very uncomfortable ways.”

Past studies of Jews of color have largely sought to define the size of the community, rather than gathering collective and individual experiences. Estimates of the population have ranged from 6% to 15% of the Jewish community and the recent Pew Research Center report on American Jews found that 92% were white.

The Jews of Color Initiative is a project of the progressive Tides Center, and released a study in 2019 that estimated Jews of color could make up 15% of the total population. But in titling this report “Beyond the Count,” its authors signaled that they were far more interested in painting a portrait of Jews of color than taking a census.

Arielle Levites, director of the Collaborative for Applied Studies in Jewish Education, said the term “Jews of color” has been difficult for many researchers to define — for example, many American Jews of Middle Eastern or Hispanic heritage identify as white — and she praised the study’s approach.

Some study respondents grappled with the term “Jews of color,” and one described it as “uselessly broad.”

“Precisely because we want every Jew to count, we cannot ignore the voices and self-understanding of Jews of diverse backgrounds,” Levites, who was not involved in the report, wrote in an email. “Because the study allowed respondents to self-identity as a Jew of Color I think this study succeeds as a critical first step in meeting that challenge.”

Study respondents grappled with the term “Jew of color” themselves, with one Black man in his 30s criticizing it as “uselessly broad.”

“I am an Afro-Latino convert and my experience is vastly and fundamentally different from a Mizrahi Jew, yet we’re collapsed into the same category,” he said.

The study’s authors deem the term “imperfect but a useful umbrella term,” and others argued that the “Beyond the Count” report was helpful precisely because it showcased such a broad cross section of individuals who identify as Jews of color.

“That speaks to how we can’t put everyone in a box and see Jews of color as a monolith,” said Yolanda Savage-Narva, director of Racial Equity, Diversity and Inclusion for the Union for Reform Judaism. “It’s really important to know that the identities we bring to the community are diverse.”