Antisemitism is still on the menu this Thanksgiving

As American Jews gather for the holiday, how to combat antisemitism must be a topic of discussion 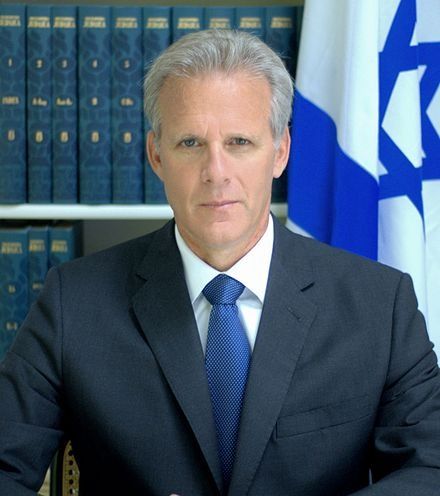 Last Thanksgiving Day, my family gathered around our father’s deathbed. My sisters came from across the United States, along with their husbands and children. I arrived, alone, from Israel. Our father didn’t die, not yet, but was wheeled semiconscious to our holiday feast.

Within seconds, we began talking politics — about Joe Biden’s recent victory and the divisive legacy of Donald Trump. Uniquely, however, uneasily, the topic turned to antisemitism. The topic was no doubt raised around many American Jewish Thanksgiving tables that year, as incidents of Jew-hatred across the United States mounted.

The rising threat, one nephew claimed, was directly traceable to Trump. “Trump’s pro-Israel’s policies endangered me as an American Jew,” he declared.

“By proving what the antisemites claim,” he replied. “By proving that the Jews control everything.”

But neither Trump’s secretary of state nor his national security advisor were Jewish, I replied — ineffectually, for just then my father’s caregiver, a non-Jewish Eastern European woman long cherished by our family, served the turkey.

“But he’s right,” she added, meaning the nephew. “Everybody knows the Jews in this country have all the money and power.”

My sisters gasped; one of them cried, “That’s antisemitic!”

“Please pass the gravy,” our mother interjected, cutting the tension. But not for long.

The same nephew soon related a disturbing incident he’d experienced that week at his work. Talking to him on the phone, a colleague who didn’t know he was Jewish called their boss, who was clearly was Jewish, a “Jewbomb.” The nephew, while deeply insulted, said nothing. What should he have done, he wondered?

Some debate followed over the meaning of “Jewbomb,” though all agreed it was derogatory. But regarding my nephew’s response, or lack of it, our family was divided.

“You should go back to him and explain why the remark was so hurtful,” one brother-in-law ventured. “See this as an educational moment.”

Everyone nodded except for me. “Education, hell, have him fired,” I, the scrappy Israeli, insisted. “What if your boss were Black and your colleague called him something racist — what would you do then?”

“Report him,” my nephew quickly answered. Again, everyone agreed but me.

“So let me understand,” I dissented, “racism against African Americans is grounds for dismissal but racism against Jews is an opportunity.”

The nephew explained, “Black people have suffered in this country for 400 years.”

“Suffered terribly,” I concurred. “And we must never forget it.” But then, pointing at our father — his grandfather, a decorated veteran — I recalled that he’d fought in a war in which one out of every three Jews was murdered. “How much suffering do you need to stand up to antisemitism?”

This sparked a full-throated argument between my siblings and me. “Sacking the colleague will only make him hate Jews even more,” they reasoned. “Sacking him will show that the Jews are really too powerful.”

And I countered, “Sacking him will serve as a warning to others: Antisemitism comes at a price.”

The disputation continued through dessert, interrupted only by our father, silent until now, noting that Gen. George Patton, the famed World War II commander, was “a total antisemite.”

Then it ended, our meal and our “tisch,” without resolution.

One month later, our father passed away. My sisters and their families returned to their coasts and I flew back to Israel. Antisemitism, meanwhile, surged, and this season peaked with Jew-hatred spewing from celebrities’ mouths and proliferating on Twitter.

Yet American Jews still appear divided over how to respond  —  forcibly or instructively. They’re even split over whether an anti-Zionism that singles out Israel, holds it to unique moral standards and denies its right to exist, constitutes antisemitism at all.

It’s difficult, if not impossible, to fight a threat that can’t be defined or defend a community so disunited.

Rectifying this situation, reaching a consensus on what antisemitism is and how to combat it, must be a topic at American Jewish tables this Thanksgiving. On a harvest festival modeled on Sukkot, held by pilgrims who called themselves the New Israel, who gave Biblical names to their cities and feasted on turkey — hodu, in Hebrew, but also meaning “thanks” — no discussion could be timelier.

Antisemitism is still on the menu this Thanksgiving