Anti-Zionism is not (necessarily) antisemitism

For ADL CEO Jonathan Greenblatt to depict any and all anti-Zionist views or attitudes as antisemitic is wrong. 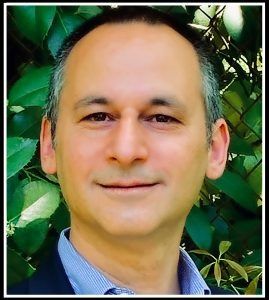 At the Anti-Defamation League’s national summit last week, ADL’s CEO Jonathan Greenblatt unequivocally stated that “anti-Zionism is antisemitism.” No ifs ands or buts. No reservations. No nuance. He repeated his statement, explaining that he does so “because words have power. Words have meaning.”

He’s right about one thing: words do matter. And that’s why it’s so disheartening to see a well-respected leader from an organization as important as the ADL make a statement that is so clearly false.

Sure, some anti-Zionists are also antisemites. But to depict any and all anti-Zionist views or attitudes as antisemitic is wrong and wrongheaded. It is damaging to the cause of peace, to the effort to bridge the gaps between Jewish Israelis and their fellow Arab citizens, and to the efforts to chart a path toward Israeli-Palestinian reconciliation. It is also damaging to the ADL’s mission, the crucial fight against very real antisemitism.

Contrary to Greenblatt’s assertion, anti-Zionism is not the “negation of another people,” but rather is the objection to or rejection of the Jewish national movement. Millions of Palestinians, including citizens of the state of Israel, have paid a heavy price for the creation of the Jewish state. Many of them have come to terms with the existence of Israel and with its legitimacy, but if you feel that your national movement is being delegitimized, denied and canceled by a national movement that strives to replace your people, you cannot be expected to support your adversary’s national aspirations.

Israelis and Palestinians, Jews and Arabs, have every reason to feel aggrieved. And that aggrievement often manifests itself on both sides in the form of adversarial, zero-sum attitudes that deny the legitimacy of the other side’s national aspirations or national movement.  There are many Israelis (and American Jews) who vehemently deny the legitimacy or the validity of the Palestinian national movement, but they are not all necessarily Arab haters or Islamophobes.

The same logic holds true for non-Palestinian anti-Zionists, including anti-Zionist Jews, whether it is because they (wrongly) equate Zionism with the occupation of territories Israel captured in 1967 and with the often-objectionable policies of the government of Israel or because they (wrongly) think of Judaism as merely a religion, denying its sense of peoplehood and rejecting its national aspirations. Is that attitude necessarily antisemitic? Of course not. Greenblatt knows it. Nevertheless, he chose to use this irresponsible, inaccurate and damaging rhetoric.

Greenblatt is guilty of what he is so vehemently blasting: the delegitimization of another people’s national narrative. That is what makes his charge so dangerous. While Israelis and Palestinians can compromise on land and resources, on the status of Jerusalem and even on a future solution for the refugee problem, they cannot be asked to wholeheartedly accept the other’s national narrative. They can try to recognize the other’s narrative, but they are not going to embrace it.

That recognition is at the foundation of efforts to create a tolerant, equitable, functional relationship between Israel’s Jewish majority and its minority of Palestinian Arab citizens. It is also the foundation of strategies to achieve a future practical resolution to the Israeli-Palestinian conflict: seek peace and compromises but don’t demand the embrace of opposing narratives.

Attempts to smear those who hold differing — and even opposing — views with the broad brush of “antisemitism” represent a tremendous failure. It is a failure to convincingly communicate your own narrative, a failure to build community and coalitions and a failure to honestly advocate your own beliefs. Frankly, it’s a failure of leadership.

Anti-Zionism is not (necessarily) antisemitism