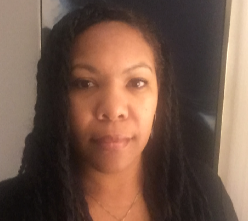 George Santos, the newly elected Republican representative from Long Island, finally admitted on Dec. 26 that he lied about his resume and academic history. Yet his transgressions go far beyond a sin of “embellishing” his professional history, as Santos continues to claim Jewish ancestry. Not only does Santos still assert his Jewish heritage, (“I said I was Jew-ish”) but he claimed his European-born grandparents fled anti-Jewish persecution during World War II, coming to Brazil.

Santos is far from the first person to claim an ethnic minority identity that they have not lived. Massachusetts Sen. Elizabeth Warren said she had Native American ancestry. Rachel Dolezal spent years cosplaying as a Black woman. And former George Washington University professor Jessica Krug played ethnic musical chairs. It seems that claiming an identity for clout has become popular.

As antisemitism rises across the country, one might wonder who in their right mind would lie about being a member of the tribe. Santos alleged that his grandparents fled Nazi Europe during the Holocaust, and continues to deny the evidence showing his maternal grandparents were born in Brazil. What is there to gain by taking on the racial or ethnic identity of a group that faces discrimination? The celebration of oppressed identities is fueling a race to the bottom while depending on stereotypes and tropes for status.

Some argue that there is a certain power in claiming oppression, that because of the shift in societal winds, being a member of the marginalized class earns certain privileges like elevated social status and the ability to speak loudly about oppression. “Playing the race card,” as this argument has been described colloquially, has been used to deny bigotry and discrimination and ignore the realities of racism.

With ideology increasingly demanding that only those with specific lived experiences be allowed to be part of the discussion, we are witnessing a growing number of individuals falsely claiming marginalized identities. In other words, the cultural elevation of victimhood has contributed to individuals like Dolezal and Santos, who claim to be a part of victimized communities.

Someone who takes on a racial or ethnic identity from a marginalized group that is not their own may be looking for attention and sympathy. A marginalized group can be elevated and celebrated for its perseverance in the face of bigotry, and for its resistance to assimilation to the dominant society. That attention may entice some to claim membership with oppressed groups. The more victim identities one holds, the more they are celebrated and the more power they may hold. If only members of an oppressed group can discuss oppression, this determines whose voices should be centered and whose should be decentered. Santos was betting that he had a lot to gain and little to lose by making false assertions about his ethnic identity.

As a Black Jewish woman, I belong to multiple minority communities, and can speak from personal experience that having one’s identity fetishized is dehumanizing. It also trivializes those who experience discrimination and worse. What isn’t discussed enough is that this type of identity-hijacking is rooted in stereotyping. My son was an undergraduate at George Washington University in 2020 when Krug, who was one of his professors, was unmasked for faking her racial and ethnic identity.

Krug’s deceit was revealed after a student noticed that in published articles, Krug’s identity had shifted from mixed Algerian and German to Afro-Latina. One of the most disturbing things about Krug’s deception was that she used stereotypes to build her fake racial identity, claiming that her mother was a drug-addicted prostitute. Ultimately, Krug admitted that she was Jewish, and did not hold any of the identities she’d previously claimed.

Although despicable, there is power in a victim-identity. Santos and Krug represent examples of  how appropriating another racial identity has become profitable socially, professionally and  financially. Santos was elected to office using a religious identity that he does not hold. Krug won numerous academic awards that were meant for Black women, which came with financial compensation. As an educator, she also betrayed thousands of Black and Latino students who thought they had found in her a successful role model.

The celebration of victim-identity has contributed to the exploitation of actual victims of  oppression, especially when individuals use false racial identities for their own advancement.  When non-Jews start to define what it means to be Jewish, it’s dangerous for all Jews. We’ve seen what happens when celebrities like Whoopi Goldberg deny Jewish ethnic identity in order to reframe the Holocaust, stating that “the Holocaust isn’t about race” and with some groups of Hebrew Israelites redefining Jews as “fake.” Statements like these not only demean Jewish identity, but they create an atmosphere where cruelty towards Jews is permissible.

In order to address this racial gaslighting, we have to counter the reduction of personhood to one’s racial and ethnic identity and begin to honor individuals for more than their immutable characteristics. We also cannot allow Santos to get away with his falsehoods and be sworn into office.

Jewish identity is under assault enough as it is, without someone weaponizing our greatest trauma for political gain.