The so-called “Students for Justice in Palestine” group and its allies falsely claim that those who are objecting to the SJP’s actions at The City University of New York are trying to stifle the SJP’s free speech and prevent criticism of Israel (“New Challenge for CUNY Over Alleged Anti-Semitism,” April 8, 2016).

Free speech isn’t the issue. The question is whether any student group should be permitted to create a hostile, anti-Semitic campus environment that causes Jewish students to feel harassed, threatened and even unsafe.

The answer is a resounding “no.”

SJP claims to condemn anti-Semitism, yet the group engages in and encourages it. At SJP rallies, the “Zionist administration” and Birthright trips to Israel were blamed for high tuition at CUNY. SJP supporters screamed “Jews out of CUNY!” “Jews are racist sons of bitches!” and “We should drag the Zionists down the street!” All of this is blatant Jew hatred and shouldn’t be tolerated, in the same way that we wouldn’t and shouldn’t tolerate the targeting of any other ethnic or racial group. 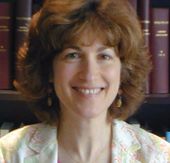