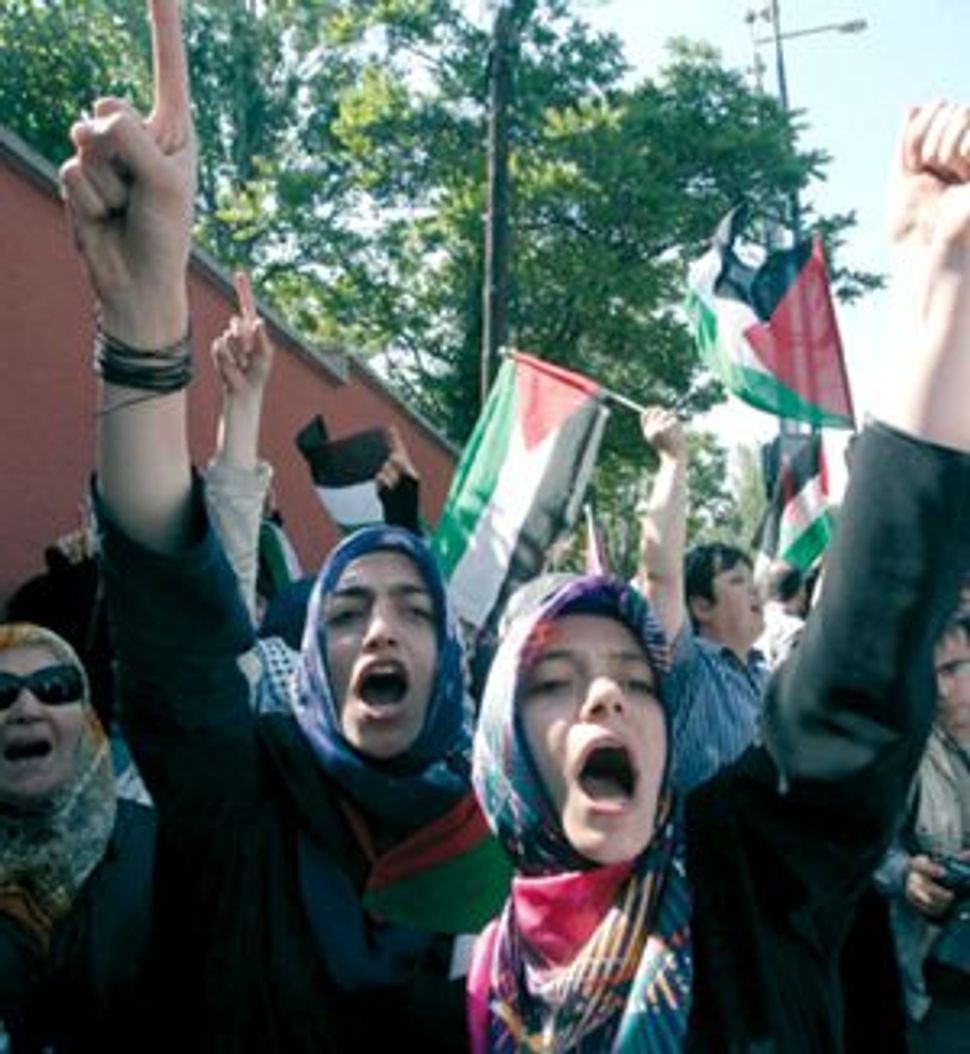 Demonstrators in the Turkish capital of Ankara held Palestinian flags in front of the Israeli ambassador?s residence

There is a fundamental misunderstanding in one of the Forward’s articles, dated October 17 and titled, “If Israel Lets In Palestinian Refugees, Will It Lose Its Jewish Character?”

The five million descendants of Arab refugees from the 1948 war who continue to live in 59 refugee facilities administered by UNRWA in Israel, Lebanon, Syria and Jordan have been educated by a new curriculum introduced by the Palestinian Authority since 2000, which prepares every family to forcibly take back the villages and homes that they left during and after the Israel War of Independence.

Our agency acquired and translated copies of this curriculum, and we have been filming the UNRWA schools over the past 12 years.

While the often-referred-to UN Right of Return Resolution 194 (passed in December, 1948) encourages Israel to take back Arab refugees who would live in peace with Israel, what is now clear is that the UNRWA refugee population is seething with the results of a war education that has indoctrinated an entire generation to believe that they have the “inalienable right of return by force of arms”, and that they have a right to expel the Jews who built cities, kibbutzim and forests to replace villages that they lost in 1948.

The inherent Israeli opposition to the right of return for the descendants of Arab refugees has nothing to do with demograhics, as Sheier and Sucharov claim.

The Arab refugees would be viewed as an invading violent force, who have waited 68 years to reverse the results of the 1948 war.