Orthodox Organizations Have a Right to Support Betsy DeVos 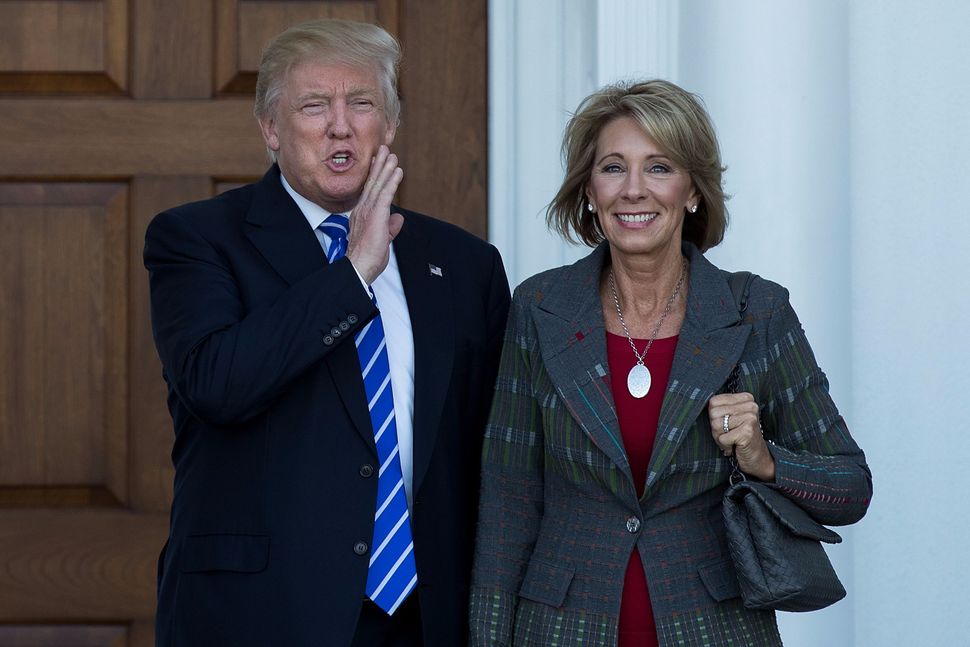 While Michaelson and I could have a substantive debate about the merits of school choice proposals and the contours of the Establishment Clause, his descent into diatribe suggests he wouldn’t be interested.

Michaelson assails “some foolish Orthodox Jewish organizations,” which I suppose includes the Orthodox Union, calling us “modern-day Esaus exchanging the birthright of American democracy for a bowl of voucher porridge.”

Michaelson seems to believe that a constituency group pursuing its self-interest is un-American, even though the founders describe in the Federalist Papers deliberately setting up a system of government designed to harness precisely such energy in the service of democracy.

Moreover, Michaelson seems to be unable to comprehend that we support school choice not only out of self-interest and a sense of fairness described above, but also on the basis of other principles — including that parents should be empowered to guide their children’s education at that doing so shouldn’t be a privilege only for those with high income.

Orthodox Organizations Have a Right to Support Betsy DeVos