Letter To The Editor: Why Sean Spicer’s Holocaust Gaffe Should So Worry Jews 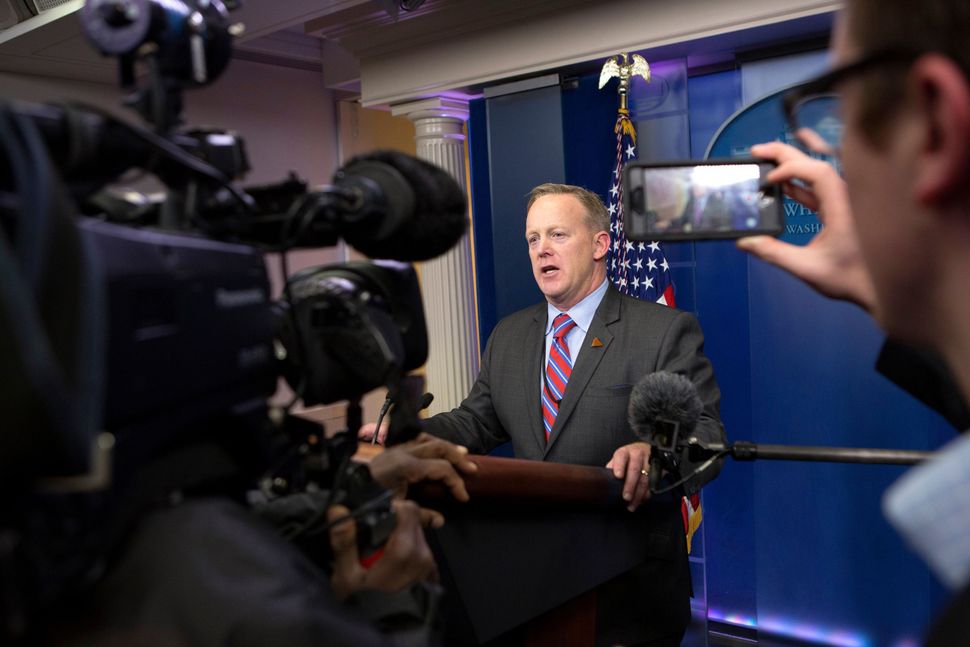 Trump administration Press Secretary Spicer’s recent Holocaust gaffe seemed an honest mistake, and that’s what, as a Jew, worries me most.

In condemning Syria’s President Assad, Spicer somehow said, “even Hitler didn’t gas his own people.” Spicer’s statement reinforced Hitler’s narrative that the German Jews were not, in fact, “his own people,” that their citizenship mattered less than their ethnicity. Coming from an administration that enjoys white supremacist support, I fear Spicer’s phrasing is revelatory.

It made me think of my school’s faculty appreciation breakfast, held this week, during Passover, when observant Jewish teachers like me were unable to partake. An innocent oversight, yet it still sent a message just who was and wasn’t “appreciated.” Last year, our all-school cookoff was held during Passover as well. Mere annoyances, but reminders nonetheless of outsider status. An administrative memo once announced that classes would not be cancelled for “religious holidays” like Rosh Hashanah. When I questioned that phrasing – after all, Christmas was a religious holiday on which classes were certainly suspended – a colleague told me, “Christmas is an American holiday.”

It surely is … and yet, the implication that Rosh Hashanah was not, despite the millions of Americans who observe it, is clear. Similarly, when the government of a multiethnic nation considers any group of citizens – Jews, Catholics, Muslims, Japanese –to be not truly “their own people,” not only can atrocities happen, they can be disregarded.

If our leaders consider Hitler’s horror diminished, even slightly, because his victims were minorities, the implications are terrifying for all of us.

Letter To The Editor: Why Sean Spicer’s Holocaust Gaffe Should So Worry Jews