The Kushner Theory of Relativity 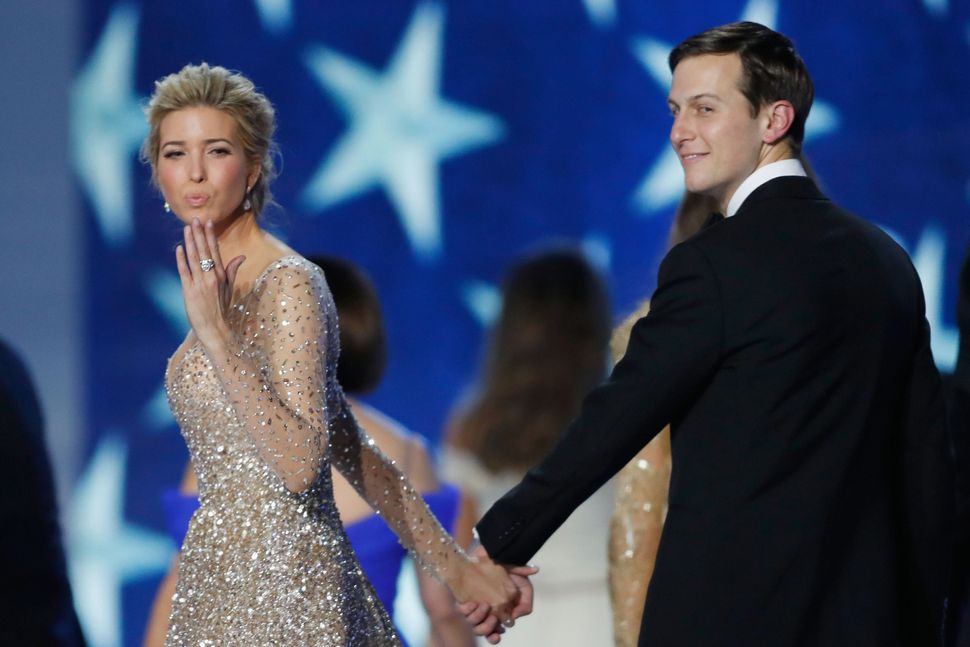 My last name – Kushner – wasn’t a big deal until the election of President Trump. Now everyone wants to know if I’m related to Jared Kushner. Aviya Kushner of the Forward apparently gets this question, too. Her response: “The short answer: no.” That’s what she wrote in her recent article “Why It’s So Hard To Be A Kushner In The Age Of Jared And Ivanka.”

Kushner is one of those names where there are too many to say we’re all directly related. But, comparatively speaking, there aren’t that many. We’re not exactly Schwartz or Goldberg. So I figure most Kushners are probably related somehow if you trace things back far enough.

I know my approach to defining family membership is kind of loose. And I admit it’s morally ambiguous.

A good example is when my niece was in college. Her literature professor wondered if she was related to Pulitzer Prize-winning writer Tony Kushner. So she asked me to find out. I said, “Just say yes.” I figured it would up her grade a few points. Now as far as I know, we’re not directly related to Tony Kushner. But c’mon, we’re all Kushners!

Is this ethical? Hey, there aren’t that many Kushners. And most of them hail from the same region, if not country, in Eastern Europe. (I used to ask my grandfather whether he came from Russia or from Poland. His answer: “What year?”) So I don’t think it’s a stretch to view us as all related. Although I’m sure fans of DNA testing would disagree. Of course, humans share 99% of their DNA with chimpanzees. But I don’t think anyone wants to go there.

Anyway, maybe I shouldn’t claim to be related to people just because we have the same last name. Maybe we should look at whether people act in similar ways. Like ducks imprinting behavior on their babies.

So let’s examine my ties with Jared Kushner. His father, New Jersey real estate mogul Charles Kushner, was once charged with tax evasion. And Charles Kushner’s sister cooperated with the feds. Charles Kushner was so angered by this that he hired a prostitute to lure his brother-in-law to a motel and had their “session” filmed. He then threatened to make the video public, but his sister informed the feds. They expanded the charges to include witness tampering.

So am I related to Jared Kushner? I haven’t decided yet. But his family sure acts a lot like mine!

And I’m not related to Aviya Kushner. But if she becomes more famous, I might be.

Malcolm Kushner is a humor consultant.

The Kushner Theory of Relativity