Blame Palestinian Leaders For The Plight Of Their People 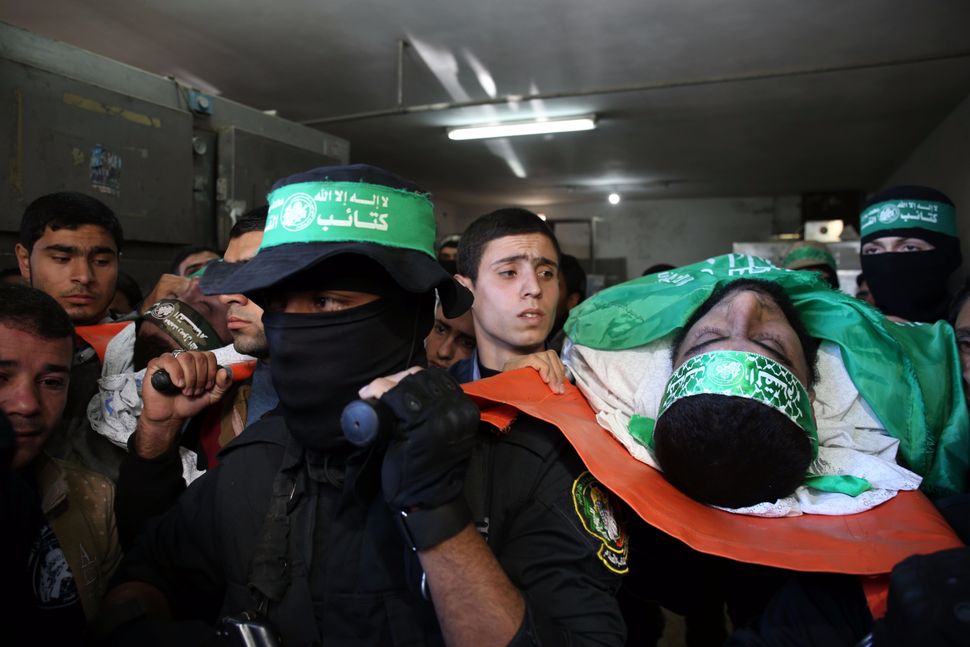 Jane Eisner recent editorial asks an important question: “Should We Celebrate the 50th Anniversary of The Six Day War – Or Despair?

Ms. Eisner, why should we despair?

Israel has done nothing wrong. She offered to withdraw from most of the territory she liberated (while, as you note, defending her people from planned genocide) in 1968, but the Arab League said, “No negotiations. No recognition. No peace.”

Perhaps the Arab League objected to Israel’s desire to keep The Old City of Jerusalem. But considering the way Jordan had ethnically cleansed the area of Jews, barred entry to anyone coming from the Israeli side of the 1949 Armistice Line and desecrated Jewish holy sites and cemeteries, no one should have been surprised about Israel’s refusal to return The Old City. And, frankly, the people who instigated and lost the war shouldn’t get to dictate the terms of the peace.

The UN Economic and Social Commission for Western Asia report, rejected recently by the UN Secretary General, says that the establishment of a Palestinian state in Gaza, the West Bank and East Jerusalem would redress Palestinian grievances. But Israel offered essentially that (all of Gaza, 97% of the West Bank, and shared governance in parts of Jerusalem) in 2001/2002 (flatly rejected by Yasser Arafat) and 2008 (flatly rejected by Mahmoud Abbas).

When one considers that the 2005 withdrawal of all Israeli communities from Gaza was reciprocated by the lobbing of thousands of missiles at Israeli population centers (from Gazan population centers!) and the digging of tunnels to facilitate the abduction and murder of Jews, can one really blame Prime Minister Netanyahu for insisting that the Palestinian state be demilitarized?

The descendants of the Arabs who fled the Arab-initiated 1948 war have suffered mightily at the hands of their own leaders and those of the broader Muslim world. They are barred from citizenship and economic opportunity in most of the Muslim countries of the Middle East. Hamas uses the people of Gaza as human shields. While refusing to negotiate, Mahmoud Abbas incites his people to “violently resist the occupation,” pays stipends to murderers and their families, and insists that Israel must accept millions of people who have been raised to blame Israel for all their misfortunes. (The “refugees” will not become citizens of the future Palestinian state. This is in contrast to Israel’s having quickly absorbed and uplifted Jews expelled from their homes in Muslim countries, in numbers comparable to (probably greater than) the number of Arabs who fled the 1948 war).

We should celebrate Israel’s many successes, including the fact that Jewish communities have been re—established on land from which Jews were driven by Israel’s enemies. Businesses in those communities provide jobs for Palestinians and serve Palestinian customers. They should be lauded as places where the first steps toward peaceful co—existence can take root. Don’t despair; Jewish communities on 2% of the disputed land are not preventing the rehabilitation of the Palestinians. Their leaders’ refusal to accept the existence of the nation-state of the Jews in the Jews’ ancestral homeland is the problem.

Toby F. Block is the Committee for Accuracy in Middle East Reporting in America’s “Letter Writer of the Year” for 2017.

Blame Palestinian Leaders For The Plight Of Their People