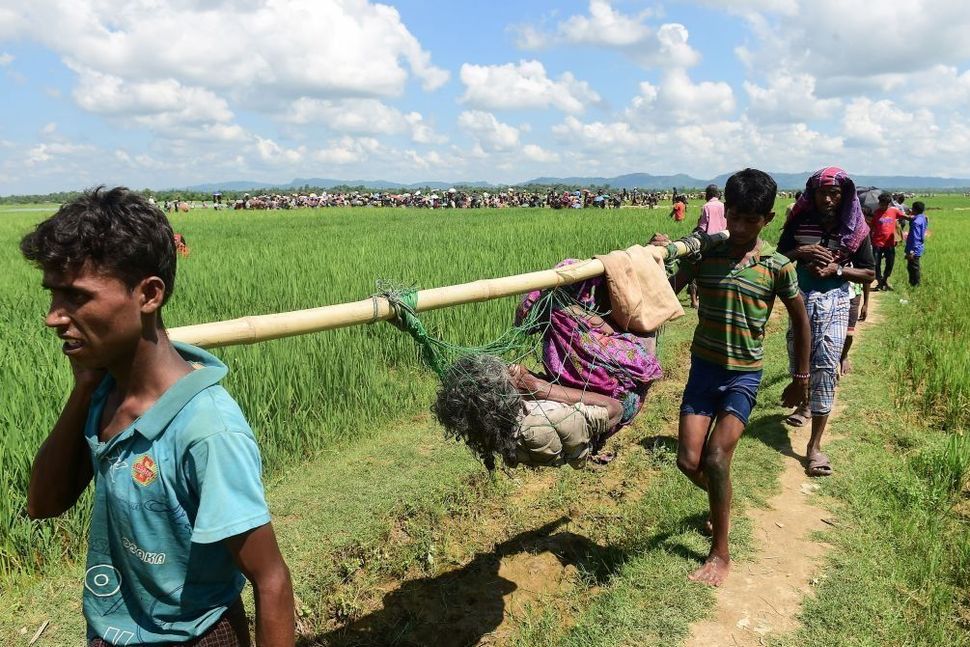 Peter Beinart claims that Israel, as a Jewish state, has a special obligation to abstain from selling arms to Myanmar. However, his article fails to provide critical background information on which countries actually sell arms to Myanmar and how Israel’s sales compare to the total. The result was surprising. According to public data provided by the Stockholm International Peace Research Institute (see graph below) from 2000-2011 (with 2011 marking the end of the military junta), Myanmar imported nearly 2 billion dollars in arms, of which 61% percent were supplied by Russia and 27% by China. Israel accounted for a mere 3.7% of the sales. Since 2012, Myanmar has imported 1.2 billion dollars in arms, 70% from the Chinese, 19% from Russia, 1.2% from France, .6% from Germany, and nothing at all from Israel. That’s right: Nothing. 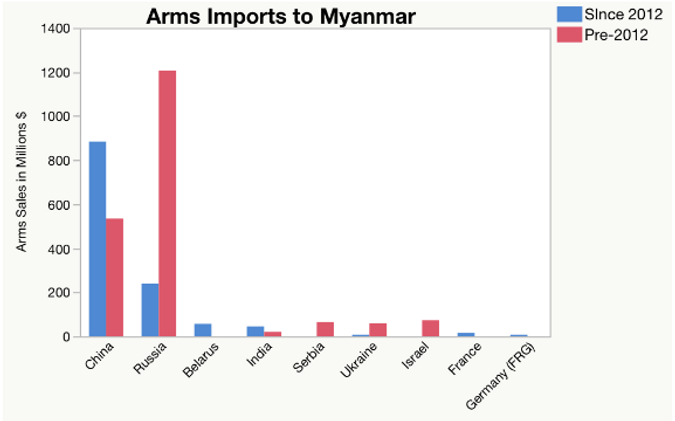 To be fair, there are allegations of unreported sales by private Israeli companies (not by the Israeli government) which identify a handful of high-tech patrol boats, an indeterminate number of specialized rifles that can shoot around corners, and military training. While it is true that Israel opposed any official arms embargo against Myanmar, allegations of substantive Israeli arms sales to Myanmar by private companies are unsupported. Although I am a Professor of Statistics and not a political analyst, it seems to me that opposition to a formal arms embargo is plausibly caused by Israel’s recurring need to walk the tight rope of maintaining high level diplomatic relations with foreign countries whose actions and policies it nevertheless does not like (including Myanmar) because international allies are so badly needed and in such short supply.