AIPAC Members Stand With Israel — As Americans, Not Foreign Agents 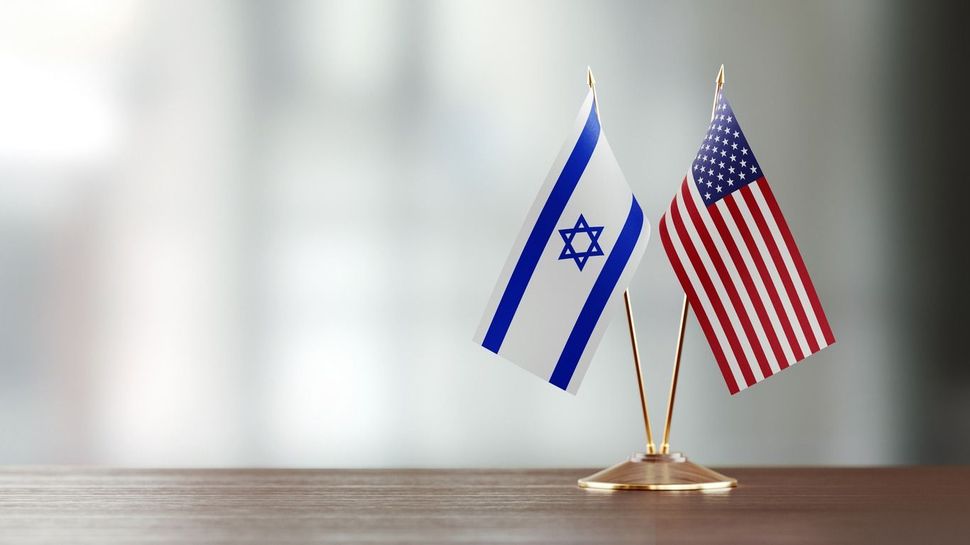 In his recent op ed in these pages, former AIPAC staff member MJ Rosenberg argued that AIPAC should register as a foreign agent. This argument requires a response from an insider. I worked at AIPAC for 25 years and remained a close admirer of the organization after I left in 1997 (Rosenberg’s attitude to the organization and Israel soured).

Rosenberg writes that AIPAC founder I.L. Kenen, known as Si, devised a workaround so that AIPAC would “not have to reveal its activities.” That’s just not true. As a lobby, AIPAC registers quarterly with the Clerk of the House and the Secretary of the Senate. In Kennen’s years, AIPAC was required to list all donors over $500. All was transparent.

In the early 1960s, Kenen and AIPAC were harassed and accused of working for Israel by the Arkansas senator William J. Fulbright and his aide, a former U.S. Army counter-intelligence officer, Walter Pincus, who later became a reporter for the Washington Post.

But AIPAC came out of that investigation clean, as it did in subsequent, perennial Foreign Agent investigations by the Justice Department.

Indeed, that is why AIPAC is called “America’s pro-Israel lobby” and not the “Israel lobby.”

I served as Si Kenen’s intern, and to my knowledge, I was the first of AIPAC’s thousands of interns. Our relationship was close, and I co-authored Kenen’s Media Monitor column in the Near East Report. We remained close after I moved to Israel in 1982.

Kenen’s wife Beatrice hosted a fundraiser for presidential candidate George McGovern in 1972. Ironically, that Democratic connection was the catalyst for the souring of the relationship between then-Ambassador Yitzhak Rabin and AIPAC. Rabin openly supported Richard Nixon, even flying on his campaign plane at one stage. Rabin’s dislike of American Jewry getting involved in U.S. foreign policy reflected what he learned from Henry Kissinger, who took the soldier-newbie diplomat under his wing. Kissinger objected to Jewish and Congressional interference on issues such as the pro-Soviet Jewry Jackson-Vanik amendment to the U.S. Trade Act. It was a policy that Rabin would adhere to.

It was not true that Kenen was outraged by AIPAC’s support of the occupation of the West Bank and Gaza during the last years of his life and that he became alienated from AIPAC, as Rosenberg claimed.

So Rosenberg’s claim that AIPAC chose to “separate itself from Israel” when Prime Minister Yizhak Rabin began to “actively seek peace and an end to the occupation” doesn’t hold water. Rabin’s problems with AIPAC, beginning with the McGovern contretemps, were over Congress’ involvement in challenging American arms sales to Arab countries and the Foreign Aid Bill. Showing his Kissingerian training, Rabin objected to Congressional interference in foreign affairs, preferring to deal with U.S. Administrations in one-on-one negotiations. By today’s terms, Rabin was a right-winger on peace issues.

Just weeks before his murder, Prime Minister Yitzhak Rabin was showing frustration with Yasser Arafat’s conniving and lying. In his last speech in the Knesset, on October 5, 1995, he said Israel would need to retain the Jordan River Valley and that Jerusalem would never be divided. “The borders of the State of Israel during the permanent solution,” Rabin declared, “will be beyond the lines which existed before the Six-Day War. We will not return to the June 4, 1967, lines. Changes will include the addition of Gush Etzion, Efrat, Beitar and other communities, most of which are in the area east of what was the ‘Green Line,’ prior to the Six-Day War.”

Kenen eschewed lobbying the American Executive Branch with its “Arabist” State Department. He totally placed his trust in the people’s Legislative Branch. AIPAC as an American lobby remains true to Kenen’s winning legacy.

Perhaps most troubling are Rosenberg’s assertion that Kennen was outraged by AIPAC’s support of the occupation of the West Bank and Gaza during the last years of his life, and that he became alienated from the occupation.

Kenen died in 1988, five years before the Oslo Agreement. In his last years, the AIPAC founder was suffering from the ravages of dementia. By the end of his life, Si was thoroughly alienated — from reality.

Lenny Ben-David worked for AIPAC from 1972-1997. He moved to Israel and opened AIPAC’s Jerusalem office in 1982. After serving as Deputy Chief of Mission in Israel’s Washington Embassy, he worked as a consultant and as a foreign agent for the governments of Turkey and Georgia. Today, he is the Director of Publications at the Jerusalem Center for Public Affairs and author of American Interests in the Holy Land (Urim, 2017).

AIPAC Members Stand With Israel — As Americans, Not Foreign Agents