A Letter From Pew Research On Our Israel Polling 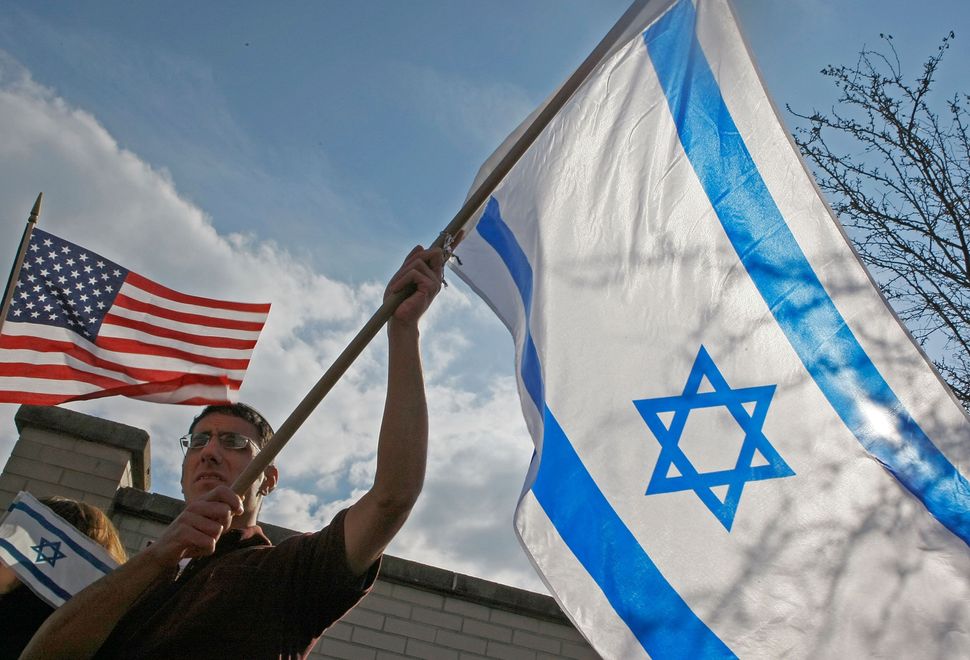 A pro-Israeli protester wave an Israeli flag in front of the United States Naval Academy November 27, 2007 in Annapolis, Maryland. A Middle East peace conference will take place today with diplomats from Syria, Saudi Arabia and many other Middle Eastern countries in attendance, the conference is the Bush Administration’s first attempt at brokering a peace deal between Israel and the Palestinian people since taking office in 200. Image by Getty Images

Laura E. Adkins discusses in her April 29 opinion piece (Almost) Everything You Knew About The Polls And Israel Is Wrong recent Pew Research Center and Gallup findings that examine public opinion towards Israel and the Palestinians.

Ms. Adkins thoughtfully examines several possible reasons, including differences in question wording, for why the two surveys got different results. She concludes that question wording is not enough to account for what she, in her own words, describes as the “radical difference in the findings.” However, as we pointed out in an email to Ms. Adkins when she was reporting this piece, the two questions do differ in a subtle but significant way: Pew Research Center asks respondents whether, in the dispute between Israel and the Palestinians, the respondent sympathizes more with Israel than the Palestinians; Gallup’s question asks whether their sympathies in the Middle East situation are more with the Israelis or the Palestinians. In our view, this difference — one question asks about the country of Israel, while the other asks about its people — is an important factor in the divergent results.

In addition, Ms. Adkins notes that the partisan composition of the surveys could account for some differences between our organizations’ findings. While partisan composition can vary, the partisan balance in our January 2018 survey is consistent with a significant Democratic advantage in partisan leaning in the general public long seen in Pew Research surveys (notably, that advantage narrows among registered voters).

Pew Research and Gallup have similar approaches to sampling and weighting. Neither we nor Gallup include partisan identification as a weighting characteristic. Both organizations weight to demographics including age, gender, race/ethnicity, education, etc. (Full details on our sampling design and weighting can be found on our website. Gallup also makes these details publicly available.)

Finally, we would not characterize, as Ms. Adkins does, that our survey found “support for Israel among Americans had plummeted.” Our most recent survey found that 46% said they sympathize more with Israel, which had not changed much from 51% a year earlier. As we noted in our report on the survey, “the overall balance of opinion has fluctuated only modestly since 1978, when 45% sympathized more with Israel, 14% with the Palestinians and 42% could not decide.”

A Letter From Pew Research On Our Israel Polling