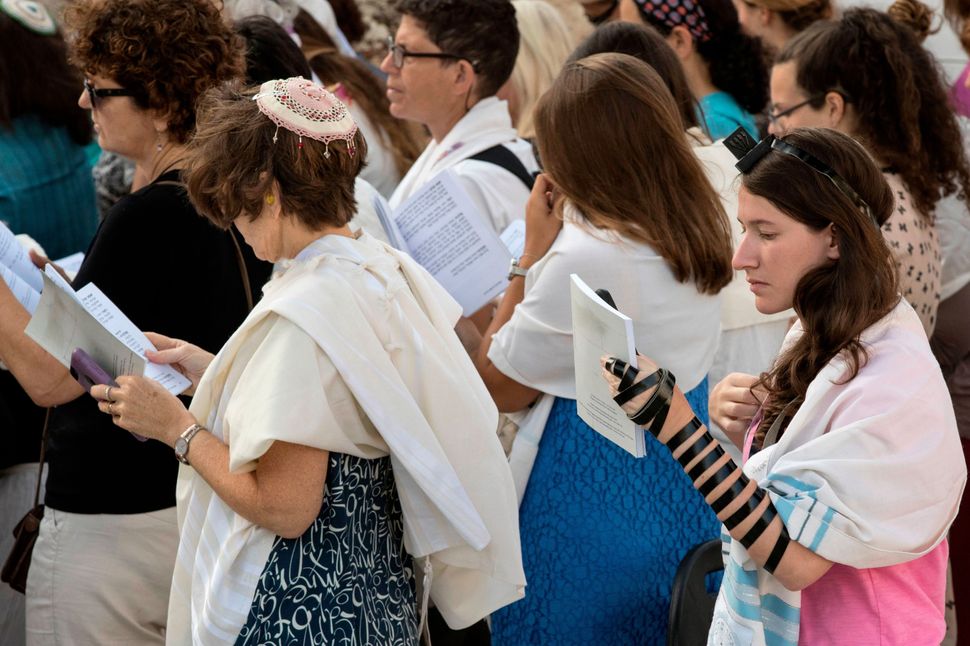 In 1992, when I was the first woman ordained in the State of Israel, I was an oddity at best.

This year, we ordained our 100th Israeli Reform rabbi, and they are serving communities and institutions all over Israel.

Over 25 years later, my daughter, a native born Israeli, great granddaughter of the founders of Rechavia, became a rabbi. She is serving a community in the lower Galilee founded by 3rd and 4th generation kibbutzniks, taking back the Judaism that their grandparents had discarded, but remolding it for the 21st century.

That is what we Jews have been doing for centuries.

I am a passionate believer and practitioner of the liberal religious Judaism that Einat Wilf and Ram Vromen denounce in their article, “Stop Trying To Bring Liberal Judaism To Israel. We Already Have Too Much Religion.” Our tradition goes back centuries, and begins with the radical idea that human beings are created in God’s image, and therefore deserving of respect and fairness.

This tradition evolved from numerous humanistic ideas about justice, social responsibility and caring for this planet, all found in the Torah. Our centuries of adaptation have remarkably kept our Judaism dynamic and meaningful to the modern person.

But Wilf and Vroman cannot fathom a liberal Judaism that roars in the names of prophets and rabbis while also demanding equal treatment for all, but it is very much alive and well.

Long before my ancestors landed on the shores of America, they were rabbis and teachers of a Hasidic tradition. That tradition, handed down at our Shabbat table by my father Rabbi Wolfe Kelman, required us to seek the holy spark in every person and to create places of love and generosity. It was that tradition that propelled my father and so many other Jews to march with Martin Luther King Jr. and be among the founders of interfaith dialogue.

It is true that when I arrived 42 years ago on the shores of Tel Aviv, this Judaism was incongruous and incomprehensible to many. But that was because so-called secular Israelis still walked and talked the Tanakh, quoted Hebrew poetry that is rich with Jewish references, lived a Jewish holiday cycle outside of the synagogue and ate at “secular” Shabbat tables.

In those days the Rabbinate was somewhat more tolerant than it is today when it came to weddings and funerals, making Israelis go through the perfunctory ceremonies and leaving the national holidays and secular memorials to the secular.

This “arrangement” worked in the first decades of wars and nation building. But things began to change by the 1980’s. Secular schools were cut and funds to support teaching secular western values or Jewish content through secular eyes were curtailed. The rise of the settler Movement and the growing power of the ultra-Orthodox pulled more moderate Jewish traditions (even the political ones) to extremes.

Wilf and Vromen represent a small group of Israelis who cannot cope with the changes that have occurred in Israeli society and culture. They feel that in 1977, the year when the labor Zionist government was replaced by the right-wing government headed by Menachem Begin, they lost their country.

Yes, there once was an Israel that was dominated by secular Ashkenazi Zionists and the Orthodox were a small restrained minority. All other voices were silenced. This is not the Israel I want to go back to.

Wilf and Vromen are incorrect when they write, “Liberal American Jews, accustomed to the American tradition of religion in the service of liberal values and progress, have observed these developments with dismay and incomprehension and perhaps even denial. They believe that the Jewish religion could play a different role in Israel.”

Wilf and Vromen’s rejection of liberal Judaism, sadly, shows their complete internalization of the hate and dismissal of the Rabbinate toward liberal Judaism.

We are heirs to a treasure of Jewish values promoting justice and fairness. Surveys and studies show that the majority of Israeli Jews want Jewish norms and practice in their lives. They will indeed eat shrimp, but they won’t touch bread on Passover; they will fast on Yom Kippur even while lounging at the beach.

Israelis are coming to our Reform centers and synagogues to seek community, prayer and social action, but mostly to celebrate life cycle events and get involved with Jewish study of the Bible and modern Hebrew poetry. Their knowledge of Hebrew gives them the most important keys to unlocking Jewish treasures, and those treasures are not the sole property of the Israeli Rabbinate.

We are certainly reaching out to secular Israelis to forge alliances for a liberal Israel, but it might be shocking to Wilf and Vromen that there are also Modern Orthodox Israelis who want an egalitarian, inclusive, tolerant and democratic Israel — and they want it as religious Jews.

Rabbi Naamah Kelman is the Dean of Hebrew Union College in Jerusalem descendant of 10 generations of rabbis and mother of the 11th.