Opposing Liberal Judaism In Israel Erases People Like Me 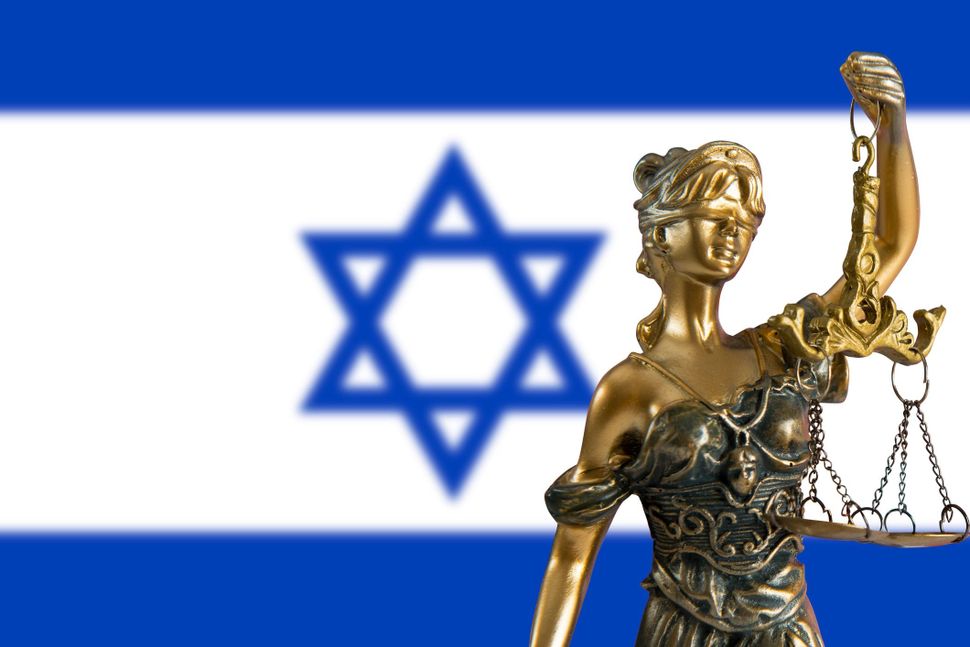 In their article from Aug 8, Einat Wilf and Ram Vromen write that the attempt to “import” liberal Judaism to Israel is a mistake on the part of American Jewry. It is important to note they write from the perspective of ones opposed to all religious efforts and as “believers” in a totally secular life.

The assumption that promotion of liberal Judaism is a concern only of North American Jews and is completely foreign to Israelis is arrogant and incorrect. My family made Aliyah from Latin America when I was a young child, but did not know about the non-Orthodox streams and discovered Masorti (Conservative) Judaism only once they were in Israel.

They found it because of the frustration they felt seeing that in “pluralistic” Israel one seemed to need to choose whether to be religious or liberal in terms of civic issues.

This mirrors the choice that Wilf/Vromen set forth, but my parents, and increasingly large numbers of others (non-North Americans), not satisfied with either of those options, found a different route.

The Judaism my parents found includes both spiritual and traditional values, and a commitment to liberal civic beliefs.

I know from experience that Wilf/Vromen are wrong. I grew up in Israel as a Masorti Jew. I served in the Israeli army and made my home in the Galilee. I served seven years as a Jewish Agency emissary to communities in the United States.

The assumption that so-called secular Israelis wish to disregard religion altogether is simply incorrect. Independent polls show that just about as many Israelis self-identify as Masorti or Reform Jews as do those who call themselves Haredim. This fact may not be immediately apparent because Masorti and Reform Jews do not form one political bloc but are spread over the Israeli political spectrum.

The significant growth of the liberal streams is especially impressive when one considers the discrepancy in government funding. Some reports have put government support for Orthodox programs, institutions and people as high as $2 billion a year. Compared to that, we all know the liberal streams have received bubkes.

We are encountering growing numbers of Israelis who are seeking a Jewish identification which allows a connection to traditional Judaism along with the liberal humanistic and feminist values that they firmly believe in.

At least from the Masorti perspective, I know that most of our growth is ground up, that is, people who approach us rather than because we are out there stirring up interest. One can only begin to imagine what our growth would be were we to have more appropriate government funding so we could do more outreach.

Hundreds of thousands of Israelis have expressed a belief that Judaism and liberal values can live hand in hand. They have expressed the feeling of being previously cheated and robbed of their ability to connect to Judaism because they were raised under the misleading impression that being acquainted with Jewish values, being well versed in Judaism and knowing how to pray would mean that they were required to give up all other civic values they believed in.

This is not the place to dwell in detail on the differences between how Jews identify in the Diaspora as opposed to in Israel. Suffice it to say that in evaluating the growth of the liberal streams in Israel, one cannot use synagogue “membership” in the way one would in the Diaspora.

As the Chair of the Masorti movement in Israel, and as an Israeli totally committed to pluralism, I respect and will fight for the right of people like Wilf/Vromen to be able to be Jews who claim no religious interest.

But that does not mean they have ownership over Israeli/Jewish identity. Cultivating ignorance and disconnect as a policy is not an answer to religious fanaticism. Rather, the only way Israel can survive as a Jewish and democratic State is by allowing Judaism to flourish in all of its colors.

My experience teaches me that the notion that liberal minded Israelis have no interest in Judaism is flat out wrong. Some don’t. That’s fine.

But all studies show that they are only a handful. In fact, as mentioned before, when one combines the numbers of Israelis that either identify with Masorti (or Reform) Judaism, with those who seek countless forms of moderate, modern, liberal pluralistic Judaism, the numbers are quite large.

Finally, I cannot overstate the danger inherent in the Wilf/Vromen premise. It not only alienates the Diaspora community and hundreds of thousands of Israelis, but it also contributes to the very frightening, fundamentalist direction that Israel is heading in.

By leaving all Jewish practice and knowledge to the ultra-Orthodox, you are handing them the keys to anything Jewish.

In this case, the result is decreasing pluralism and not increasing it since you will only have two options left: being a “devout-athiest-shrimp eating-Shabbat driving Jew,” or a “fanatical, carry-out-all-the Mitzvahs” one. That’s it.

Wilf and Vromen call on the American Jewish community to advocate for complete secularism in Israel, saying that anything other than that contributes to the threat of a polarized, fundamentalist society. Such a path would be dangerous and destructive of the links between Israel and Diaspora Jewry

A Jewish, pluralistic, liberal state of Israel is not just the dream of the liberal streams but is an absolute necessity.

Sophie Fellman Rafalovitz worked in Israel’s Ministry of Education and served as the National Youth Commission Chair and on the Executive Boards of the Masorti Movement and Marom Olami. She is currently chair of the Masorti movement in Israel.

Opposing Liberal Judaism In Israel Erases People Like Me