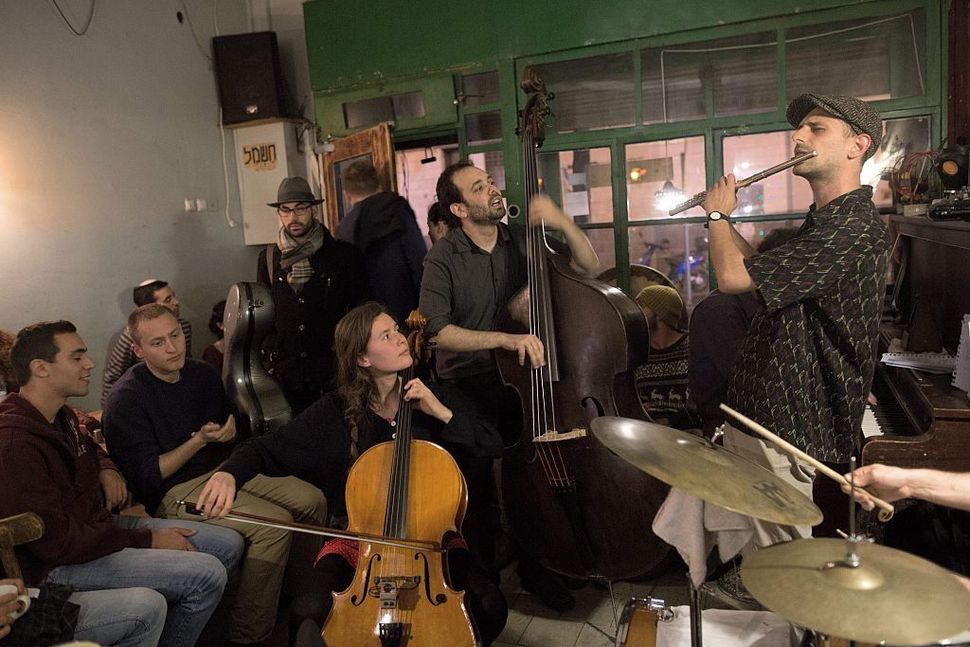 I have followed with interest the debate in these pages over recent weeks between the secular Einat Wilf and Ram Vromen and the Reform Rabbi Gilad Kariv over the proper place for Reform and Conservative Judaism in Israeli society. While each of the authors make several valid points, they all have several blind spots in their arguments.

Wilf and Vromen correctly assert that Reform and Conservative Judaism “are all but foreign concepts to Israelis.” While this may be regrettable for Kariv and many readers of this newspaper, this is largely true. Most Israelis do not understand liberal Judaism and do not feel at home in Reform or Conservative synagogues. Faith-based organized religion, however liberal and inclusive, remains an anathema to the plurality of Israelis who are secular-cultural Jews at their core.

However, what Wilf and Vromen fail to see is the possibility — and the need — for a variety of liberal religious and non-religious Jewish approaches in Israel today. The only type of Judaism they understand is a religious one, and the only type of Jewish religiosity they recognize is the Orthodox vein.

Moreover, the only type of secularity they uphold is one void of religious Judaism altogether. They, like the vast majority of Israelis, have fallen into the trap of allowing the Orthodox to dictate their understanding of religion by equating Judaism to religion to Orthodoxy. This is neither productive nor true. Ahad Ha’am, Bialik, Brenner, Berdyczewski and others were steeped in Jewish knowledge and driven by a deep sense of Jewish civilization, culture and creativity — without being Orthodox.

Kariv, on the other hand, correctly asserts that Judaism does not contradict liberal values and that there is a real need and thirst for more liberal approaches to Judaism in Israel. Liberal democratic values can be found in Jewish sources just as often as xenophobic exclusionary attitudes.

However, Kariv’s fallacy is in thinking that liberal Jewish denominations alone, with their growing, yet still exceedingly small number of rabbis and congregants, will change the face of Israel. While the liberal religious movements do indeed play a crucial role in promoting freedom of religion and are making strides in some Israeli circles, Conservative and Reform Judaism alone are not the panacea to the crisis of Jewish identity in Israel of today — and neither is Wilf and Vromen’s secular absolutism.

We all seem to agree that the Orthodox Israeli Rabbinate’s monopoly must be dismantled and that the question of Jewish identity is crucial to the future character of the State of Israel.

Yet, just as most secular Israelis are not about to join a synagogue, they also don’t want to live a life — or send their kids to schools — devoid of Jewish culture and spirit. Most secular Israelis are proud of their Judaism and want Jewish culture to be part of their lives. Only a minority are — or are ever going to be — absolutist-atheist-secularists like Wilf and Vromen.

Only a handful of Israelis are joining Reform and Conservative synagogues, but an increasing number are engaging in Judaism and Jewish culture in other ways — and many more would do so if they had the opportunity.

Rather than accept either Wilf and Vromen’s conclusion that “the choice is between illiberal religion and liberal secularism” or Kariv’s “liberal religion as a panacea” argument, I would like to suggest another approach. Judaism is much more than solely a religion, and secularity can be deeply and profoundly Jewish.

This secularism asserts that Judaism is a culture, a people, a folk, a tradition and an identity. This sort of secularism is being advanced by a growing number of Israelis joining cultural and non-denominational Jewish-Israeli organizations, communities and study programs like BINA: The Jewish Movement for Social Change. BINA’s approach, for example, is to strengthen the non-religious, cultural aspects of Judaism: Jewish learning and literacy, Jewish values of social action and collective responsibility, community building and communal Jewish expression. Not by trying to “convert Israeli secular Jews to (any) brand of religion,” as Wilf and Vromen claim that the liberal Americans are attempting to do, but rather creating a homegrown, non-synagogue-based Israeli cultural Judaism that is relevant, compelling and inspiring for all Israelis — whether they choose to have religion (of any type) in their lives or not.

Israelis who manage to see past the dichotomous secular-Orthodox narrative and are exposed to BINA’s formula of serious text-based study combined with thoughtful social activism understand that there is a way for Israel to continue to develop as a Jewish and democratic state. A thriving secular-cultural Judaism in Israel, alongside a diversity of Jewish religious denominations, is the basis for ensuring the Jewish people remain connected and committed to one another and to Israel as its spiritual home.