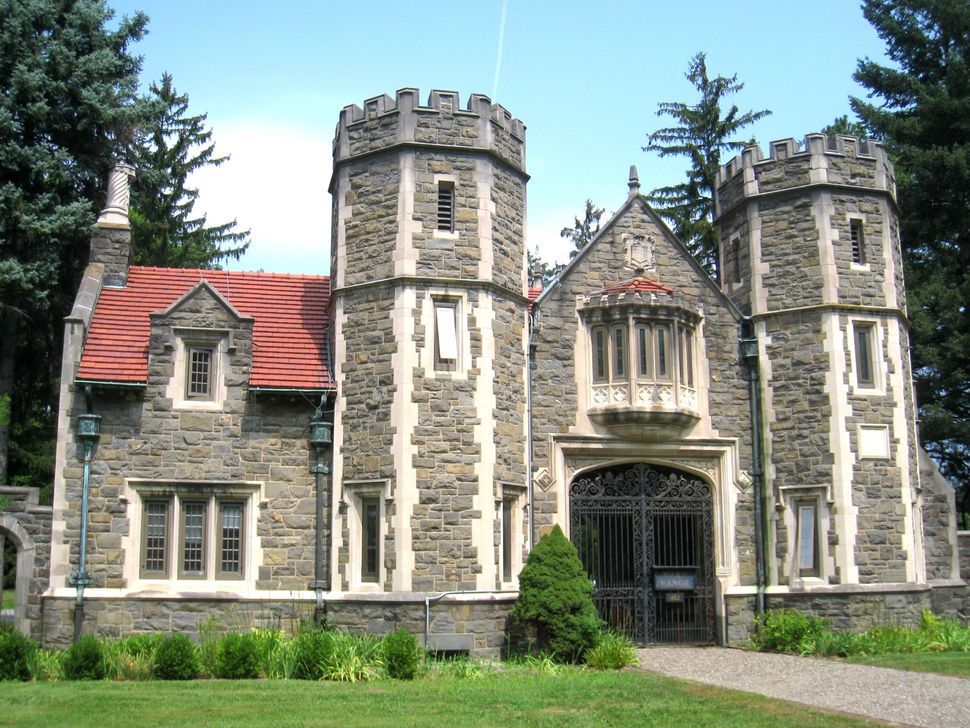 On Sunday, instead of building our family sukkah, instead of preparing for my daughter’s upcoming Bat Mitzvah, instead of doing the work that I needed to catch up on after traveling last week to present at the Hannah Arendt Center Conference on Racism and Antisemitism at Bard College, I spent the day fielding calls, texts, and social-media posts — some from friends and family checking up on me, some from journalists, and some from unfriendly and even menacing forces — after being attacked by a public figure on the Internet.

Batya Ungar-Sargon, Opinion Editor of The Forward, misrepresented my actions at the conference in a column published Saturday night. She described me as “egging on what was a blatantly anti-Semitic protest” of Ruth Wisse’s talk at the conference. Now I am in the position of having to defend myself, not for my remarks at the conference, but due to mischaracterization of what was a side conversation with a single distressed student between sessions.

Neither Ungar-Sargon nor anyone else at The Forward contacted me for comment before publishing her accusation. Here is my account, along with some ideas for next steps.

Shortly before Thursday’s panel, titled “Who Needs Anti-Semitism?” and featuring Wisse and moderated by Ungar-Sargon and Shany Mor, I emerged from a bathroom to see Ungar-Sargon speaking with a student who looked upset. My former-high-school-teacher-instinct kicked in, and I went over to see if this young person needed help.

Ungar-Sargon was appealing to the student to not protest Wisse, noting that she is a Holocaust survivor. “This is anti-Semitic,” Ungar-Sargon said. “Why are you protesting the only all-Jewish panel at the conference?”

The student referred Ungar-Sargon to their flyer, which referenced Wisse’s well-documented prior bigoted statements about Palestinians. Ungar-Sargon urged the student to protest the panel we were both slated to be on the next day, about Zionism, saying again of Wisse: “Don’t protest her, she’s a Holocaust survivor.”

I turned to the student, shook my head, and said I disagreed. I believe in respecting elders, honoring the legacy of those martyred in the Holocaust, and being sensitive to the needs of survivors, but I disagree that a student should not protest a controversial speaker, in accordance with the rules of their school, simply because the speaker is a Holocaust survivor.

Also, to be honest, in the moment, I was uncomfortable that Ungar-Sargon was encouraging the student to protest our panel the next day, where I planned to share deeply personal reflections on how racism in the Jewish community has affected me and other Jewish people of color. I didn’t want to be protested when I already felt vulnerable as one of only two Jewish people of color speaking at an entire conference on racism and anti-Semitism.

After Ungar-Sargon left, my conversation with the student continued. “I’m Jewish,” I shared.

“Me too,” said the student, adding that several others in the protesting group were as well.

I went on. “I don’t know what you believe, and I may not agree with you. But you should use your voice.”

Eventually, the student did not join the protestors at the front of the hall, or hand out more flyers, instead sitting and listening to the discussion.

That is how I supposedly “egged on the SJP protesters,” as Ungar-Sargon charged in her column. If that had been my aim, I totally failed. Actually, I inadvertently disrupted the protest, interrupting the distribution of flyers and delaying one of the protestor’s enterance to the auditorium.

The Forward not only mischaracterized my actions, but publicly identified me as perpetuating anti-Semitism, without talking to me about it first and without giving any kind of picture of who I am. The article did not mention that I am Jewish, African-American and a longtime educator, nor that I am launching a regional Jewish diversity initiative after a 2019 analysis estimated the number of Jewish people of color in the United States at 1 million — and also found that American Jewish community life can be unwelcoming to diversity.

Here’s an example of unwelcoming: Ungar-Sargon’s article uses my name and accuses me if anti-Semitism, but with no description of who I am, while others are either left anonymous — “academics and writers and intellectuals” — or listed along with their jobs or credentials.

This highlights one of the biggest issues Jewish people of color face. As another Black Jewish woman messaged me: “I am so upset by this. You need to say what this means for our community. We are often singled out, even accused of weakening the Jewish communities we love dearly, and placed as some sort of ‘other’ who makes ‘real’ Jews feel unsafe.”

As a public figure, Ungar-Sargon knows the impact of unfounded public accusations. And I know that it’s really hard to consider the impact of victimizing others when you yourself are feeling victimized. But when a person holds an important leadership position, and especially when they are a journalist, it’s actually part of their job as well as their moral obligation to resist that pull. And we have to push now more than ever in recent memory for the highest standards of journalistic integrity, especially in our iconic media outlets.

Compassionate dialogue over difficult subjects should happen in an inclusive and respectful way. I would like a public apology from Ungar-Sargon and a public retraction of the accusation, and then would like to be in dialogue with her on how to repair the harm that has been done.

Shahanna McKinney-Baldon is the director of the Edot HaMidwest Regional Jewish Diversity Collaborative.