The virus is the enemy — not us 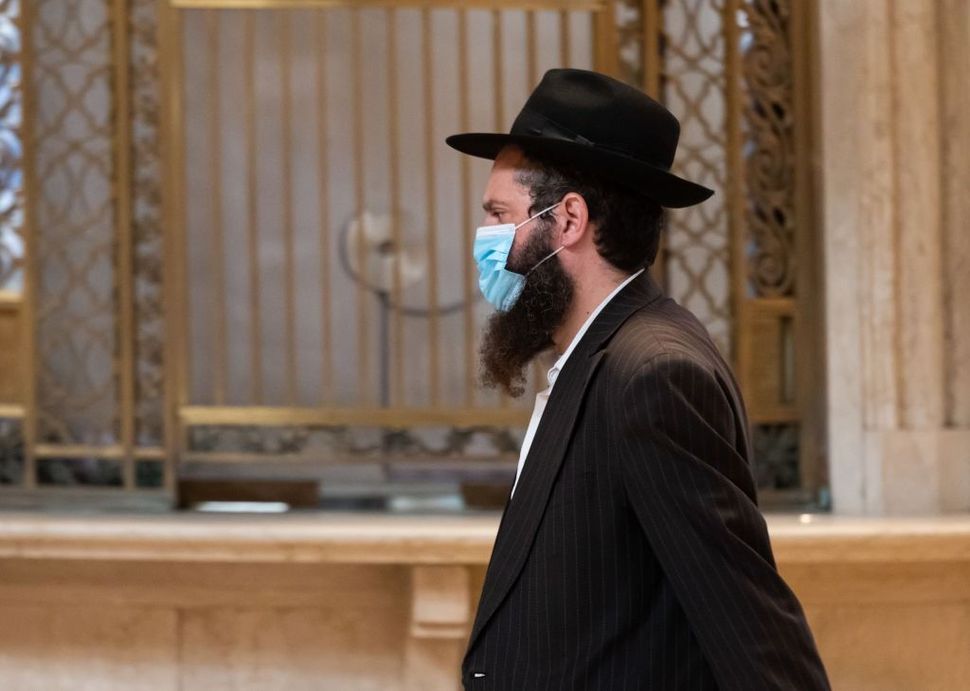 In an Op-Ed published in The Forward, Avi Shafran of Agudath Israel denigrated the Judaism practiced by the overwhelming majority of Jews in New York. He seemed to be arguing that only Haredi Jewish leaders can speak for our city’s Jewish community. This could not be further from the truth.

With COVID-19 once again spreading through parts of New York and the threat of a second wave looming, Gov. Andrew Cuomo and Mayor Bill de Blasio took difficult steps towards reimposing shutdowns in the highest-risk neighborhoods. Closing schools and houses of worship is hard for everyone, but we know that the best way to get them open again is to stop this virus in its tracks.

Unfortunately, a minority of Haredi Jews in Borough Park disagree: they have shouted down public-health officials, instigated violent attacks against journalists, and filed misguided lawsuits claiming that their practice of Judaism requires an exemption from public-health restrictions.

Jews of all denominations stood together and unequivocally condemned this position under the umbrella of our organization, New York Jewish Agenda. Within a few days, nearly 500 rabbis and other leaders had signed our statement calling for all Jews to join us in adhering to pikuach nefesh, the preeminent Jewish value of preserving human life. The signers included Orthodox rabbis and made clear that we are obligated as Jews to wear masks and avoid mass gatherings when lives are at stake.

No one should risk their health or the health of their loved ones by attending a large indoor religious gathering, whether it takes place in a church, a mosque, or a synagogue. As Jews, we are especially pained when we hear about the hundreds of congregants whose lives were endangered when they attended Yom Kippur services led by a Borough Park rabbi infected with COVID who did not wear a mask, or when we read about the 10,000-guest wedding being planned in Williamsburg for the coming week.

Of course, Orthodox Jews are not the only individuals who have struggled to comply with the changing restrictions. The virus does not distinguish between Jews and non-Jews or among Jews of different denominations. When the governor and mayor have implied that there is something particular to Jewish religious practice that presents a threat to public health, we have not hesitated to call them out.

Having lost in the court of law, Shafran desperately redirected his frustration with the COVID-19 restrictions away from the governor and onto NYJA and the hundreds of rabbis who signed our statement. He suggested that these rabbis have no right to opine on the issue because they interpret Jewish law differently than he does.

The rabbis on our statement represent the views of the overwhelming majority of New York Jews, while Shafran aligns himself with a small minority within the Haredi community that has flouted public-health restrictions and resorted to violence against fellow Jews who disagree with them.

The rabbis on our statement are every bit as committed to their Jewish religious practice as Shafran, and they have fought vigorously to protect their right to express their Jewish faith. They emphatically oppose antisemitism in all of its forms, including when it has shown up in the government’s COVID response. They have an absolute right and responsibility to speak out here.

If Shafran wants to debate public health policy, he ought to focus his energy there instead of making spurious claims of antisemitism or professing to defend religious liberty. Eight months into this crisis, most New Yorkers and most Jews recognize the significant sacrifices we all must make to defeat this virus and reopen our houses of worship. Shafran is fueling the intransigence of a small minority of our community that refuses to listen to science.

In trying to spin our statement as name-calling, Shafran missed the point of our message. We believe, as our tradition teaches, that saving a single human life is the equivalent of saving the entire world, and that any Jew who claims to live in alignment with Jewish law or values must support the life-saving measures that we know stop the spread of COVID.

We are not the enemy, Mr. Shafran. The enemy is the virus, and we can only defeat it if we stand united as Jews and as Americans.

The virus is the enemy — not us