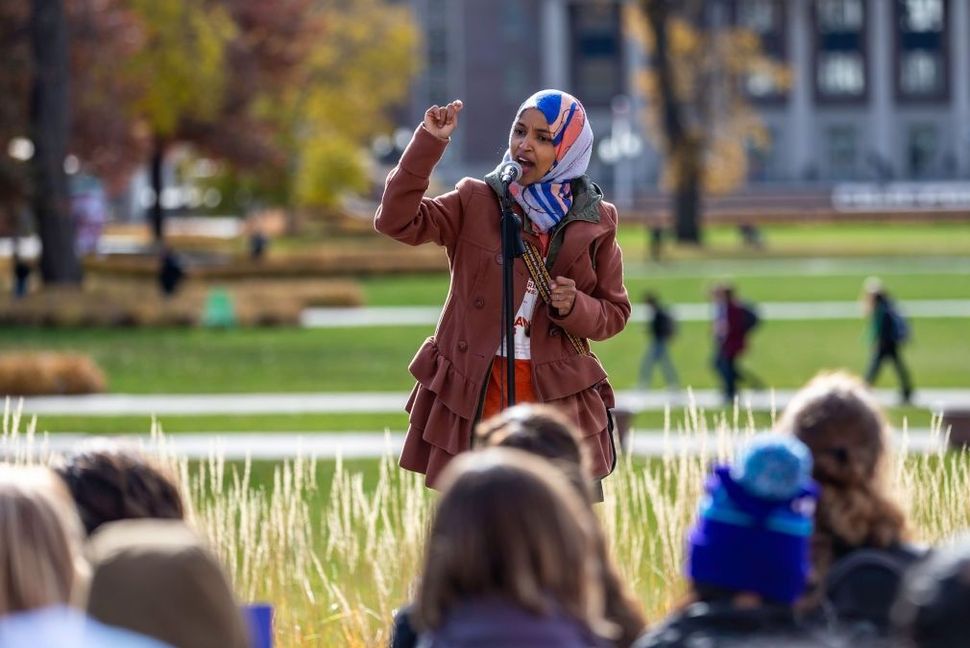 The Jewish Democratic Council of America’s CEO, Haile Soifer, in these pages, attempted to minimize Ilhan Omar’s antisemitism. Soifer’s op-ed, “Don’t Compare antisemitism on the left and right. Marjorie Taylor Greene proves it’s not the same” is a classic case of left-wing revisionism.

Soifer suggests that the only moment of note when Omar expressed hatred for the Jewish people was her 2019 tweet asserting that U.S. support for Israel is all about “the Benjamins.”

In 2012, Omar tweeted that “Israel has hypnotized the world, may Allah awaken the people and help them see the evil doings of Israel”.

She has advocated for the University of Minnesota to divest itself of Israel bonds.

Omar supports the antisemitic Boycott, Divestment and Sanction (BDS) movement. Omar Barghouti, the co-founder of BDS, has said the purpose of BDS is the “euthanasia” of Israel and “accepting Israel as a ‘Jewish state’ on our land is impossible.”

Omar has criticized the Jewish State as an “apartheid Israeli regime.”

House Resolution 496, which Omar co-authored along with Rashida Tlaib, indirectly favorably compared boycotts of Israel to boycotts of the The Third Reich.

Notwithstanding Soifer’s revisionism, Omar’s antisemitism is longstanding, and cannot be excused.