Letter | Arizona is a great place to be a Jew 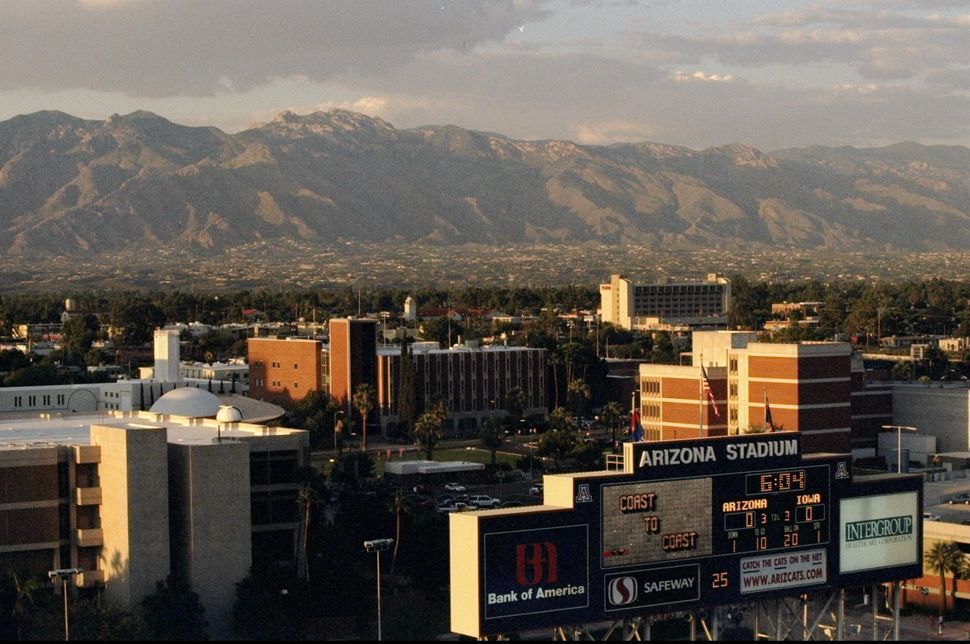 I was disappointed by Amy Silverman’s June 28 article in the Forward. Arizona is a great place to be a Jew.

While Silverman asks why any Jew would stay in Arizona, the reality is that our Jewish community is active, vibrant and proud of being Jewish in the state.

Arizona is not the right-wing crazy-town Ms. Silverman makes us out to be. Arizona voted for President Biden in the 2020 election and has two Democratic Senators— Mark Kelly and Krysten Sinema. And while it is true that some of our congresspeople helped support the January 6 insurrection, so did representatives from bigger, bluer, Jew-ier states like New York and California.

When it comes to antisemitism, I feel that Arizona is no worse than any other state. The Jewish community of Tucson was devastated by two recent acts of vandalism on our synagogues but part of the reason we were so heartbroken is because those kinds of antisemitic attacks are not something we are used to.

In recent weeks more about 150 Tucsonans gathered to rally against antisemitism— an event conducted in Arizona summer heat with support from our mayor and interfaith leaders.

Arizona is a great place to be a Jew. While it gets very hot in the summer, our people are very comfortable being in the desert. The one thing we lack in Tucson is a Jewish deli… so to any restaurant entrepreneurs out there, our tongues are hanging out for a good corned beef down here.

Letter | Arizona is a great place to be a Jew