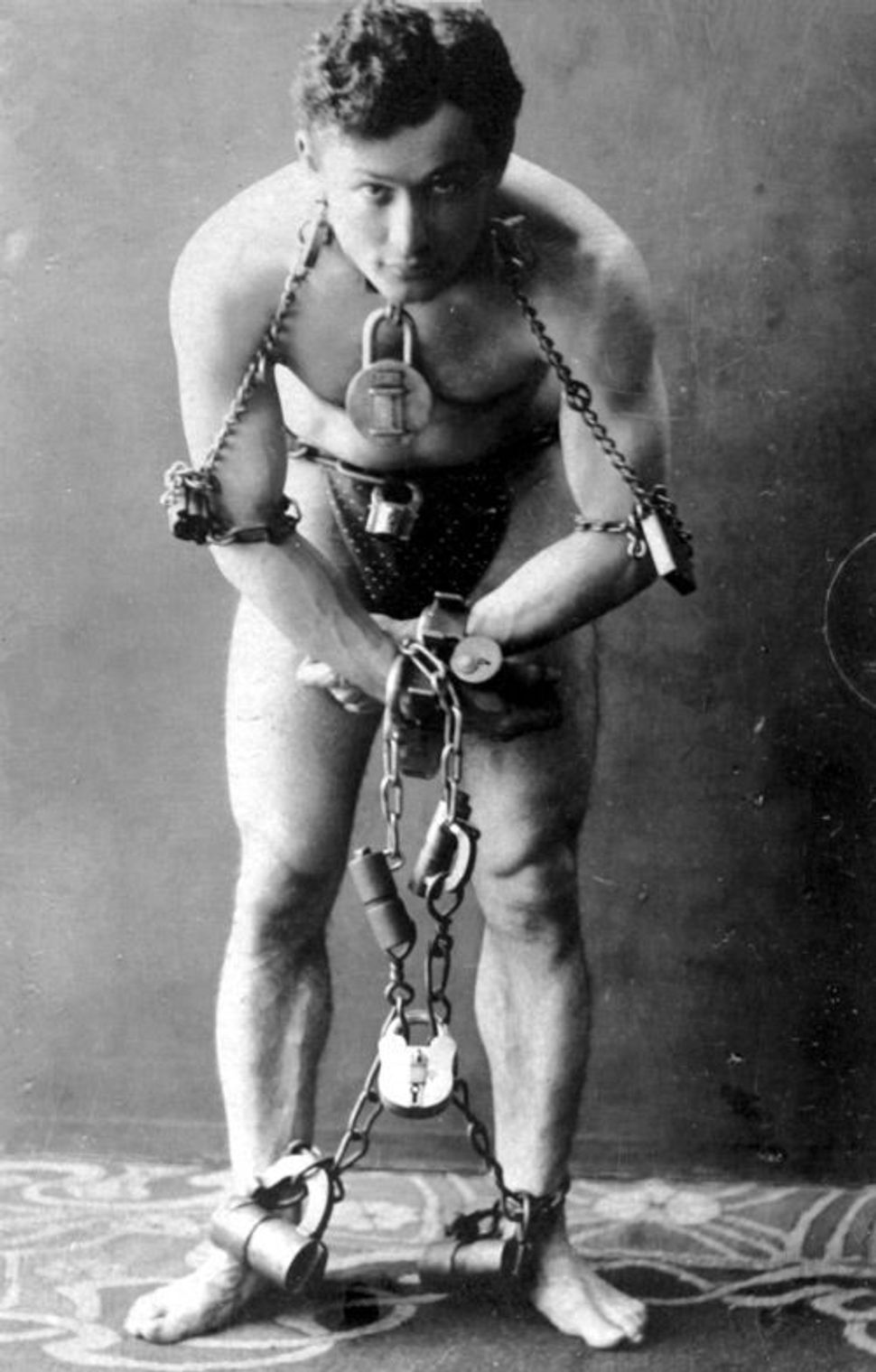 The great escape artist Harry Houdini may have been finally done in by a well-aimed punch to the gut, but his spirit endures. And not just because of the yearly séance, either.

Besides being the “Handcuff King and Jail Breaker,” Houdini was also a prolific author. Now, the entirety of The Harry Houdini Collection from the Library of Congress — some 31 texts or so — is available on Google Books.

Though remembered for his death-defying escapes rather than his literary output or his religious piety, Houdini (also known as Ehrich Weiss) was a Jewish immigrant from Budapest whose father, Mayer Samuel Weiss, served as the Rabbi of the Zion Reform Jewish Congregation in Appleton, Wisconsin.

Perhaps the spirit of Talmudic skepticism was transmitted to him, however, because Houdini was also a notorious debunker of paranormal phenomena. This fact is reflected by the Library of Congress Collection, which includes such tantalizing titles as “Confessions of a Medium” and “The Right Way To Do Wrong: An Exposé of Successful Criminals.”