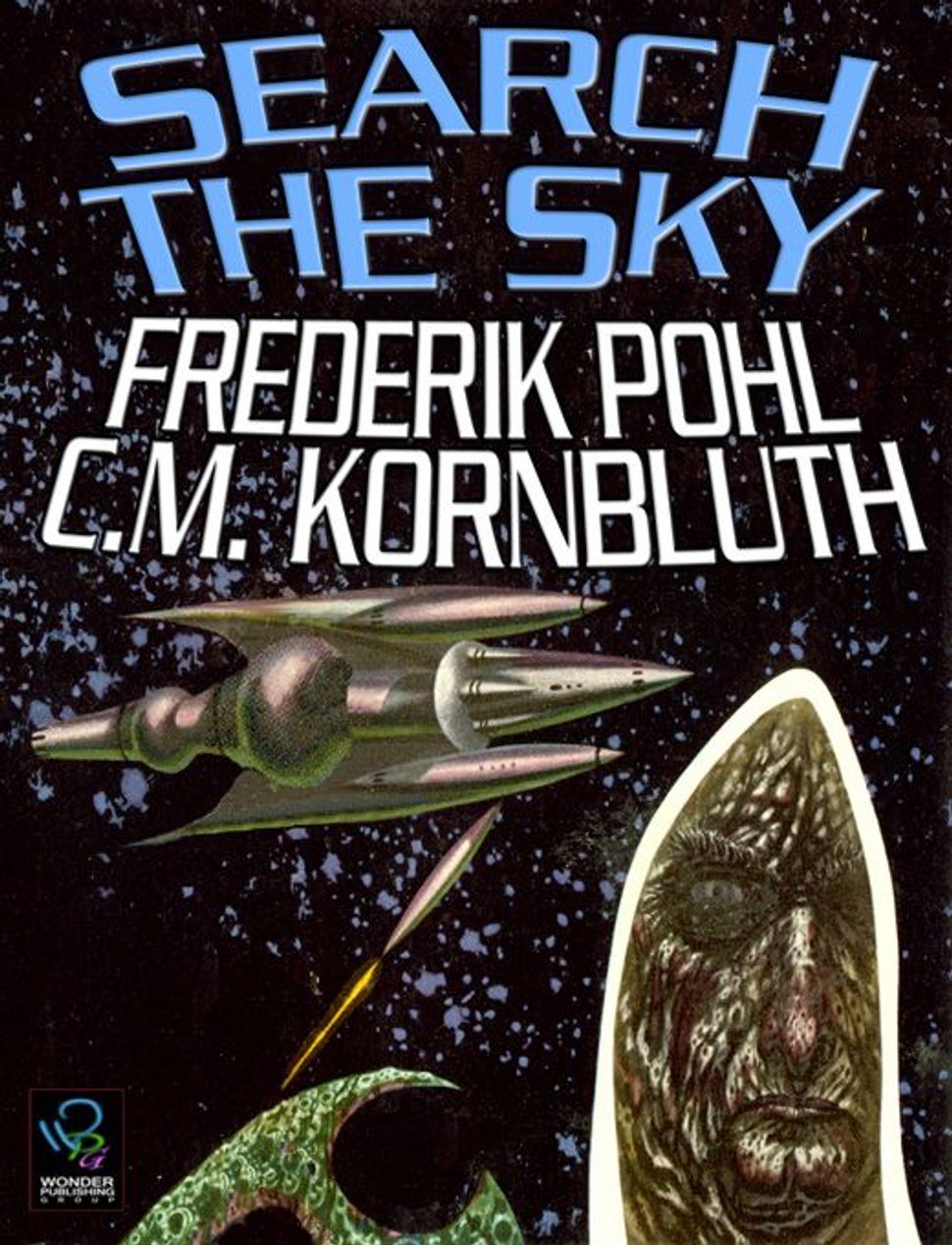 Readers of the intelligently edited anthologies “Wandering Stars: An Anthology of Jewish Fantasy & Science Fiction” and “More Wandering Stars: An Anthology of Outstanding Stories of Jewish Fantasy and Science Fiction,” both from Jewish Lights Publishing, are aware that the postwar development of the sci-fi genre was to a large extent a Yiddishe invention.

Of Polish Jewish origin, Kornbluth, a native New Yorker, was the nephew of the eminent London Yiddish theater manager Nathan Isaacovitch. Kornbluth was a teen prodigy sci-fi writer before joining the infantry during World War II. As Asimov wrote in 1941, “The world is sufficiently horrible today for escape to be found in screwiness [i.e. fantasy fiction] rather than horror.” After the war, Kornbluth, having witnessed firsthand the sufferings of newly liberated concentration camp prisoners, began to publish a series of pulp novels under pseudonyms as well as sci-fi written alone and in collaboration.

Such unsparing tales as “The Marching Morons” (1951) recount how so-called intelligence bows to fascism, and Nazi crematoria meld with atomic bombs in an apocalyptic view of the future. Other futuristic stories like “The Mindworm,” deal with mutants, while “The Little Black Bag” features alcoholism and murder.

The literary agent Virginia Kidd called Kornbluth a “strict Jewish moralist,” and his novel “Not This August” posits an America defeated by the combined forces of Russia and China, with visions of camp prisoners like those whom he encountered in wartime Europe. Doubtless Kornbluth would have further explored such themes, but he died tragically young, at age 34, of a heart attack brought on by overexertion. His literary legacy fits in with a gritty school of postwar Jewish sci-fi writers who refuse to envision a sunny Utopian future for mankind, given the grim lessons of recent history.

Watch Cyril Kornbluth’s “The Little Black Bag,” as adapted for TV in 1952 on the series “Tales of Tomorrow”: