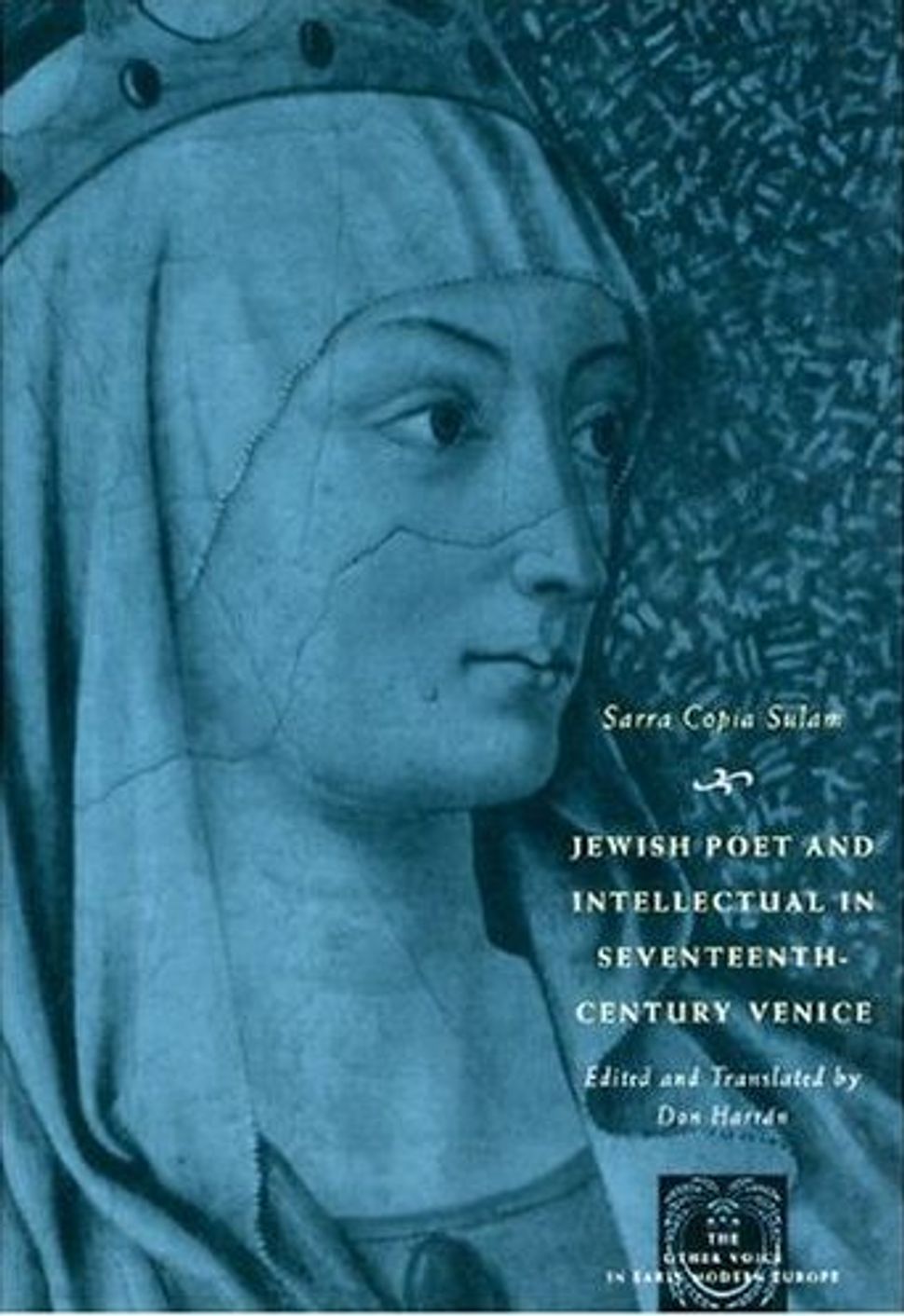 According to Don Harrán, Sarra Copia Sulam was the first Italian Jewish woman to “excel” as a public literary figure, writing in various forms and leaving a “personal imprint on them.” She was a kind of Susan Sontag of the Venetian Ghetto. Sulam was also prominent because of her beauty and wealth (her husband was a banker/moneylender whose brother, also a banker, was likely a patron of Salamone Rossi).

Harrán, Professor Emeritus of Musicology at the Hebrew University of Jerusalem, has published a series of landmark studies, including “Salamone Rossi: Jewish Musician in Late Renaissance Mantua” (Oxford University Press, 2003), about the Italian Jewish composers of the late Renaissance and early Baroque. Harrán’s latest publication, from the University of Chicago Press, “Sarra Copia Sulam: Jewish Poet and Intellectual in Seventeenth-Century Venice” is equally rewarding and enlightening.

Sulam’s public literary career lasted only from 1618 to 1624, after which she focused on charitable works. Her writings include lyrical effusions like “Sonnet to the Human Soul”:

O divine form of mortal life
And sublime end of God’s works,
In which He expresses Himself and His power….

There is also a lengthy correspondence with the Catholic author Ansaldo Ceba, who ardently tries to get her to convert, which Sulam refuses to do, essentially telling Ceba to go get circumcised (!)

Also a gifted musician at a time and place where a few Jewish women excelled in this domain, Sulam spoke out at a time when women were often seen as possessions or prisoners of their spouses (Horrifically, Sulam’s own sister Diana was blinded by her husband because he suspected her eyes of straying towards other potential lovers). Sarra Copia Sulam is a voice to be remembered.

Listen here, to selections from a CD of Rossi’s music by the Ensemble Profeti Della Quinta, recently released by the Swiss label Pan Classics.