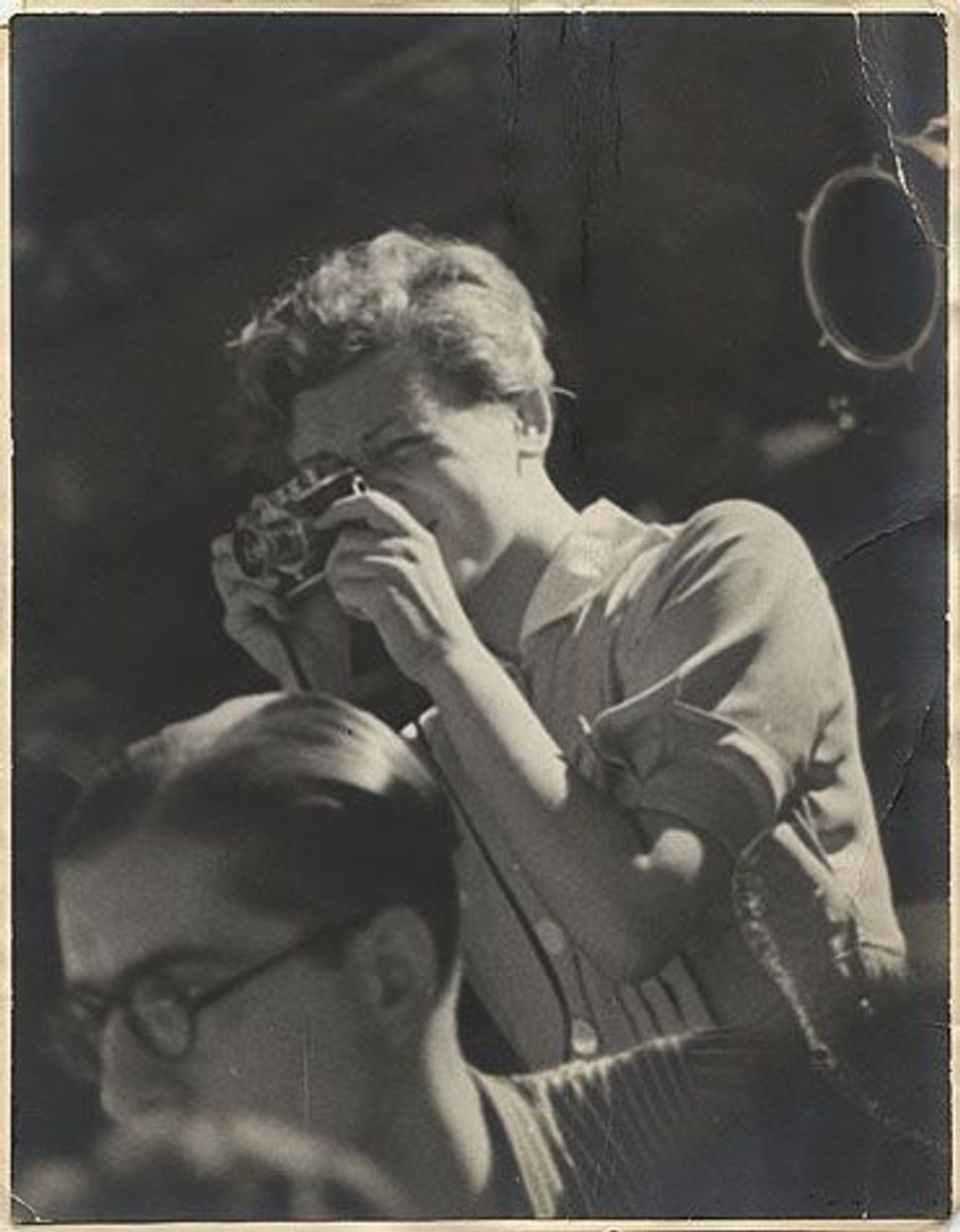 The German Jewish photographer Gerda Taro (born Gerta Pohorylle in Stuttgart, to a family of Polish Jewish origin) has long been overshadowed by her companion, the legendary photographer Robert Capa.

However, that may soon change. Taro (1910- 1937) was the first female war photographer, capturing powerful images of the Spanish Civil War, and was sadly also the first female photographer to be killed in a combat zone. Just as Capa, a Hungarian Jew born Endre Ernő Friedmann, used a pseudonym to add “American” glamor to his photos, so his companion assumed the name Gerda Taro for a Greta Garbo-like Hollywood mystique. And her Hollywood-like dreams will soon be fulfilled.

In October, the American Jewish director Michael Mann announced plans for a feature film, “Waiting for Robert Capa,” about the tragic Taro-Capa romance, scheduled for release in 2012. Adapted from a Spanish bestseller, “Esperando a Robert Capa” by Susana Fortes, which tellingly reproduces a photo of Capa alone on the cover, the film may finally give long overdue attention on Taro’s artistic gifts.

These gifts are also clearly visible in a new edition of “Gerda Taro” from Steidl Books, the first edition of which served as catalog for a well-received 2007-2008 exhibit at New York’s International Center Of Photography (ICP).

Taro’s images movingly express concern for how war affects women and children, not just soldiers. Taro also captured moments of joyful vivacity even in dark times, which was typical of her dynamic nature; a photo taken by Capa of Taro sleeping in pajamas shows her arms and legs positioned on the bed as if she were running a marathon, even in dreamland.

Yet another upcoming exhibit at the ICP, scheduled for fall 2010, will focus on the 2008 discovery of a long-lost suitcase containing thousands of images taken by Taro, Capa, and their friend Chim. This material has already inspired a vivid website by London-born photo curator and documentarian Trisha Ziff.

So far generally reported as a “Capa” story, it is to be hoped that the new material encourages further individual appreciation of Taro as a unique, utterly fearless artist, rather than a mere extension or reflection of the equally great Capa.

Watch a news report about a 2009 Barcelona exhibit of Capa and Taro’s war photos below.