Summer Stylin’ in the YamulKap 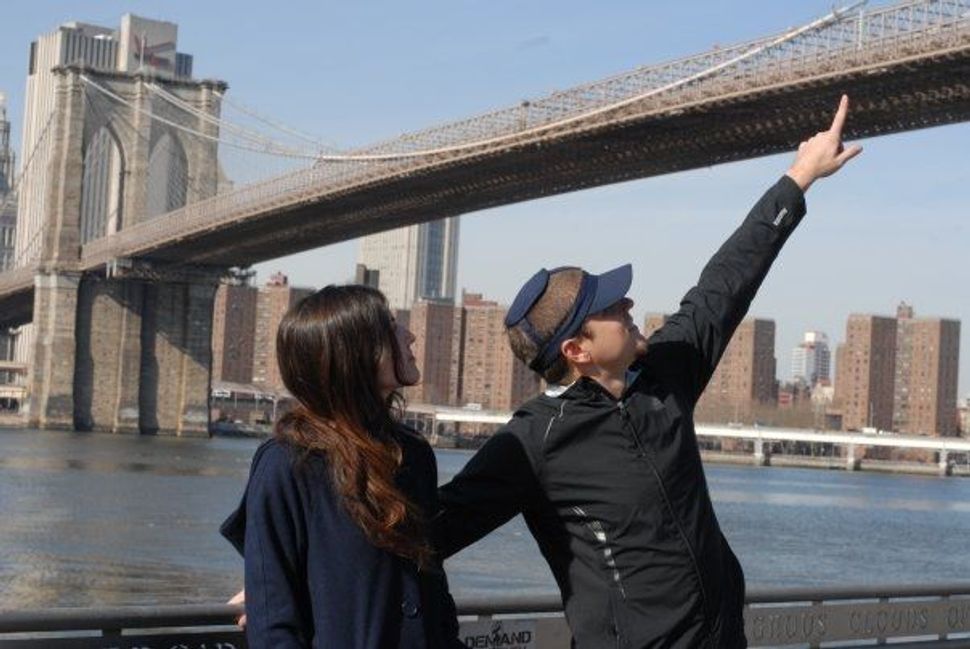 Despite their common purpose – as a sign of respect toward God – yarmulkes come in a variety of shapes, sizes and designs, from the black velvet style worn by Haredim, to the mid-size satin skullcaps distributed at Reform bar mitzvahs. But with summer fast approaching, keep your eye out for the stylish YamulKap, dubbed a “perfect combination of yamulka and visor cap.”

Jewishly chic, the YamulKap is a simple blue cotton yarmulke fastened to a blue visor by three straps. YamulKap creator Seth Mosler came up with the idea over summer 2008 after noticing sun-drenched Jewish men relaxing in New York’s Central Park without protection.

On sale for $12.95 by direct mail only, it’s being marketing as a solution to hatless summer campers and weekend picnickers.

But, perhaps it’s not as ridiculous as it sounds. The Talmud says that Jews should cover their heads “so that the fear of heaven might be upon you.” Fair enough, but the heat of the sun can be just as bad.

Summer Stylin’ in the YamulKap